Republicans: You Won the Emerald City, but Don't Forget Kansas

There is no greater feeling than winning. And for Trump supporters, it is indeed Christmas every day.
·         The pipelines are getting built.

·         Abortionists and their organizations are losing funding. Congress has restored and respected the sovereignty of the several states.

·         Neil Gorsuch has been confirmed, and now that the Republicans in the US Senate stood their ground to win the nomination, while exposing the perverse partisanship of the Democratic Party.

·         The other appointments to Trump’s cabinet are opening a new wave of policy changes and enforcement.

However, these winning appointments have exposed an embarrassment of riches. As conservatives move up the chain of command, someone has to take their place. Indeed, like Dorothy Gale reaching the Emerald City and defeating the Wicked Witch of the West, they have their victories.

Former Governor Robert Bentley easily replaced US Senator Jeff Sessions. But for Congressmen, many of whom have moved into the White House Executive staff, state officials have begun calling special sessions. With Mike Pompeo now directing the CIA, and Tom Price heading the Department of Health Human Services, Republicans need to lead special elections and fill those seats with more Republicans to further Trump’s agenda. 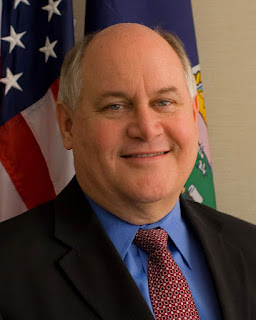 One week ago, I was reading some alarming headlines about Pompeo’s seat in Kansas, which includes the bluish city of Witchita:

“Democrat in neck-and-neck race with Republican for deep-red seat”
“Republican Party invests last-minute infusion of cash into Republican seat”
“US Senator Ted Cruz rallies to help candidate hold onto
“Congressional seat in Republican stronghold about to slip into Democratic hands?”

The media depicted a long-shot Democratic upstart as the candidate to flip a Congressional seat in the Sunflower State. The Republican candidate, a two-term state treasurer was in a dead heat according to internal poling.

NO! The flying monkeys are going to carry us away!

Nope! At the end of the day, the RNC clicked their ruby slippers and brought their candidate home. The Republican did win, but it was pretty close for a seat which President Trump had carried by 27%, even after his rival Ted Cruz had won the Kansas primary last year.

What happened? What do Republicans—and all of us—need to learn from this?

1. Politics is not a one-time sport, but a demanding marathon. President Trump and We the People need as many people as possible in Washington voting for what we want. We have often heard about the Left: “They never stop, the never rest, they never sleep.”

2. There are no morals left among the Democratic Party ranks. They will fight until crushed. Wake up Republicans, this is not like L. Frank Baum’s Wicked Witch of the West. More than a bucket, but a floodgate full of water is what it will take to melt away this corrupt, communistic political enemy in our country. 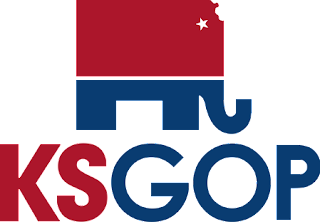 Remember, the Democratic Party has remained as true as ever to their core push for power at all costs, power for power’s sake. They have no problem with lying, cheating, stealing, and ballot-box stuffing (I should know: I live in California). Turning Machiavelli’s political maxim on its head, they stand by the claim that might makes right and the ends justify the means.

That’s all true, and we conservatives must further learn that the demonized Democratic Party will fight to their death, doubling down on their socialist delusions. After all, Wikileaks exposed how brazenly the DNC Chairwoman Debbie Schultz cheated to deny Bernie Sanders a fair shot at the nomination. Add to that the blunt flip-flopping from Crooked Hillary.

3. Republicans candidates running for re-election cannot get lazy and trust that Trump’s coattails will continue pulling up the entire national Republican ticket. Just because a district has a large voter registration advantage does not mean that the Republican should not work for the win. Even in California, crazy Democrats like Maxine Waters campaigned hard in their districts. One assembly seat fell into Democratic hands (albeit by 100 votes) because the Republican contender got cocky and stopped campaigning after a winning primary.

4. Politics is still local, though not entirely. Kansas is laboring under the mixed-results policies of Governor Sam Brownback, whose supply-side economics policies have upset fellow Republicans and constituents. I still agree with Brownback’s decision to massively cut taxes and spending, but his controversial policies have had pill-over effects.

Republican National Committee leaders must understand that a string of victories at the federal level will not guarantee victory at the local level. They also need to research any hostile elements at the ground level and work to combat them.

5. The media are still lying and will continue to spin everything against Republicans. Republicans can revel in President Trump’s routine, effective trashing of the media, but they are still attacking. To our benefit, the media frauds are spinning their rejected narratives into a self-defeating death spiral. Consider how the latest reports about Pompeo’s vacated seat alerted Republicans to put resources in right away!

6. Democratic anger and mobilization is not wining. The Democratic Party had every advantage handed to them for this election: a non-campaigning candidate, diverse controversies, plus a souring state Republican Party brand. Bernie Sanders and other Democratic progressives are marshaling resources all over the country, and they are hitting red states to bring Democratic operatives into some relevance. They will fail, as long as Republicans deliver on their promises and work for their elections.

Also, Republican leaders are not just sitting back and letting individual candidates fight on their own. For years, the Democratic Party had no problem dispatching Bill Clinton or even the Vice President to rally for a faraway Congressional or even state legislative seat. Republicans are finally fighting more readily for those seats.


Let’s hope that Republican operatives stop riding Trump’s coattail and fight hard for the special elections in Georgia, South Carolina, and for every seat in 2018.
Posted by Arthur Christopher Schaper at 10:17 PM