Ending her last year in office, Oklahoma Governor Mayor Fallin signed off on conservative, essentially non-controversial legislation, including bills that would allow the placement of the Ten Commandments on public property. That’s fine, since there is no clause in the United States Constitution which requires an arbitrary wall of separation of church and state. She also signed off on legislation to defend adoption agencies’ right to decline release of children to certain guardians for religious reasons. Christian adoption agencies should not have to compromise their views on natural marriage or biological/gender identity. 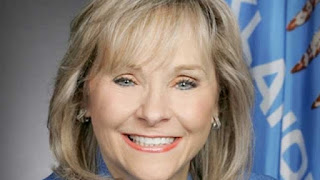 However, one of her few vetoes included SB 1212, legislation which would enact constitutional carry in the Sooner State. This was a bitter disappointment. Sadly, this basic right could not have come soon enough for Second Amendment activists and concerned citizens in general. The bill passed by veto-proof majorities, too. Oklahoma legislators went into recess for the rest of the year one day after passing the bill. With two-thirds approval, the legislators could call for a special session (there’s no way that Fallin would call a special session to override her veto), but that outcome for that extraordinary measure looks quite unlikely.

Even though this unnecessary delay on constitutional carry was a sad setback, one which shouldn’t be surprised, especially for those following Fallin’s pragmatic (read “Establishment”) streak. This Second Amendment reticence has gripped a number of states with GOP trifectas or GOP legislative supermajorities facing a Democratic governor. They still won’t get this common-sense reform passed into law. Republicans control both houses of Congress and the White House, but the US Senate won’t move on national reciprocity at all (H.R. 38, Hudson), either. There’s still time, Washington D.C., and the rising chorus of federal lawmakers demanding that GOP leaders forego the August recess has grown. Will they summon the courage for one more legislative sprint to get national reciprocity on the books?

But let’s get back to the Oklahoma failure, OK?

What gives? Why would ruby-red Governor Fallin drop the gun on this winning reform? Her press release was the usual “I support the Second Amendment, BUT” pablum:

“Oklahomans believe that law-abiding individuals should be able to defend themselves. I believe the firearms requirement we currently have in state law are few and reasonable.

Of course Oklahomans support the Second Amendment. The supermajority of their legislators pushed the legislation through, responding to the will of their constituents and heavy lobbying from pro-Second Amendment groups. The expansion of any right goes beyond the reason of elected officials or popular masses. It’s a natural right enshrined in the United States Constitution: “The right to keep and bear arms shall not be infringed.” What’s the point of a right which faces numerous hurdles, exceptions, and loopholes? No government has a right to stymie that.

Senate Bill 1212 eliminates the training requirements for persons carrying a firearm in Oklahoma. It reduces the level of the background check necessary to carry a gun.”

These concerns are tiresome and misplaced. A firearm is a tool—for protection, sure, but a tool nonetheless. I don’t need a license to purchase pepper spray, or to cook in my kitchen or going swimming in the ocean. Furthermore, more people die from poisoning or in vehicular accidents than from firearms.. Do states pass licensure requirements to cook in the kitchen or go swimming, since there is danger and possible death associated with those scenarios, too? The main counter-argument  focuses on state requirements to obtain driver’s license. If people want to drive a vehicle on their own property, they wouldn’t need a license, but since motorists are 99% likely to use public streets and highways, the state governments have the right to require drivers to use public property and engage in public use. Besides, the United States Constitution does not establish a right to drive a motor vehicle, and the states retain the right to regulate that privilege under the 10th Amendment. 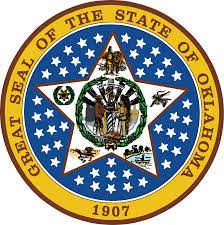 As for carrying a firearm, the greater danger lies with the criminals who run guns and commit other crimes. A training requirement is not going to prevent bad people from getting guns, but it certainly slows down law-abiding citizens from exercising their God-given rights.

“SB 1212 eliminates the current ability of Oklahoma law enforcement to distinguish between those carrying guns who have been trained and vetted, and those who have not.”

Fallin’s “law enforcement” excuse draws from concerns raied by police agencies like the Oklahoma City Police Department. Some Republican leaders are so beholden to law enforcement leaders and unions that they will compromise on individual rights. I spoke with two deputies in the Los Angeles County Sheriff’s Department about limits on firearms protection and concealed-carry laws. In California, individuals cannot carry weapons of any kind into a city council meeting, a restriction which oftentimes placed my fellow activists and me in a precarious position. Left-wing thugs don’t care about such rules. Why couldn’t we carry a firearm if properly licensed? I sounded off on my frustration with the “may-issue” mentality in California. 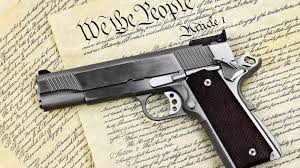 The LA County deputies’ response floored me: “We don’t like guns. We would prefer that people didn’t have concealed-carry.” My reaction to that remains: to hell with your preferences! The Second Amendment is a right, regardless of the ideal conditions or limitations desired by law enforcement. Again, the best defense against a bad guy with a gun is a good guy with a gun—and a good guy who is not afraid to use it. Such was the failure of the Parkland High School scooting, which provided a convenient excuse for Iowa and South Carolina’s legislatures to stall efforts on constitutional carry this year, too.