More cities are joining the fight against SB 54, aka the Sanctuary State law. 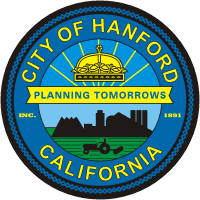 Hanford, California had a relatively quiet meeting, apparently, while activists were raising their voices against this perverse law in other parts of the state.

With a 5-0 vote, Hanford became the latest city to pass a resolution that opposes California's "sanctuary state" law.

On Tuesday, Hanford picked its side when the councilmembers voted unanimously to break from the state's sanctuary city laws and support a federal lawsuit against it.

"We have cartels active here. We have other criminal organizations active here with criminal aliens in this country," said councilmember Martin Devine.

The decision came with some criticism and condemnation.

"When people think of immigrants, they think of this demon that's going to try and hurt them, but really we just want to find better lives for ourselves," said Ella Wheatley, who recently moved the [sic] Hanford from England with her family.

This arguments has grown tired and even silly. Everyone who has read and reviewed SB 54 recognizes that the legislation is protecting illegal aliens criminals. This legislation doesn't talk about the illegal aliens who were brought into this country by their parents.

The sob story approach is not working anymore as more cities seek to opt out of SB 54.

SB 54, which passed last year, limits law enforcement cooperation with immigration officials. Unlike ordinances other southern Californian communities have passed, the Hanford resolution only opposes but does not openly defy state law.

The fact that the counties and the cities are rising up against it shows that more people are no longer afraid to take this legislation down.

City council members say in addition to public safety concerns, they also wanted to send a message to the state capitol that they overstepped their bounds when passing these laws.

Exactly. The state legislature had no business passing any kind of legislation which interrupts or frustrates the powers of the federal government.


Contact the current city councilmembers below, and thank them for UNANIMOUSLY opposing SB 54:


The current members of the Hanford City Council are:
Posted by Arthur Christopher Schaper at 7:45 AM