This is YUGE, folks!

Los Angeles County is not a lost cause, and there are still strong, pro-American bastions in the county, despite the mass invasion of illegal aliens to the county and throughout the state. I've been to Santa Clarita before, and the region reminds me more of Orange County, where the streets are clean, residents are safe, and businesses are prosperous.

Even in this county, which was once a wonderful red jewel of conservatism (B-One Bob Dornan served as the Congressman for the Westside and the South Bay sections of Los Angeles County), there is still hope. 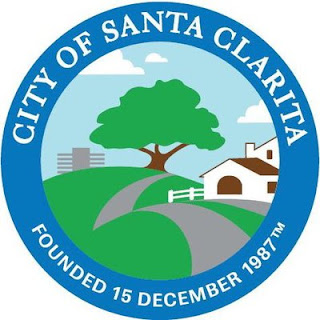 Santa Clarita, CA has declared their opposition to SB 54 and filed an amicus brief against this wicked, unconstitutional law.

Check out the report from the local Santa Clarita Valley newspaper:

Neighbors divided over how to treat strangers clashed outside and inside Santa Clarita City Hall for hours Tuesday.

Ultimately, Santa Clarita City Council members voted unanimously to file an amicus brief against the state that would join them in the federal lawsuit by the Trump administration.

This is a massive win. Reports had trickled into me over the past month which suggested that the city council didn't want to touch the issue at all. They were rightly concerned about the massive overflow of Brown Supremacists and Open Border bigots who would invade the city council chambers.

In spite of these repeated, offensive efforts, the pro-American, pro-rule of law demonstrators showed up in big numbers and took over the city council chambers.

“We’ve lost deputies in this valley,” Weste said. “Limiting law enforcement from agency to agency is a mistake.”

Ann Coulter and other pro-enforcement writers and activists have pointed out at length that these open border policies hurt working and middle class communities. "The rich" have no problem with open borders, amnesty, and cheap labor because the ill effects of mass immigration do not hurt them.

They hurt the rest of us, and our law enforcement.
Councilman Bill Miranda reminded citizens they could only represent so many of their interests.

“(We keep hearing), ‘there are three of you running for election and you better be careful,’” Miranda said. “Understand one thing: it’s not about elections. It’s about doing the right thing for the right reasons. If that means I don’t get elected, so be it.”

This was one of the most moving comments at the end of the meeting. I appreciate elected officials who push aside left-wing bullying and vote the "right" way--in both senses of the word.

Councilman Cameron Smyth, who had previously served in the California Assembly, said they had received 442 emails that opposed the state law and 63 that wanted to stand with S.B. 54.

This is the first time to my knowledge that an elected official announced not just the massive amount of correspondence to the city council, but evidenced to the public that the vast majority of residents and stake holders in the city and the county wanted the city of opt out of SB 54.

This is big news, but the local, liberal press will go out of their way to cover this up or ignore. MyNewsLA.com, for example, didn't bother reporting on this issue.

Here's the latest report from the Los Angeles Times:

So happy, but also very jealous!

Notice the veneer of contempt for the audience:

The council chamber was packed Tuesday night, with people standing in aisles and doorways and spilling out into an overflow room as approximately 200 had signed up to speak. Many wore red "Make America Great Again" caps. Some snacked on popcorn while others cooled themselves with fans.

People in the audience were eating popcorn. Really. That's an important detail in the story?

Wow, no wonder there is a decline in respect and support for the press. 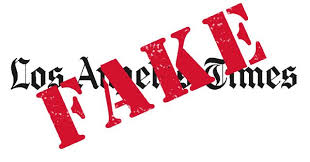 Some said SB 54, which limits cooperation by local law enforcement with federal immigration authorities, would promote criminality, while others said it would make communities safer. Some cited legal explanations for why the law violates the Constitution, while others argued that California was within its rights.

"I don't understand. When these people have committed a crime … why can't one agency be able to call another agency?" Annette Burns said.

"California has overreached," Susan Agnes, a resident and mother of two, said.

One correction: MANY people have said that SB 54 not only limits contact among different law enforcement agencies, state and federal, but that the legislation protects criminals and endangers working, law-abiding citizens.

In March, Los Alamitos approved an ordinance claiming exemption from SB 54. That same month, Orange County signed on to the federal lawsuit against California over SB 54 and other laws protecting immigrants. Huntington Beach has also sued California in state court.

"I feel very strongly that this whole thing of having a sanctuary state and sanctuary cities is ridiculous," he told the Santa Clarita Valley Signal at the time. "We are putting our American citizens at additional risk and there's no question about this — it's costing our state ungodly billions of dollars."

Mr. Kellar is a former police officer. He understands the stresses and dangers which law enforcement face on a daily basis. SB 54 has made their jobs so much harder. This is inexcusable. He was blunt, outspoken, and right on target. So happy that Kellar was there to speak the truth and demand justice and the rule of law for Santa Clarita residents, LA County and the entire state of California.

Santa Clarita's resolution also directs the city attorney to file a brief in support of the Trump administration's lawsuit against the state of California "if and when appropriate." (A hearing on the administration's request for a preliminary injunction is scheduled for June. The deadline for submitting briefs supporting the administration was April 6.)

This portion of the resolution is crucial to share with other cities and county boards. Just because the first lawsuit deadline has passed does not indicate that there will not be another chance--and there will be. Bet on it!

The LA Times article is worth referencing because they drag the politics of this move into the article, and try to turn this into a mere political stunt:

The measure is largely symbolic. Santa Clarita contracts with the L.A. County Sheriff's Department for law enforcement services and is bound by that department's policies, including on immigration.

In fact, words and principles are symbolic, too, and amicus briefs are effective and essential for ensuring that major issues are taken care of, that people stand up to these issues and demand that their government respect their rights and secure their persons.

"This is an opportunity to mobilize the conservative base around the issue that most animates the conservative base, which is immigration," Sonenshein said. "It doesn't mean that the City Council has the power to change anything right now … but it elevates the issue and certainly Republicans see it as an issue that might bring people to the polls."

Illegal immigration animates everyone, not just Republicans. Blacks, whites, Hispanics, Republicans, Democrats are all fed up with open borders, mass migration, the erosion of our sovereignty, and the diminution of our rights as citizens. Once again, the corporate media are so tone-deaf. They just don't understand how harmed, how overwhelmed the public has become with illegal immigration, mass migration, sanctuary jurisdictions, etc.

Santa Clarita is the fourth-largest city in L.A. County, with a population of about 180,000. About 32% identify as Hispanic or Latino, according to 2016 census estimates.

Why does the Times focus on the Latino population? Are they readily assuming that all illegal aliens are Latino? That's racist!

I wish that I could have been there to celebrate, but it's really heart-warming and encouraging to see so many patriots lining up, stepping up, and speaking out against SB 54 and for the rule of law. I was worried about Santa Clarita, but only because residents in the city and throughout the region were concerned that the city was not going to take a strong stance against the lawlessness and against the Open Border brown Supremacists who only care about identity politics and La Raza. 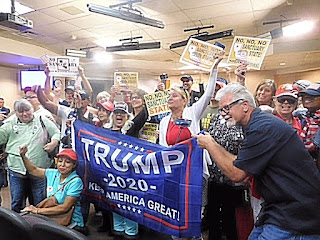