Right to Work Hits a Snag in New Hampshire

I just read the not-so-happy news.

A key committee in the state house of New Hampshire has voted against right-to-work--the vote was 2 to 1!

This is pretty precarious. 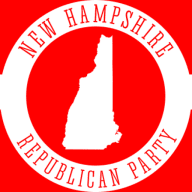 Notice, however, that the vote constituents a recommendation against the bill.

It will stay pass to the floor.

Two years ago, right-to-work barely passed out of the state legislature to begin with.

From the New Hampshire Union Leader in March 2015:

CONCORD -- A measure prohibiting labor unions from collecting agency fees to pay for negotiating and administering collective bargaining agreements was approved by the House on a 149-146 vote Wednesday.

However, the bill faces a near-certain death in the Senate, which is evenly split 12-12 on the issue.

Check out what the numbers were for the New Hampshire House of Representatives after Election 2014 (a tidal wave of victory for Republicans across the country, including New England):

The legislative make-up changed somewhat in 2016.

The state senate gained Republicans ... and the House lost Republicans.

It looks like RTW reforms are going to hit another blue wall in New England.

If the vote was only three votes to pass in 2015, what can one expect this year?

Check out the latest report from today:

A New Hampshire House Committee is recommending against passage of Right-to- Work legislation, which would prohibit unions from forcing non-union members to pay fees to cover the cost of collective bargaining.

Members of the House Labor Committee voted 14-7, with many Republicans joining Democrats in opposition to the often partisan issue.

The bill next heads to the full House, which will take up the measure next week. 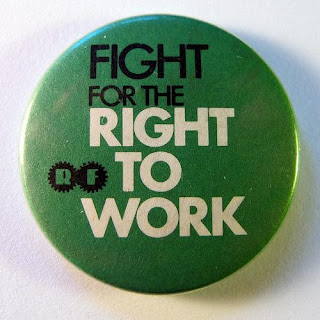 It's not too late, if more pro-liberty advocates line up and fight back.

Is there enough momentum and courage in the GOP caucus to vote for what is right for workers? Or will they cower and cave and do what the labor unions want?
Posted by Arthur Christopher Schaper at 7:14 PM