Chris Garcia was the mayor of Cudahy, CA at one time.

He ran on a platform of reform, ethics, and opposition to corruption.

He became just as corrupt and unethical as the people whom he had run to replace.

The Chris Garcia called his opponents and detractors "White Supremacists":


The whole room blasted him and hounded him with boos and hisses.

He was shaken up and the entire city council lost control of the meeting.

Shouts of "Apologize!" and "Shame on you!" filled the council chambers,

Instead of manning up and apologizing for his hateful rhetoric, he ran away like a coward.

Other members of the city council ended up ducking out the council like the cowards that they are.

Of course, Garcia the political monster released a press release to cover his tracks and further smear the city of Cudahy and American citizens fed up with his lawlessness: 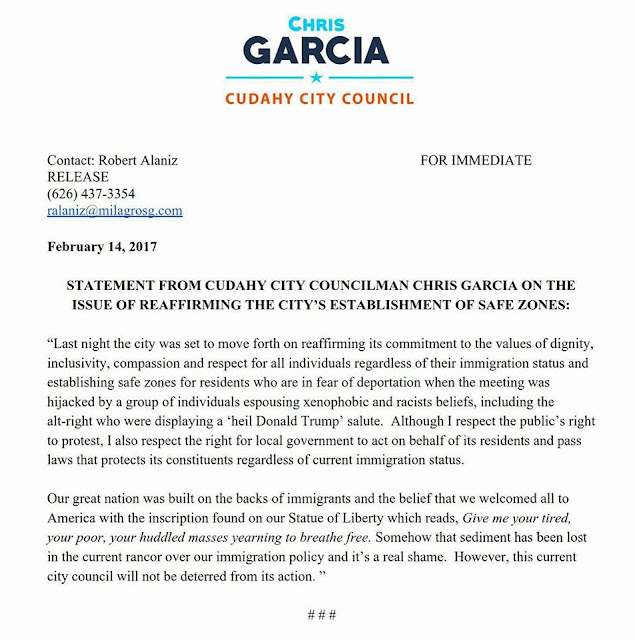 Notice the phrase in the second paragraph toward the bottom:

"Somehow that sediment has been lost in the current rancor ..."

Would it really hurt Cudahy Chris to get a proofer?
Posted by Arthur Christopher Schaper at 7:32 PM