I think that Joel Anderson is a real hero for the state of California.

So far, he has been the most outspoken opponent of illegal immigration in the state of California.

The statistics are horrific!

20% of the illegal aliens in this country are in ... Southern California!

Here is the latest news letter eblast from the state senator:

I’m fighting to get every day Californians informed and join me in the battle against the misguided idea to make California a sanctuary state for heinous criminals.

Today, the Voice of San Diego – one of the largest digital nonprofit news sources in our community – recognized me as the “de facto voice for California Republicans’ opposition to sanctuary policies.”

I need your help. Please sign and share this petition if you agree that California should not be shielding illegal immigrant felons from deportation.

Here is an excerpt from the VOSD article:

Sen. Joel Anderson has become the de facto voice for California Republicans’ opposition to sanctuary policies. He voted against Attorney General Xavier Becerra because of his support for city-level sanctuary policies. His latest target is a bill by Senate President Pro Tempore Kevin de Leon that would prohibit local law enforcement agencies from working with the federal government on immigration enforcement.

He told KUSI it’s untrue that he believes all undocumented residents are criminals, but said SB 54 would prevent California from deporting violent criminals.

I would correct that statement. Anyone in this country illegally ... is a criminal.

Anderson took his criticisms national on “Fox and Friends,” where he made the same case, saying the bill would shield “child molester(s), rapist(s) or murderer(s).” 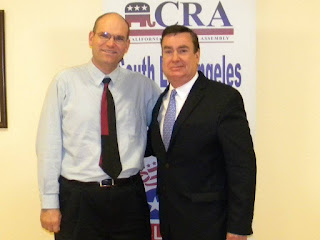 They are, Senator. They are!

Read the full article at the Voice of San Diego’s website.

It is my continued honor to serve you,
Joel Anderson
Senator