Press Release: Re: Revocation of BCR Charter by RPLAC reported in the Daily Breeze

To the South Bay community and California voters, conservatives and freedom-fighting liberals:

The Daily Breeze reported on the destructive and unjust decision of the Republican Party of Los Angeles County Central Committee (RPLAC for short) to revoke the charter of the Beach Cities Republicans.

This decision was an arbitrary attack against our club and our leadership. Strangely enough, the revocation occurred in Mid-January, but the Daily Breeze chose to report on this situation a month later.

Despite petty attacks and jealous infighting, the Beach Cities Republicans is standing strong.

We are bold, brazen, and building our party. We will remain Republicans, even though our former leadership did not measure up to that responsibility.

RPLAC has failed to register voters, fundraise, or organize. In effect, they are not an effective Central Committee. These glaring failures have now turned into immoral liabilities, as the county leadership chooses to attack volunteer clubs rather than reach out to voters, shape the culture, and win elections.

Their reasons for trying to remove me or others from leadership is unfounded and still very much a mystery. Anyone who reads the article by the Daily Breeze will note that RPLAC did not provide reasons for revoking our charter—because ultimately they cannot.

Despite formal and factual errors in the Daily Breeze article, the article highlights BCR’s influence, and the light shining on the corrupt RPLAC operatives is much needed.

A few facts for the public to know:

1. BCR is still very active and involved. We meet every third Thursday at the Torrance Sizzler on Sepulveda Bvld. Please join us!

2. Our membership is GROWING—five people registered to join in one week.

3. We are inviting more powerful guests and candidates from all over LA County.

4. We have continued to showcase and support local candidates—including the celebrated city councilwoman Martha Barbee of Redondo Beach. 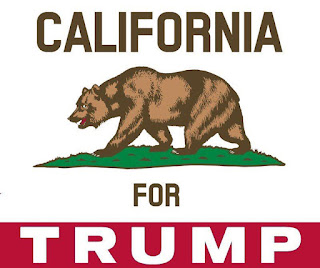 Per support from state leadership, ee are fully permitted to retain our title and our logo—and more people have contacted me to support BCR against the corrupt and increasingly irrelevant RPLAC leadership.

If anyone has any questions, feel free to contact me at: arthurschaper@hotmail.com