Yesterday, I shared how I had forced the Los Angeles Times to print more accurate, updated information about in relation to the false arrest I had endured in Huntington Park in June 6th.

Here are all the captures from  the LA Times article online:

Then the changes that followed affirmed that I was pursuing legal action because the Huntington Park Mayor and police ruled me out of order wrongfully, then falsely arrested me:

And yet, what was in the paper this morning? 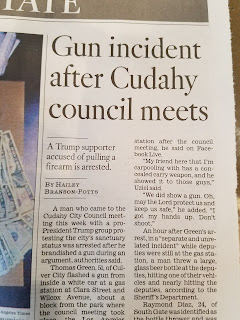 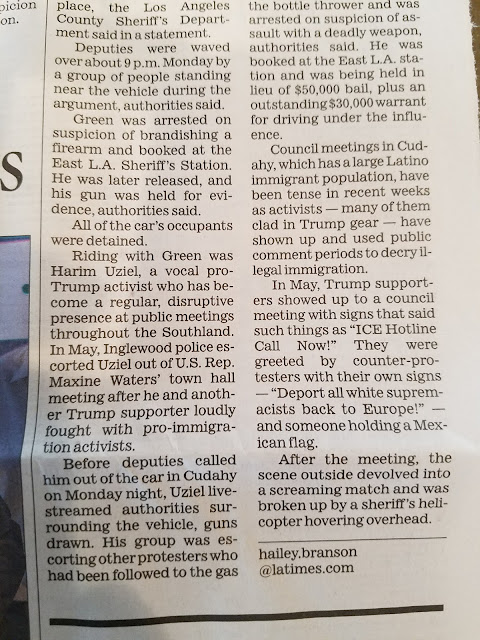 Looking at the bottom of the article, there is no mention whatsoever of my being arrested in Huntington Park--or that I was filing a claim against the city for false arrest and wrongful ruling of out of order.

The Los Angeles Times had plenty of time to update the article on the website.

But they couldnn't to print what I had written to them yesterday?

What is up with the editing department at this newspaper? Was Hailey Branson upset because I called her out earlier yesterday for attempting to spin a negative narrative?

After all, the idea is developing--at least among the Fake News outlets--that Trump supporters are protecting illegal immigration in the Southeastern Los Angeles region, and looking for every opportunity possible to get arrested. 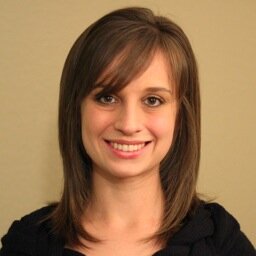 The narrative is to portray the "immigrant" communities and their brown supremacist enablers as the victims, while the citizens fighting for the rule of law or the lawless aggressors.

Keep in mind that the incident with Tom Green drawing out his weapon took place on Monday, June 26. 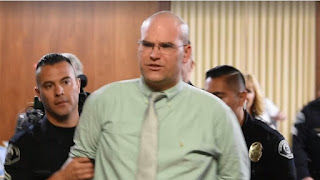 The LA Times article was online by Wednesday, June 28, including corrections about my legal claim.

Then comes the print version on June 29, with no mention of Huntington Park?

Come on, LA Times, get it together!