Sorry, Milo--Social Conservatism is Not Dead (Here's Why)

Milo is a breath of fresh air for the conservative movement. I do not care for all the vulgar language which comes out of his erudite mouth. The shock value has its place, for a little while at least.

When he gets down to facts, logic, and evidence however, he makes the point in so pointed a fashion that none of us can look away, but rather applaud and welcome the refreshing respect for truth and honest exchange of ideas. His work on colleges is especially important, since he provokes politically correct college administrations and punks the anti-social injustice warriors with playful abandon.

Yet his remarks above are disconcerting, and I submit wrong.

The political fights we face now are not about left or right, or Democrat and Republican.

It's about right and wrong.

It's wrong for the government to upend or limits our rights. It's wrong to allow narcissism to run wild, and call it liberty, without a long-term regard for the well-being of our citizens and the welfare of our country.

Not only that, but what exactly is Milo talking about when he claims that "social conservatism" is dead? 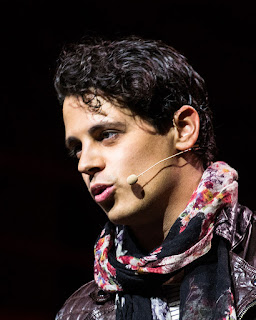 That abortion is still not a moral cause worth fighting for?

That conservatives should give up fighting for natural marriage?

Maybe we should take on the Second Amendment advocates, too, and tell them that their right ot keep and bear arms is null and void?

This distinct strain of libertarianism is actually not very libertarian. Liberty is not an end itself, but presents the options to individuals to make choices.

Furthermore, liberty is meaningless apart from truth. No one can claim that they are truly free if they are operating in error and deception.

So, what is the real complaint here? Why is there a marked hostility in some quarters about standing up for life and natural marriage, the so-called wedge issue which used to help Republican candidates across the country and now seem to be hurting their chances in more liberal bastions?

First, it's really a rejection of our proper origins. Our defense of life and family is all about a true recognition of our Creator.

While many younger conservatives are stumping for less government and fiscal discipline, they adamantly demand to live their lives their way, without recourse of anything greater than themselves.

There's just one problem: our liberties do not come from nowhere. 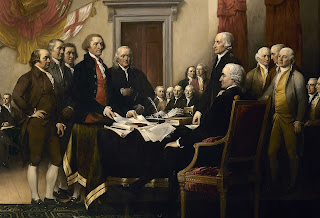 Revisit the Declaration of Independence for a proper founding off our rights:

"We hold these truths to be self-evident, that all men are created equal, and that they are endowed by their creator with certain unalienable rights ..."

It was a revolutionary statement then, and it remains so to this day! To bad that so many young peopel do not learn the precious truths in our founding documents.

These remarks about social conservative from Taylor Samuelson are welcome and probing:


Social conservatism encourages us to live a life with dignity and intellectual strength, a strength to face life’s greatest challenges, knowing that there is hope through God.  It’s difficult enough to be a college student and a social conservative at the same time.

Hope in God, a civic religious which respects the Divine, must animate our values. We did not make ourselves, after all. The blessings of liberty are exactly that--blessings.

Moral decadence is a strong force that can destroy movements from within.  Teddy Roosevelt once said, “To educate a man in mind and not in morals is to educate a menace to society.”...
Moral relativity results in societal destruction. Don’t take my word for it, read any history book. Judeo-Christian beliefs make up our code of ethics. These beliefs preserve law and order.

The long-term consequences of abandon respect for life and protection for the natural family will invite intense destruction to our culture. True liberty is not an absent of constraints but rather constraints on the government, freedom from external pressures and force.

Amen to that! I will not be silent.

But still, the movement to protect life and family requires better efforts.

For too long, pro-life forces have relied on tradition or religious adherents alone. It's about truth mnot tradition. It's about time we laid out not just what the conseuences are for disordered behaviors, but attack the lie on which these behaviors are based on

And checkout these remarks from Carlos D. Flores:

Exactly. The freedoms which the younger generations cherish would not exist without healthy societies and strong economies. Of course, strong economies flourish with minimal interventions. Healthy societies depend on cultural norms and mores. The government cannot teach these values, but should prevent the perversion of these values through tyranny, intimidation, and force from special interests. 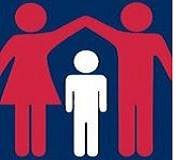 Flores has also responded to the same probing concerns I have shared:

Yet it is troubling that so many “fiscally-but-not-socially-conservative” young Trump supporters have begun to repeat a common refrain: “Social conservatism is dead—only religious nuts care about it. It’s not popular with the public and so is politically disadvantageous. We have to forge a conservatism that appeals to the future, one that abandons social conservatism.”

Since when did anyone of us care about politically advantageous? After all, President Trump broke every rule in the consultant playbook, like "telling the truth" and "trashing the media"  as opposed to hedging one's views and sucking up to the press, which has not worked for the last 16 years for those who want to keep the county faithful to its foundational principles.

Without respect for life or family, the economic prosperity and fiscal conservatism desired by the socially liberal set falls apart:

In other words, the transactions that make up an economic system presuppose the existence of virtuous persons who are disposed to engage in them well. Marriage is not irrelevant to this project—on the contrary, it is the means by which human beings are raised into virtuous persons who have the rational, social, and ethical virtues that allow them to engage in such transactions.

Sweet customs are necessary for our societies to flourish.

People like Milo and other conservative agitators would either be dead or ineffective if not for the fundamental respect for life and family.

Social conservatives need to come out of the closet. We have nothing to be ashamed of. It's time to tackle the lies about social libertarianism ... but with facts, evidence, logic, and truth!

And no ... social conservatism is not dead. In fact, it is coming alive and renewed. The March for Life was a YUGE success, with 600,000 attending!

Sorry, Milo, social conservatism is not dead. We simply needed to find our footing and fight back.
Posted by Arthur Christopher Schaper at 6:08 PM