What Pakistani Kids Are Learning in Their Public Schools

In America, students are forced into government schools which teach political correctness and hostility to any world view which is not secular or liberal.

In Pakistan, students are taught to view every other religion besides Sunni Islam with hostility and outright violent opposition.

They learn about the negative and degrading aspects of religious adherents, including broad stereotypes of past malefactors, including the Crusades and the Medieval bigotry which smeared Jewish people as greedy and untrustworthy.

The textbooks adopt fundamentalist arguments, which have no basis in fact, and attribute every good action against evil to the independent efforts of devout Muslims.

“History has no parallel to the extreme kindness to the Christians by the Muslims. Still the Christian kingdoms of Europe were constantly trying to gain control of Jerusalem."

Then the textbook offers a commentary on the Crusades, without providing proper context or the universal condemnations which those acts have received from Christians today:

“These wars are called Crusades because the Pope, a head of the Christians, called a council of war. In this meeting he declared that Jesus Christ sanctioned war against the Muslims.”

Notice that the passage above defines the Crusades as though it’s a present, ongoing conflict.

As for key tenets of the Muslim faith, like Jihdad, 10th graders are learning:

“In Islam, Jihad is very important. The person who offers his life never dies. All prayers nurture one’s passion for Jihad.”

Can you imagine textbooks in this country teaching children to engage in perverse and destructive violence?

This is serious. Is it any wonder why there is so much hatred throughout the Middle East and Central Asia against Americans, against Western Europe, against Israal and against Judeo-Christian values as a whole?

This indoctrinational insanity must be confronted. 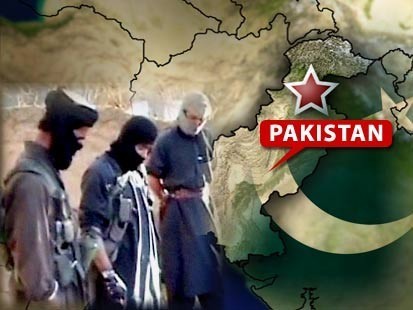 The "Palestinians" and other Arab states are not victims of Western oppression or a cabal of wealthy, well-connected Jewish bankers.

They are the victims of their Islamic rules and their hate-mongering need for dominance and global Sharia.

It's time to push back against this folly!

The United States of America cannot win this fight with arms. It will reuire a full revelation of the truth, expressed with a massive dose of political correctness.

Islam is a cult. This is not radical Islam or Islamism, as some conservatives try to hedge stating the full-out yet very controversial obvious.

We need to get really and speak the truth to ourselves and to others. It's just that simple.
Posted by Arthur Christopher Schaper at 10:24 PM