Donald Trump: Already Enforcing Our Immigration Laws ... Even in California!

He has ushered in a business expansion renaissance into the United States. I believe a great majority of it is due to his campaign promises to allow businesses to grow, rather than look for more ways to tax and regulate them into oblivion.

He has a track record keeping manufacturing in the country. He is putting larger corporations on notice not to stab Americans in the back. Congressman Darrell Issa has introduced legislation to stop H-1B abuses, too!

On the immigration front, his very presence in the White House is putting an end to rampant lawlessness within our state, on our streets, and over the borders. 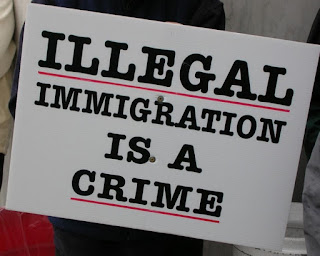 1. Illegal aliens are not enrolling their children in schools, or at least more of them are afraid to do so.


And over the last few months, 16-year-old Armando has conducted a daily risk assessment of whether the benefits of his little sister’s early education outweigh the risk of his dad simply driving her to and from preschool.

"I say she should go to school so she can learn," Bautista said. "But at the same time it's worrying because my parents could get stopped while just taking [her] to preschool."

Here's an idea: how about attaining legal status the legal way, just like millions of other immigrants who have come to this country?

The public school system is enabling illegal immigration as long as children or their parents do not have to demonstrate legal status in order to enroll. This abuse of taxpayer dollars must cease. Notice how the left-wing media love to play up the singular sob stories of the illegals and their families. When will the media report on the hurts, economic woes, and physical suffering of Americans?

A federal, taxpayer-funded program has been providing education specifically for children of migrant workers, and now they don't have enough kids enrolling!

It’s a situation that many farmworker families find themselves in, said Lourdes Villanueva, director of programs for RCMA. In fact, for the first time in its history, RCMA is struggling to fill its head start classrooms. This year the program has a gulf of unfilled seats, 43 percent in fact.

Because there is a new sheriff in town, illegal aliens are no longer brazenly walking around in the sunlight. They need to return to their nations of origin and come in legally. It's that simple.

2. Illegal aliens in California are no longer applying for drivers licenses (although they should not be able to attain them in the first place!). Barack Obama and the state of California's action to allow for temporary deferral of deportation has not only brought millions of illegal aliens out of the shadows, but have now set them up to be deported, since their information will become readily available to the federal authorities:

[W]ith the incoming Trump administration seemingly committed to deporting undocumented individuals, there is worry among immigration advocates that the identifying data collected as part of these programs — names, addresses, copies of foreign passports — could be used by federal authorities looking to send people back to their home countries.

Obama's lawlessness did not take into account that a successor to the White House would use this information to target and expel foreign nationals in our country. When will the voters in this country recognize that the Democratic Party never wanted to solve the immigration problems in the United States? They have only wanted to exacerbate and exploit this problem for votes and to paint the pro-law enforcement Republicans as hatemongers and bigots.

Now, their petty lawlessness has set up the illegals in our country for a fate they had hoped to avoid under the Obama Administration. Heckuva a job, there, Barrio Barry!

3. Farmers in California are adjusting to a new reality, that they will no longer get cheap labor from the pool of illegal workers pouring across the border. One contact in Fresno told me that illegal alien migrant workers have found a more tightly-controlled border looming at them as they try to migrate back and forth from their home countries to the United States.

FRESNO, Calif. — Days after Donald Trump won the White House vowing to deport millions of people in the country illegally and fortify the Mexican border, California farmer Kevin Herman ordered nearly $600,000 in new equipment, cutting the number of workers he'll need starting with the next harvest.

Herman, who grows figs, persimmons and almonds in the nation's most productive farming state, said Trump's comments pushed him to make the purchase, larger than he would have otherwise.

"No doubt about it," Herman said. "I probably wouldn't have spent as much or bought as much machinery as I did."

Others in California's farming industry say Trump's tough campaign talk targeting immigrants in the country illegally — including a vast number of farmworkers — spurred them into action, too. 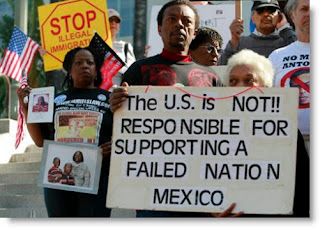 Many amnesty advocates claim that guest worker programs and amnesty are necessary to ensure robust harvesting and competitive prices in our local markets. They neglect to mention what happened in Alabama when the state legislature passed strict laws against illegal immigration. Men and women of all backgrounds--men and women living in the country legally, by the way--lined up for work which have been denied to them because illegal aliens were taking all the work.

The farming industry will adjust when the labor market restores Americans as the priority work forces. It is unconscionable for any industry to claim that men and women with legal status in this country will not do the work which illegal alien migrants will do. That is a lie.

They're calling on congressional representatives to educate the incoming president on the workforce it takes to feed the country, and they're assuring workers they'll protect them.

What an immoral thing for these farmer to do. They should be submitting to federal law.

As always, the liberal media will hone in on the sob story of one illegal alien to amplify enforcement advocates as hate-mongers.

Leticia Alfaro, a food-safety supervisor at the farm, said in an interview that many of her friends who work in the fields don't have proper documentation like her, and they take Trump's threats seriously.

"They're terrified by his comments," Alfaro, 53, said in Spanish.

Roughly 325,000 workers in California do the back-breaking jobs that farmers say nobody else will do, according to the U.S. Bureau of Labor Statistics. Manuel Cunha Jr., president of the Nisei Farmers League farming association, estimates 85 percent of California farmworkers live in the United States illegally.

Shifting markets and resources will make these determinations, not the federal government. Our government has a responsibility to secure the borders and secure the rights and safety of all citizens, though, regardless of the demands from the agricultural industry. Consumers should realize that they are paying out so much in exchange for lower grocery bills. A little extra at the checkout stand is nothing compared to the billions that our state and federal governments dispense on account of illegal immigration.

Let's not forget the toll and risks which our communities absorb because of illegal aliens, either. Just ask any Angel Mom in the Remembrance Project.

Herman, the farmer who bought three new almond sweepers, said Trump influenced him on top of California's rising minimum wage and a new law giving farm laborers overtime rights that are equal to workers in other industries.

Plus, Herman said, he's heard too many workers question whether they'll return from their holiday trips to Mexico. "It's stories like that that have motivated me to become efficient and upgrade my equipment," Herman said.

Nassif said he isn't privy to the details of Trump's immigration policy. He's recommended that Trump allow farmworkers to stay by putting immigrants in the country illegally who are otherwise law-abiding residents on a period of probation under conditions that they pay taxes, learn English and obey all laws.

We have tried this provisional, probationary nonsense for decades. It's time to cut the cord and enforce the laws on our books. No more illegal immigration. Period.

Donald Trump has turned immigration into a national issue, and opened up the mouths of Americans who are tired of the federal government refusing to enforce our immigration laws, Men and women have lost jobs, peace and safety, and even in their lives because of the rampant lack of enforcement along our borders and in our cities.

God Bless Donald Trump for standing his ground on this issue, and shame on the deceptive, corrupt liberal media for playing on the heart strings of readers to push amnesty and open borders, all at the expense of working men and women across the country.
Posted by Arthur Christopher Schaper at 1:09 PM