The left has lost its collective mind (if it ever had one).

When Donald Trump announced his temporary ban on refugees from seven countries, the raging leftists in our midst refuse to rest and accept the results.

They planned a massive demonstration against Donald Trump, the wall, and the temporary ban.

Here's a clip of the Event page on Facebook: 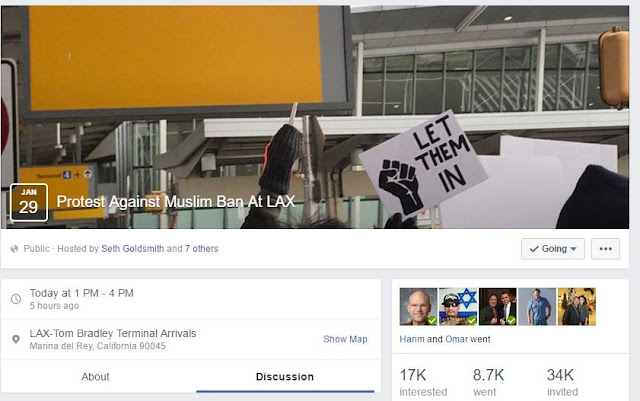 This event page is misleading, perhaps intentionally so.

Trump is not enacting a "Muslim Ban", as much as a temporary ban on countries which export terrorism. We need to stop being naive as a culture about the threat which Islam places on our lives and our country.

We need to also stand up to the left-wing, anti-truth, anti-liberty which has overtaken the Democratic Party and the entire liberal phalanx of Hollywood, media, and educational institutions.

The numbers advertised who were invited and who eventually came--it was YUGE!

I thought that the numbers intending to show up were all a bluff.

But in fact, at least twenty thousand showed up! 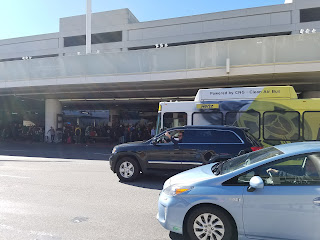 Here are more stark photos showing how many had shown up: 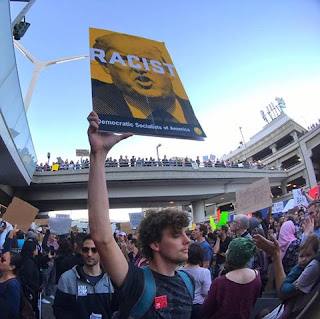 And heres a view from inside the airport: 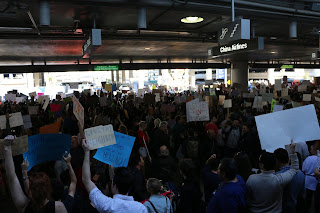 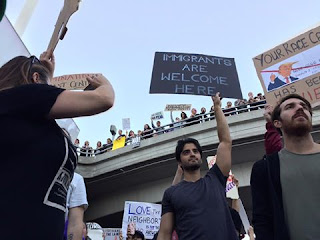 These were not intellectual people.

The lies and hatred posted on the signs deny the truth.

Donald Trump is not a racist.

This ban is not a Muslim ban. Anyone who says otherwise is lying.

Our president has every right to protect the citizens of this country and to with-hold immigration from any part of the country.

Even though there were swarms of anti-Trump bigots and racists, We the People Rising showed up and supported our President!

Check out our armed soldiers for God and Country! 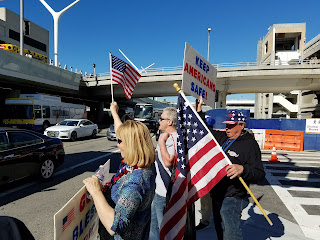 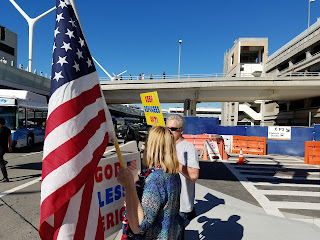 The anti-white, anti-Trump, anti-reality protesters swarmed around us, trying to push us away! 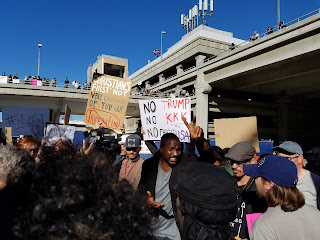 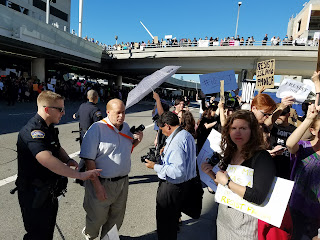 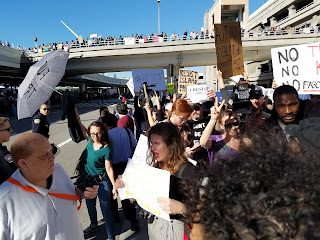 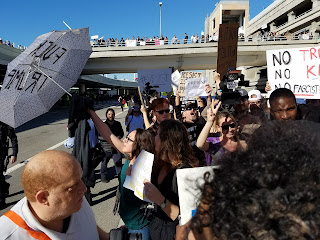 The ani-Turmpc crowds were vicious and hateful. They were flashing their middle-fingers at us. They were cursing and yelling. Some of them were trying to push me and the rest of our team out of the island in on the side of the street.

It seemed to get scary, but we all stood our ground, and refused to move.

Then the police arrived, they stood around us. When one of the protesters knocked off Raul's hat, it started to get physical.

Eventually, the police forced the anti-Trump forces away from us. We stood our ground and WON! 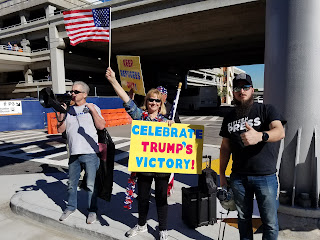 It was incredible -- and incredibly loud.

Bullhorns were blaring, anti-Trump chants were ringing out.

But We the People Rising had our bullhorns.

Harim Uzziel came with his friend Joshua, too! 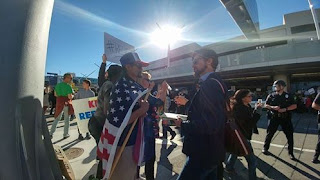 Check out his live stream from our meeting stop to the airport, and then our counter-protests on One World Way. Check out the link.

No one could intimidate us!