Frankly, most propagandists on the left--who masquerade as journalists--refer to the Southern Poverty Law Center to identify conservatives, pro-family groups, and liberty activists as "hate groups."

In a sense, it's a point of great honor to infuriate and frustrate journalists with little integrity and massive investment in a slanted agenda. 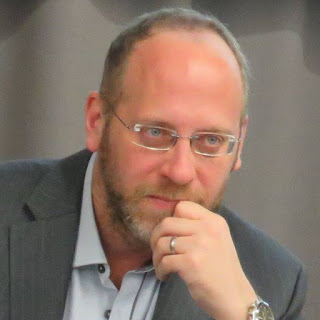 In case you missed J. Michael Cole's perverse article, check it out here.

Here's the title of the article:

Here's the passage where he calls MassResistance a "hate group":


The U.S.-based Southern Poverty Law Center lists MassResistance as a hate group and one of the 18 top anti-gay groups in the United States. Among other things, the group claims that gays are also trying to get legislation allowing sex with animals and to lure children into homosexuality and sadomasochism. Typical of the conspiracy theories associated with such organizations — some of which believe that the American Psychiatric Association is controlled by homosexuals — MassResistance also accuses the CIA and FBI of having a “homosexual agenda.

I had reached out to him to get some answers.

Instead of answering them, he dodged and hedged, mocked me, then blocked me on Twitter!

Check out his first hateful comment to my basic, decent uestion:


Here was his response:


So he claims there are many reasons why he believes that MassResistance is a hate group.

Can't he name at least one?

@JMichaelCole1 @MassResistance And Browning wrote about Love, not hate. You are mixing metaphors. Why do you resist answering my question?
— Arthur C. Schaper (@ArthurCSchaper) January 13, 2017

And this was his timid answer:


@ArthurCSchaper @MassResistance I don't resist anything. Just too busy to engage in futile "debates" with people who cannot be debated with.
— J Michael Cole (寇謐將) (@JMichaelCole1) January 15, 2017

He has no capacity to respond. He is further exposing himself as a left-wing propagandist instead of a professional journalist.

This was  my next response:

@JMichaelCole1 @MassResistance Why do you say that? You have not even bothered to answer a question.
— Arthur C. Schaper (@ArthurCSchaper) January 15, 2017


The Left cannot debate, they cannot discuss. The demean people and demagogue issues.

I then tweeted to the public at large:

This is the classic tactic of the Left. They cannot debate, so they resort to name-calling and condescension. #FakeNews #RetweetTheHate https://t.co/neqvtL4QkU
— Arthur C. Schaper (@ArthurCSchaper) January 15, 2017 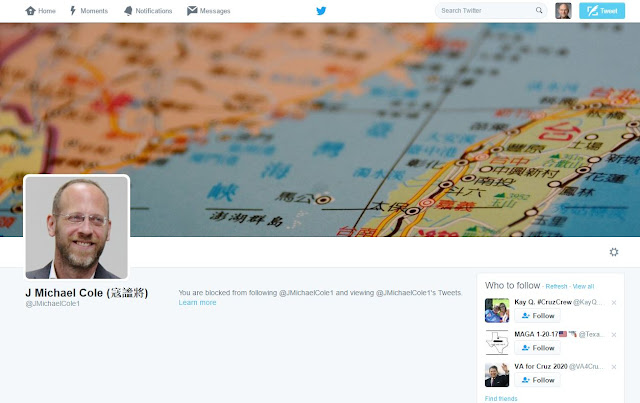 I have found this to be a common response from corrupt or unjust journalists who spend more time pushing a hateful narrative or left-wing agenda.

They will not discuss issues.

They only shame their opponents and seek to smear or silence them.

Apparently, he was not ready for some to punch back at his #FakeNews narrative.