The Beach Cities Republicans had 50 people attend, including our special guest Howard Hyde, the President of the Southern California Women and Men.

Right at the outset, I sensed that we would have an incredible meeting. In spite of the unjust and unethical setbacks from RINO-PLAC, I knew that everything was going to be fine.

Members of the club, including men and women who had been critical of decisions which I had made in the past, lined up and thanked me for all that I had been doing, and regretted all the hardships and setbacks I had faced from the LA GOP Central Committee leadership.

In effect, it was clear that they found the County Executive Committee (once again) to be at fault, not me or the rest of the Beach Cities Republican board members.

First, I explained to the members what I had shared with them in the past.

RPLAC leaders were trying to get rid of me as early as late August.

Before that, the Executive Director had faulted me for inviting a non-Republican to speak to the Beach Cities Republicans. I complied with this request, but that apparently was not enough. It seemed strange to me that they were beating me about that one mistake, especially when the previous Presidents had done the same thing.

They tried to waive that off by claiming that the had invited those members to speak, but had not endorsed or supported them. I caught them off guard when I revealed how the previous Presidents had offered affirmation or even hosted fundraisers for these candidates!

Then Janice Webb had pressured me and tried to threaten me about the October 20th BCR meeting, as though that even would cost David Hadley his re-election bid, and I would be the #1 reason why Democrats regained the supermajority in Sacramento, blah blah blah.

When I reminded the audience how Janice Webb called my boss--and while I was at work!--to pressure me to cancel the meeting, that was the last straw. I had filed a number of complaints about this egregious behavior, but nothing happened.

Then came the threatening and outrageous email from the Executive Director, which demanded that I step down as President, or RPLAC would suspend then revoke our charter.

Give me a break! We stood our ground and pushed back. I exposed Janice Webb and then the rest of the leadership's unethical behavior.

They were sorely hurt about this, and plotted their final move to have the Beach Cities Republicans targeted, marginalized, and silenced. Really, what was going on? Why would the behave in such an abusive and intolerant manner?

I invited other members of the BCR board to speak, and they had great things to say about our fighting and win against the RINO-PLAC establishment.


Tracy was very affirming and supportive.

She called out RPLAC's nonsense as "unreasonable behavior. We will continue to be the best Republican club in LA County, if not California."

There has been a whole of lot of crap going on!

Later, Steve Frank, the editor of California Political Review, spoke to our club about the mind-numbing conflicts and inaction which is hurting the California Republican Party:

The conflicts within the Republican Party are more common than most people realize. It's time to put an end to this abusive nonsense!

He talked about his past as an aggressive progressive Berkeley Liberal.

He then shared what changed him from a leftist to a free market capitalism. He is also a prolific and respected author! 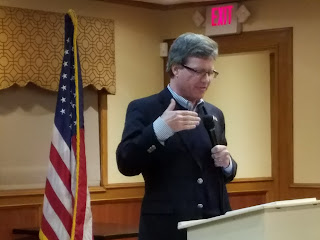 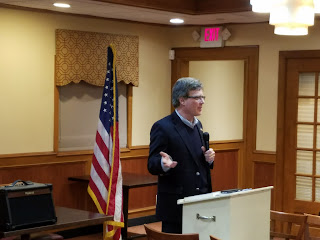 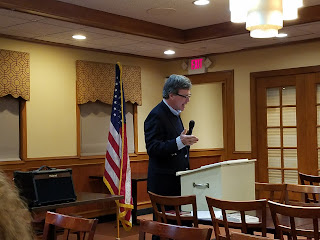 We had a large and pretty active group there, too, and many people had questions that they wanted to ask him! 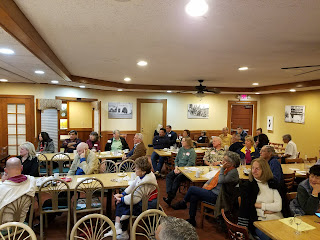 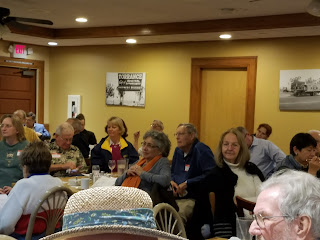 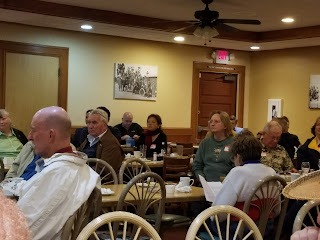 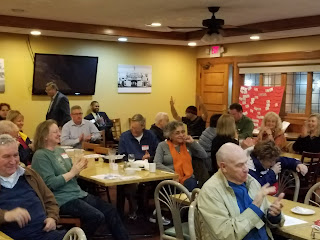 Hyde talked about his writing and his activism--including the threats he endured to his long-term career because of his political views. 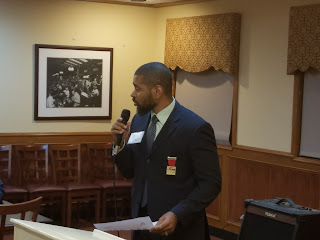 The members are not afraid, they are not dissuaded by the corrupt shenanigans of county "leadership."

We gained more members and more momentum. We have incredible support from people all over the country. We are not afraid to work with Donald Trump, and we want to make California as well as America Great Again!
Posted by Arthur Christopher Schaper at 8:41 PM