There's a new crazy sweeping the state of California. Municipalities are tripping over themselves to become the next sanctuary city, proving to their city peers that they can be more "progressive" and show that they care about "undocumented immigrants." When will these city leaders show more caring and regard for the law-abiding citizens in their midst?

Check out this photo that I took in Claremont, California, the land of Trees and PhDs: 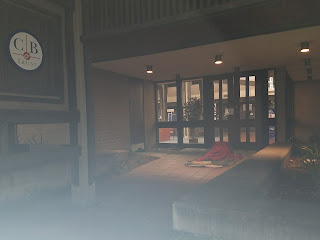 A homeless man is sleeping on the pathway right in front of the door to a local bank!

California's homeless problem has exploded, but city leaders want to placate illegal aliens. They want to care about those who have entered our country with no regard for our laws, our morals, or our culture.

I had hoped that arriving at Claremont City Hall 30 minutes before the meeting would have given me enough time to connect with members of We the People Rising and take a needed stance against this immoral policy. 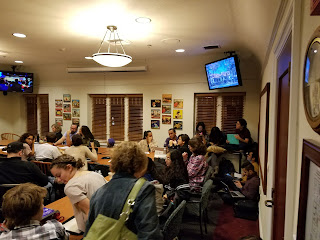 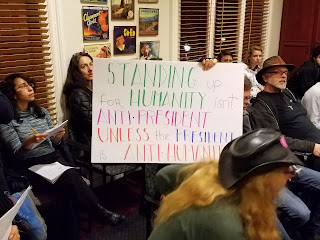 And at the front of city hall, here was the scene:


It was standing room only.

I could see some of my team from We the People Rising had already found seats within the chambers. But it was too late for me to find a seat inside.

I refused to walk away without trying to get some answers.

This Democratic Party operative could not answer one question about his support for sanctuary cities:


It got funnier and funnier when I spoke to this young SJW freak:


This young man (?) was trying to tell me that I had no right to be there in Claremont. WHAT?

It got really nasty when I was standing in the lobby trying to record what was happening in the city council chambers:


One police officer showed up to make way.

The one black man next to me threatened to take my phone away.

Then he actually snatched.

I refused to let him get away with it. I called him out repeatedly:


The same police officer calmed down the situation.

The man who stole my phone disappeared.

One of the college SJWs tried to mock me, but I held him accountable and demanded answers:


An older gentleman approached me afterwards, and reminded me that Donald Trump has won, and the Hillary-progressive Leftists-pro-amnesty forces are throwing a fit.

Indeed some of them try to silence and shame me, but I refused to let them get away with anything.

When I spoke before the city council, the college students were rude and made unjust remarks. I refused to be intimidated. 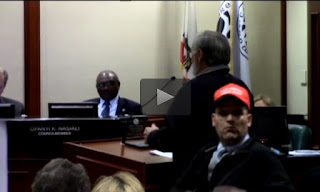 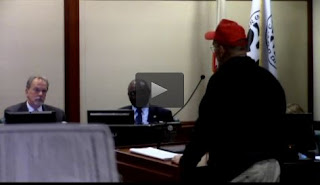 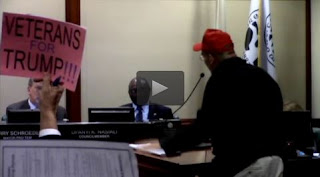 The city went ahead with their non-policy, but cities across the country need to be on notice.

They will no longer get away with ignoring federal law.
Posted by Arthur Christopher Schaper at 9:55 PM