The LGBT movement patterned itself off the Civil Rights movement. A brilliant idea, however evil its intent and execution.

Rather than recognizing the four expressions as a factor of behavior, militant left-wing activists have turned these patterns of conduct into different minority identities.

Anti-discrimination statutes in the government and private sector began including "sexual orientation" along with race, creed, color, religion.

Today, a new form of discrimination has overtake the Normal Majority. So much for being inclusive.
Individual liberty, freedom of expression, and recognition of reality are facing disturbing consequences. Men and women of faith and conscience are losing their livelihood as well as their liberty, all in the name of LGBT "tolerance."

How do We the People combat this more effectively?

Let's start with what LGBT originally stands for: Lesbian, Gay, Bisexual, Transgender.
Really? How many more letters does the militant homosexuality movement want to add to its moniker?

Rep. Louie Gohmert (R-TX) asked that question on the floor of the United States House of Representatives.

(Yes, there was a Q for "questioning", but really, young people often struggle with questions about identity. The last thing that they need is more prodding to ignore biological fact. How about we stop fighting with nature? Please?!)

Of course, the chorus of hate from the Left will denounce opponents of "gender fluidity" as all wet--and much more.

After all, we should know by now ... the Left is never interested in discussing ideas or opening up channels of dialogue and interaction. They want to demand tolerance for their views, and silence from all dissenters. If you do not agree, you get a new label: racist, bigot, homophobe, backward, caveman, "anti-progress".

The truth is: gender is a fixed biological reality. Deal with it.

The truth is: liberty is true progress. Restraint of the state against the tyranny of the minority, that is the future worth embracing.

Defining marriage as a definitive life-long commitment between one man and one woman (not among many): that is also true progress. Please, young and old with no backbone to defend the truth: societies throughout the world had permitted same-sex relationships, as well as polygamy and child marriage. "Gay marriage" is not really progress at all.

Respect for and celebration for gender--one man and one man-- that is true equity and equality.
Do we really want to go backwards? Not me.

I choose liberty, and the new LGBT: Liberty Goes Before Tyranny.

The Body of Christ, and every individual who respects science and recognizes that facts are stubborn things, is finally standing up the militant Transgenderism movement.

I was hosting a Republican meeting in Torrance, CA, and one of the city council candidates received a question about the common-sense bathroom law in North Carolina. "This is a public safety issue," he declared. Even if there are individuals with initial genetic anomalies, the solution is not to cater to this fraction of a percentage of the population at the expense of the rest of us.

This foolish decision to let alone "go" anywhere would expose (pun intended) women and child to sexual assault from perverts and pedophiles pretending to be women.

This destructive outcome is no possibility, by the way--it's already happened!

In Washington State, a man deliberately undressed in the women's locker room just to test the new state law on transgenders in bathrooms.

The University of Toronto removed their trans-bathroom policy after numerous peeping Tom (not Tammy!) incidents turned the university restrooms into anything but a safe space.

In California, a man dressed as a woman was arrested after he was caught allegedly recording woman in a department store restroom, too.

Numerous sexual assault victims have spoken out against this transgender bathroom policy creeping its way through different states. 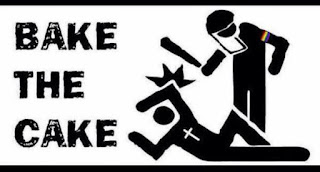 We need to stop this moral insanity!

At least that one university declared "Enough!"

Then North Carolina passed a common-sense law to protect women and children.

And now concerned citizens all over the country are pushing back against Big Business trying to dress up dressing rooms in drag, targeting Target.

Mothers and their children have signed onto the petition #BoycottTarget, urging prospect shoppers to take their business elsewhere until the national department store backs away from its recent decision to allow individuals to enter the bathrooms of the gender which they identify with.

Here is the petition. Sign it and send the message: "Life Goes Before Tyranny!"

Love Gains Based (on) Truth!