The last month has been engaging one for We the People Rising.

Following the reorganization of the Huntington Park City Council, Mayor Graciela Ortiz has brought a tougher tone to presiding over the meetings.

Unlike the previous mayor, she gives out warnings then throws people out.

During the March meeting, Nick the Greek addressed the city council, dressed in a full suit (which he himself had tailored, no doubt).

At that moment, members of We the People Rising stood up to stand with Nick in solidarity, not solitude.

The city would not stand with him, refused to help him, but we rose up to signal our love and respect for this immigrant who so loves this country. 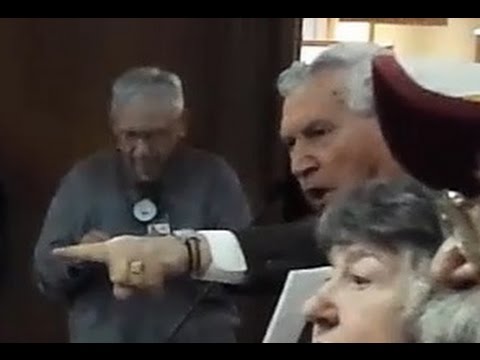 To this day, it still amazes me, disgusts me that the Huntington Park City Council treats its citizens like illegal aliens, and treats the illegal aliens like citizens.

As soon as we joined Nick at the dais, Ortiz told him to stop speaking.

Immediately, he flew into a desperate rage. He had been bullied by the city for years. He had lost money from their bad planning commission mandates.

"You make $1 million! I lost $1 million!" Nick shouted at the city attorney.

As more people yelled at the city council for interrupting him, Ortiz uikly realized that she was not going to enjoy the greater control over public comment as she had hoped. Within two minutes, the council fled into recess.

Nick shouted at the audience, deploring their abusive treatment of him and Americanism.

We continued standing at the dais, intent on making our case to the city council and the public. No matter what the four corrupt members of the council do or do not do, we are not going away.

Finally, the chief of police approached me, called me by name (all the police who secure the city chambers know us). He said that all of us could stand at the front and hold up our signs for the council, provided that we did not block teh rest of the audience from seeing the councilmembers.

Watch the video of what happened right here.

Nick related the frustrations and terror he faced for decades. Even though the city video recording stopped, Grindall61 continued recording.

More people need to know what Huntington Park has done to Nick and how they disregard the needs off legal residents.

Nick the Greek is fighting back, and we need more people to join with him!
Posted by Arthur Christopher Schaper at 9:49 PM