The California Democratic Party is no longer democratic.

Instead of listening to the needs and concerns of the citizenry, of their constituents, they heed the interests of power brokers in Sacramento, whose sole interest is consolidation of power.

Consider the rushed legislative push for SB 3, Mark Leno’s forced minimum wage hike. In six years, the base wage imposed on all businesses, regardless of where in the state, will be $15.

Within hours of  casting the necessary votes for this terrible, job-destroying, future killing bill, a number of assembly Democrats received huge payouts from the state labor unions.

Who knows which special interest Bonta is trying to placate or please with his latest legislative nullity AB 1726. 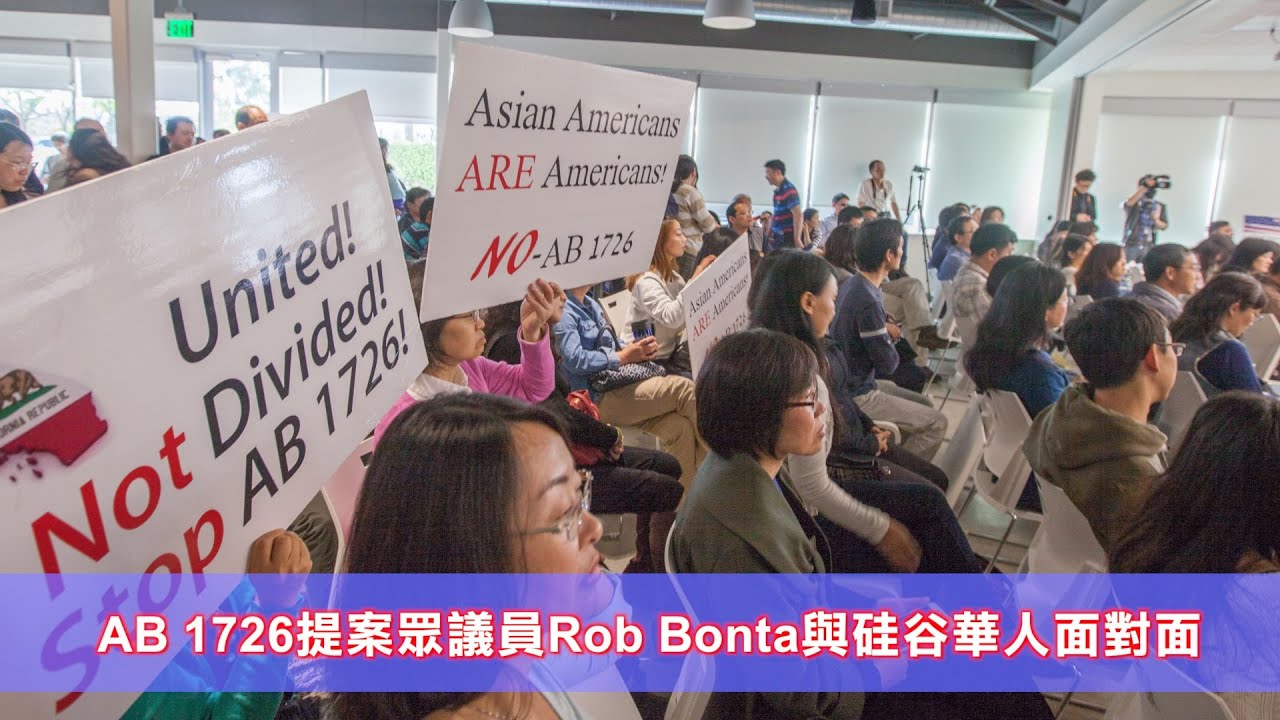 On its surface, AB 1726 is designed to segment Asian-American residents into more specific categories, as if to recognize the greater diversity of the rich panorama of Asian communities in the state of California.

One of Bonta’s press releases plays up the importance of this measure:

"Each of our diverse communities has unique social, economic, and educational needs that must be addressed differently. Instead of lumping many API [Asian Pacific Islander] communities together under the catch-all 'other Asian' category, the AHEAD [Accounting for Health and Education in Asian Pacific Islander Demographics] Act would identify API subgroups that are being left behind."

Since when was it the government’s job to target which “groups” need help to get “ahead”? Have we not learned enough from the last fifty years that any group of people targeted for government subsidy only gets worse?

This legislation already fails to consider the growing number of half-Asian, half-other Californians, otherwise known as “Hapas”. In the South Bay region of Los Angeles County, a growing number of residents share half-Asian, half-Caucasian heritage. Many within that set style themselves foremost as Americans. This state needs to go forward in rewarding hard work and culture successes.

This measure is just another cheap move to segregate people into government dependence. I do not see the state legislature looking to divide white Californians into more distinct subsets, nor African-Americans or Hispanics.

Why the targeting of the Asian vote?

Perhaps liberals fear the growing rift among Asians with the Democratic Party.

By and large they are pro-life, pro-family (marriage defined by one man and one woman). A diligent work ethic defines many Asian communities.

In 2013-2014, Asian-Americans worked tirelessly to stop SCA 5, which would have reintroduced affirmative discrimination back into higher education. The backward policy still remains a platform mainstay for the California Democratic Party. In 2014, partly because of the inherent discrimination latent in the Democratic Party, Asians broke for Republicans in larger numbers, and now they are split 50-50 Democrat v. Republican.

The California legislature has a larger number of Asian representatives … in the Republican caucus.  Assemblymembers David Hadley (R-Torrance) and Catharine Baker (R-Dublin) specifically reached out to Asian-American communities, assuring them that merit—not race—would determine enrollment in college campuses. Their success politically has protected the academic achievement of all Californians, particularly Asian-Americans.

“We strongly question the real intent of this bill hidden under the apparent disguise of “addressing the diverse needs of the Asian Americans”, according to Mr. Bonta. We are very concerned that these demographic data, if gets collected by government agencies and state universities, will be used unlawfully in order to advance racial-profiling oriented public policies.

“We are deeply troubled by the divisive, offensive and abusive nature of this bill. If this bill is really good for the people, then why not universally apply this subdivision method to all Californian residents?

“It is not new to us that the educational rights of Asian Americans are being under constant attack from our representatives in the California legislature.

“In summary, as Asian Americans, all we ask for is “fairness and equal treatment”; NOT being “singled out and forced to accept special treatment” from state government agencies and public universities. It is our firm belief that the racial-blind merit-based principles, whether applied to governmental hiring, contracting or college admissions, are the best ways to achieve this goal; while dividing people into ever smaller ethnic subgroups and later pitching one group against another is doing exactly the opposite.”

When will Sacramento Democrats learn that California residents not only prize the ethnic diversity of their state, but more importantly honor the individual skills and development of each person?
Perhaps assembly members like Rob Bonta need to review and relearn the hopes and dreams of Martin Luther King Jr: “I have a dream, that one day my children will no longer be judged by the color of their skin, but the content of their character.” 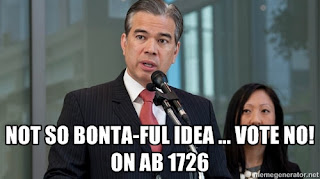 It's time for our legislators to move past this.

If lawmakers want to improve education and health for all California students, they should stop trying to divide them according to race, stop looking backwards for solutions.

Please contact your state representatives, and tell them “Vote NO! on AB 1726”.
Posted by Arthur Christopher Schaper at 2:46 PM