Congresswoman Judy Chu (D-Pasadena) is one of the most liberal members of Congress.

She has touted the liberal Democratic line ever since she was elected in 2008, and even following the redistricting commission's reapportionment of Congressional seats in California, Chu maintained her grip on the Pasadena, Northern Los Angeles County region.

In 2016, she will be facing one Republican challenger, Jack Orswell, a small business owner and former FBI agent.


He is consistent. His conservative. His is committed to winning CD-29.

Here are his goals when he gets elected:

My top three priorities are: Making sure our law enforcement agencies have the necessary equipment and training to identify and stop domestic terror threats like the one that led to the deadly attack in San Bernardino last December; reviving a local economy by supporting small businesses that create good paying jobs; and working to bring back home more of the federal tax dollars paid by residents of the 27th district in the form of transportation improvements.

Now, what do you need to know about Judy Chu?

She was reprimanded by the House Ethics Committee just before the end of 2014. 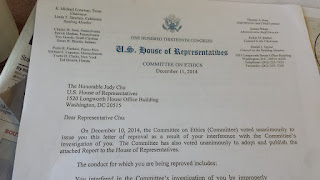 Here are some of the comments from the committee: 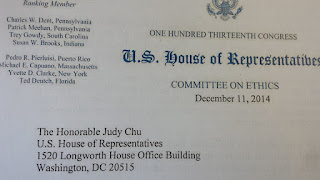 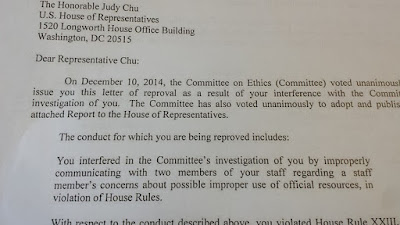 "You interfered in the Committee's investigation of you by improperly communicating with two members of your staff regarding a staff member's concern about possible improper use of official resources, in violation of House Rules."

In case most readers are not aware, members of Congress are not permitted to use their official staff for campaign activities. Former House Rep Laura Richardson was directing her staff to get involved in her campaign activities. This and other lapses helped lead to her downfall in the 2012 election. Despite her home-court advantage in a number of the cities in the 44th Congressional district, she got pushed out by a twenty-point loss to Janice Hahn.

How did Candidate Jack Orswell respond to these findings?

Orswell recently announced why he is running for this seat, and what needs to be done about Chu:

Our current representative in Washington has been marginalized by the Congressional finding that she was guilty of interfering with a federal investigation and committed witness tampering.  The people of this district deserve better representation.  Using my leadership skills and experience, I will be your voice in Washington who will bring justice, safety and prosperity our community.

Don't the residents of the Pasadena-Arcadia region deserve better than a lock-step liberal with ethical issues?

The last thing that the state of California needs is another ethically challenged Congresswoman more interested in playing the race and gender card, all while ignoring the needs of the region's infrastructure and economic development. 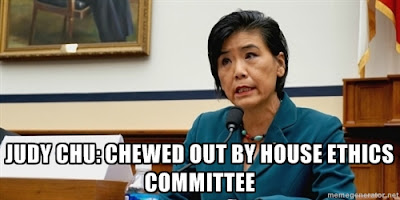 Congresswoman Judy Chu got chewed out by her own party as well as the majority. It's time for CD-27 to chew her out and remove her from office!