This aim has nothing to do with restoring power back to individual residents, taxpayers, their families, and the small businesses in this state.

He is going to obey the beck and call of Big Labor.

Big Business is anti-free market, and they are eroding the individual liberties of Americans, particularly Californians.

Now Rendon is targeting two assembly seats, and has a sense of victory which defies morals and reality.

He is already targeting Catharine Baker (R-Dublin) in Alameda and Contra Costa counties.

His report in the Sacramento Bee:


I think we’ll pick up (former Assemblyman) Al Muratsuchi’s seat. … I think we have a good shot at (Republican Assemblywoman) Catharine Baker’s seat.

For now, let's talk about what the Assembly Speaker is doing in regards to AD-16.

Baker has her ear to the ground in her constituency more than most politicians in the state.

Refusing to follow Bay Area illiberals like Nancy Pelosi, Baker reads the bills before she votes on them, yea or nay.

If she casts a vote on bills which may alienate someone in the district, she goes out of her way to explain every vote cast. Respect is always key, even in the case of disagreement on issues.

She represents EVERYONE in her district, and that means that she does not try to placate special interests, which most of the time do not care about the public interest.

I worked in a grocery store here in Torrance, CA. When I encountered shoppers from Northern California, some of them would tell me they were visiting from the East Bay region.

When I mentioned Catharine Baker, invariably they would tell me: "Oh! Catharine! I voted for her!"

She is very popular because she respects the needs of her constituents.

She is working for them, rather than taking their votes only to follow the bidding of power brokers in the state capitol.

And yet ... Speaker Rendon wants to get rid of her?

Baker is the only member of the Assembly Education committee who told off the UC Administrators "Don't be tone deaf." The University of California system is not educating our kids. They are turning into "safe zones" for regressive thugs out to silence anyone who does not agree with them. 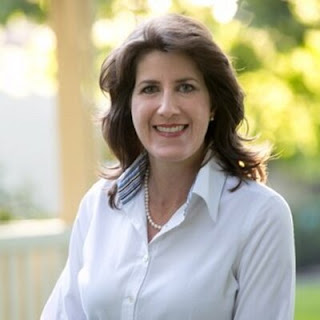 And what have Democrats done to the Bay Area over the last three decades?

The traffic jams, the crumbling infrastructure, the abusive bullying of Big Labor, the excessive taxes, spending, and regulatory burdens are crushing the honest and hardworking residents trying to get by.

African-Americans are getting priced out of their homes. The inner city kids in the Oakland region cannot get a good education, since the local school boards do what the teachers' union demands, rather than respecting the needs of the parents and the students.

Democratic policies are weighing down Northern Californians--and all Californians for that matter. The Democratic leaders have pushed more individual Democratic voters to support common-sense Republicans who fight for local control and individual liberty.

Speaker Rendon needs to wake up and realize:

If he messes with Catharine Baker, he is messing with you and me, and all California residents who are simply fed with an elite, distant, uncaring political class out for themselves.

Back off Rendon! We want Catharine Baker to stay in the state assembly!
Posted by Arthur Christopher Schaper at 11:53 AM