While the Los Angeles County Board of Supervisors has jumped on the Social Justice Warrior bandwagon, banning official travel to North Carolina. Mike Antonovich demonstrated maturity and class.

He rejected the hyped-up nullity of banning travel to North Carolina. 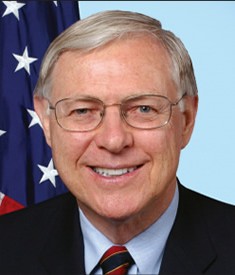 Supervisor Michael D. Antonovich cast the lone "no" vote on the board.

Antonovich said in a statement on his vote afterward that "common sense should dictate bathroom rules."

"The politically correct agenda is full of hypocrisy," he said. "The corporations, (PayPal, Google) and entertainers, (Bruce Springsteen) and others are calling for the boycott of North Carolina — however, they are more than happy to entertain or conduct business in countries which support and sponsor the persecution, oppression, and violence against individuals based on gender, religion, and sexual orientation.”

He is the only pro-liberty, pro-reality Supervisor in Los Angeles County.

We need this man in Sacramento!