I wanted to comment on this article for a long time.

After all the work that patriots in California have been doing to stop sanctuary cities and stand up to Sanctuary State Law SB 54, it's nice to know that there are other states, and institutions within those states, which are also standing by the rule of law

In a ruling that should surprise no one, the Arizona Supreme Court has decreed that DACA students don’t qualify for in-state tuition. 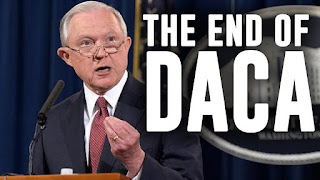 YES! No one in this country illegally should qualify for anything paid for by the taxpayers.

The ruling is, of course, is a disaster for "dreamers," many of whom will be shut out of a college education. (Or maybe not. More on that in a minute.)

But if you believe the law matters, it’s the right ruling.

This "rule of law" thing has turned into an inconsequential set of beliefs, as though we can just kick aside whether we abide by a general agreement of laws, rules, and due process for all. The Obama Administration routinely fought against this issue

Voters in 2006 decreed that Arizona residents must have “lawful immigration status” to qualify for the in-state tuition or any financial assistance “subsidized or paid in whole or in part with state monies.”

How about we blame the courts, since the lower courts took the arrogant, unfounded view that

It was the era of Russell Pearce and Joe Arpaio, when bashing undocumented residents was a statewide sport and no distinctions were made between those who broke the law and those who toddled along beside them, mere babies who had no say in their fate.

Human beings in this country illegally are not pieces of paper, and therefore they are not "undocumented." If you are in this country illegally, you are an illegal alien. No debate on that. The shrill, perverse determination for people to reduce illegal immigration to a set of verbal niceties and moral relativism is really disturbing. What would they say if someone broke into their homes and took their property. Would that make them "undocumented guests and borrowers"?

In 2013, the Maricopa Community College District began offering in-state tuition to undocumented students who qualified for the Deferred Action for Childhood Arrivals program. Community college officials contended their newfound DACA status afforded them "lawful presence" that made them eligible for subsidized tuition.

Of course the state sued, and we can thank Jan Brewer for doing exactly that. Shame on these arrogant little college districts, which think that they can draw out their own rules for limited gain.

A Maricopa County Superior Court judge ruled that in-state tuition was legal. Judge Arthur Anderson said the federal government, not the state, decides who is “lawfully present” and the Board of Regents joined the community colleges in offering DACA students the subsidized tuition rate.

The state cannot ignore the fact that people are taking DACA, a federal program which should have never been implemented to begin with. The judicial tyranny of state and federal courts must be confronted at every level. This is outrageous.

But Anderson’s ruling seemed doomed from the start, making Attorney General Mark Brnovich's decision to appeal a no brainer.

Even the Department Homeland Security was careful to say that while DACA students are “lawfully present,” they don’t have “lawful immigration status” – the requirement imposed by Arizona voters.

The Department of Homeland Security had no right to declare those younger illegal aliens as "lawfully present" either. This is beyond outrageous. I don't care if their illegal alien parents brought the children into this county before they could discern right from wrong. That is not our problem, and we the people of the United States should not be saddled with the cost or the cultural drain on our sovereignty.

No, it sure does not. Thank goodness that there is some sense reigning on certain higher courts of jurisdiction in certain states.

Now the seven justices of the Supreme Court also have ruled that DACA students don't qualify for in-state tuition. (Disclosure: one those justices is a relative of mine.)

We haven’t yet seen the Supreme Court’s full ruling, but there's been no suggestion that DACA students must pay the out-of-state rate.

How about these nightmare kids shouldn't be in the country to begin with? Why are we debating what amount of money they will pay for college? College seats belong to citizens, to legal residents, to the children of hard-working, law-abiding, lawfully present parents.

Shortly before offering in-state tuition, the Regents approved a plan to lower the tab for DACA students while respecting the will of voters.

Under that Regents' plan, eligible undocumented students beginning this summer will pay what’s called the Non-Resident Tuition Rate for Arizona High School Graduates – 150 percent of in-state tuition. Instead of paying well over $26,000 a year in out-of-state tuition, they will pay closer to $16,000 – the actual average cost of an undergraduate education.

Not acceptable. These regents should be fired from their jobs.

The idea was the brainchild of Regent Jay Heiler, a lawyer and former Republican political operative who now runs a chain of charter schools. He told me at the time that such a plan should pass legal muster and makes sense in a state where the average high school sees only 18.6 percent of its graduates earn a college degree within six years.

Oh brother. A "Republican" approved this harebrained perversion. What about American students? What about legal Arizona residents and their youth? Don't the deserve a chance? They should have the first, foremost, and final dibs on any seats in college.

"Here we are setting up barriers for a group of kids who by definition are trying to go to college and qualified for admission," he said at the time. "It doesn't make any sense for the state."

These "kids" are not kids at all. They are young adults, and they should not be in the United States. Higher education has not only turned into a government-subsidized scam

It doesn’t make sense for the state. But then, the 2006 law sticking to kids who did nothing wrong was never about making sense.

This writer needs to read Ann Coulter's sage response to this "the kids did nothing wrong" argument. The truth is that the younger generation pays the price, too, when the parents commit crimes and are convicted and sentenced. That's life.

It's not our problem that the illegal alien kids are now adults and living in this county. They have been blessed to live in the United States as long as they have already. They must return to their legal countries of origin and come in legally. They certainly have no right to protest, abuse others, and demand "a right" to be in this country illegally.

It was about spite.

1. Will the Regents have to repay the state for this year's in-state tuition subsidy for dreamers, having decided to disregard the Court of Appeals ruling last year?

The Regents should refund the money back to Arizona taxpayers. And please stop calling those young illegals "dreamers". That is very offensive.

And far more importantly, 2. When are we going to quit parsing language – "legal presence" v. "lawful status" v. "lawful immigration status" – and come up at long last with a sensible immigration system that works? 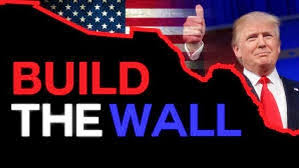