Travis Allen is by far the best candidate in the race for securing our border and fighting illegal immigration.

Allen consistently wins grass roots conservative polls by a landslide after debates and joint speeches with his main opponent, John Cox.  Sunday, after they both spoke at the Unite I.E. Conservative Conference in Riverside to 1000 patriots, Allen won the straw poll with a whopping 93% of the vote!   After their first debate in January at the Redlands Tea Party, Allen garnered 81% of the vote of debate attendees vs. 17% for Cox.

I spoke with Travis for several minutes yesterday after the conference and was very impressed with his knowledge about the border and illegal immigration problem and what it will take to fix it.  I gave him our endorsement on the spot, although we have been leaning towards him since last year.

Allen is also endorsed by most of the grass roots groups in California.  He is by far the Patriot’s choice in this race.

John Cox told Mexican media in January that he does not want a secure border fence/wall on our southern border.  Only hard left Democrats say such outrageous and irresponsible things to the media.  But then again, Cox was a Never-Trumper who voted for uber-liberal, open borders Gary Johnson for president just 17 months ago.  Cox also voted for Jimmy Carter for president.   Cox also told Univision that he disagrees with President Trump on other issues and that he is better than Trump because he (Cox) reads five newspapers a day.  We suspect those papers probably include the anti-American, anti-Trump New York Times and Washington Post. 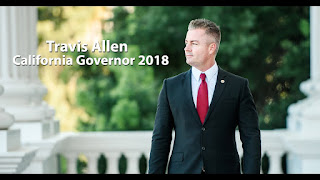 See all of our SDSB supported candidates for the June Primary at our voter guide at our Facebook page below. 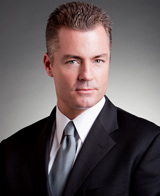 www.Facebook.com/SanDiegansForSecureBorders
Posted by Arthur Christopher Schaper at 8:24 AM