Our Constitution Matters: The Case for Federal Troops in California 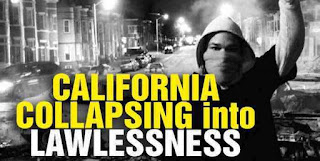 Incredible, and incredibly arrogant, but California has gone rogue, and gone wrong, in other ways. Despite federal prohibitions, the state offered up an initiative to legalize recreational marijuana, which passed with 55% of the vote in 2016. I favor decriminalization, since there is nothing in Article I, Section 8 which grants the federal government authority to regulate this or other substances. The process that brought California to its current outlaw status is flawed, however, because federal law is pre-empting pot shops and hemp growers from banking their profits and expanding their businesses. California needed to file a lawsuit, along with Colorado and Washington state, to get the feds out of the drug control business.

Sacramento’s proposed crackdown on freedom of speech is appalling. One proposed anti-liberty bill would require news websites to pass all information through a “fact-checker” before going public. This censorship at it worst, and a direct assault on the First Amendment. They have allowed Silicon Valley Big Tech to construct a new countryside for communication, but they throwing up toll roads, blockades, and unfair limitations on the words one can use. They also allow limit who speak and share: total tyranny.

Let’s not forget the unconscionable gun control laws imposed by the state legislature. Gun rights face one limitation after another, sadly with the approval of federal district and circuit courts. Even the Supreme Court of the United States has offered tacit approval for the limitation on the number of bullets, the shape and design of firearms, the limit on concealed carry. Counties throughout the state have taken the “may issue” provision in the CCW process to mean “may not ever.” This lawless blockade to the Second Amendment is patently unconstitutional. While the state has attempted to declare sanctuary from immigration laws, perhaps cities and counties should declare themselves sanctuaries for gun owners and permit unhampered constitutional carry. How about havens for avoiding the high taxes and fees? 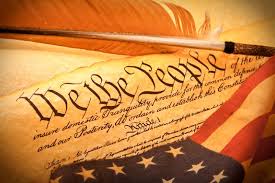 Sacramento Democrats have become so arrogant, that they admit passing whatever legislation they want, even if it’s unconstitutional. This cannot stand.

Should the federal government send in the national guard to restore law and order? Congressman Steve King thinks so, and so do I.

Is there constitutional authority to do so?

The United States shall guarantee to every State in this Union a Republican Form of Government, and shall protect each of them against Invasion; and on Application of the Legislature, or of the Executive (when the Legislature cannot be convened) against domestic Violence. 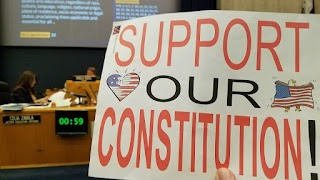 Now, “Republican” in the context of the passage does not mean the Grand Old Party of Lincoln, Reagan, and Trump, but rather the following:

The United States Government has a mandate to ensure republican (not a GOP government, necessarily) form of governance in every state, including California, stateship in which the people rule through representatives.

In the state of California, we the people are not enjoying any kind of guarantee. Here are five reasons why:

1.       Voter fraud is rampant.
2.       Voter intimidation is becoming commonplace.
3.       A regard for the will of individual voters has been displaced by a ruling class which legally extorts money from taxpayers (labor unions, specifically public-sector unions).
4.       The representatives of our government have routinely passed and enforced legislation contrary to the spirit and letter of the United States Constitution, especially the Bill of Rights: from assaults on the First Amendment and the Second Amendment, to disregard for federal authority in immigration matters.
5.       Our representatives are limiting or cutting off outright any opportunities and means to petition our government for a redress of grievances, or to remove them from office and replace them with proper representatives.

As for equality under the law, citizens are not enjoying this franchise either. Elected officials make sweetheart deals and avoid prosecution. Illegal aliens get away with crimes, including human trafficking. Illegal aliens openly flout our nation's immigration and naturalization laws, but California citizens get prosecuted for trespassing on private property or recording events in a federal building within California’s boundaries. Kate Steinle’s murderer walked off Scot 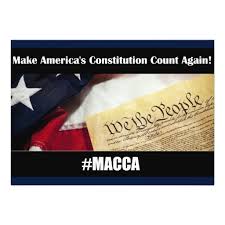 free. If San Francisco Supervisors had the power, they would have turned him loose a second time to kill more citizens. In contrast to illegals who steal identities and defraud others, American citizens are prosecuted to the fullest extent of the law for even the most minor of offenses.

We must make the case to every court and city council, and state representative that the current government in Sacramento has forfeited its authority and must be replaced. Notice also that Art. IV, Sect. 4 declares that the United States is a guarantor to protect states from invasion, which includes illegal immigration. California has been Ground Zero for this anti-nationalist perversion since the 1980s, and it’s only gotten worse as congressional inaction and judicial overreach have permitted illegal aliens not only to break into the country, but push Americans out of jobs and endanger their lives and livelihood.

There is no time to lose. President Trump, you have a constitutional right and duty to ensure true representative government in California, which is not happening now. Send in the National Guard, but not just along our borders. Station all federal authorities until a proper, republican form of government has been reinstated.