Twitter can't handle the Twitter handles flying fast and furious as more users and social media contributors get tired of people getting banned?

What is going on with Twitter? Perhaps Jack Dorsey shouldn't have declared civil war against conservatives and announced that he wanted to get rid of all Republicans.

Not a very smart move, I must say. Not at all.

Facebook is getting taken down like a boss, too, since they have snooped on people, invaded their private message chat rooms, and now they are silencing power, conservative voices just for being conservative.

Is there a Twitter revolt on the horizon or something? 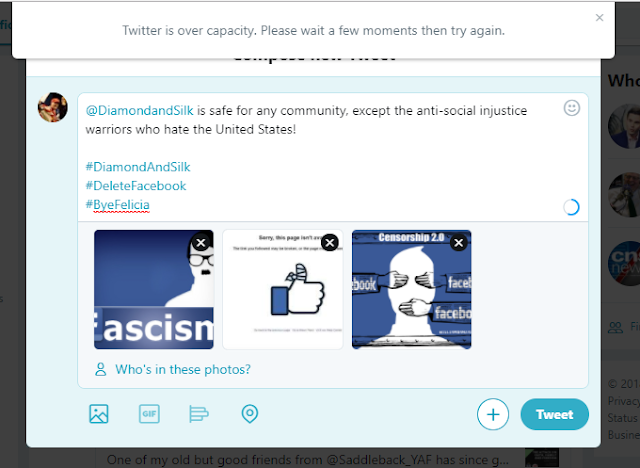