Only now do I have the time to talk about the epic number of victories which We the People have racked up against the Sanctuary State perversion which has been overrunning the state of California.

We are winning the fight from one city to the next, and our efforts are picking up momentum like never before.

San Juan Capistrano turned into another epic victory for the rule of law and the opponents of the corrupt, unconstitutional sanctuary state ordinance. 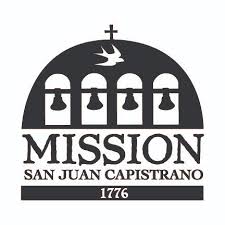 The mayor threw a fit because it didn't turn out the way that he wanted to. He is obviously a Democrat, someone who thinks that the rule of law is optional.

Brought to the City Council’s agenda by Councilwoman Pam Patterson and amended by Councilman Derek Reeve, the resolution condemns SB 54 as a state law that “severely inhibits” law enforcement and brings a “threat” to public safety. SB 54 has been in effect since Jan. 1 and essentially gives state and local law enforcement agencies discretion in whether to use money or personnel to investigate, interrogate, detain or arrest persons for immigrant enforcement purposes.

“We have to send some kind of message (to Sacramento),” Councilman Brian Maryott said.

Absolutely, and We the People Rising and LA County for Trump were there to voice our support for the resolution and our opposition to SB 54.

About 30 people spoke on the resolution during public comments, with about half on each side of SB 54.

Most of the people who spoke in favor of SB 54 seemed like the uptight, elite type who never live with the consequences of their bad policy views. They spent more time shaming Trump supporters and the average American who wants the borders secured and our nation's sovereignty respected.

Some 15 people, many wearing “Make America Great Again” hats and donning other President Donald Trump garb, sat at the front of the audience supporting the City Council’s resolution to condemn SB 54. The majority of people who spoke in opposition to SB 54 were not from San Juan Capistrano, with some people traveling as far as Torrance to speak in favor of the resolution. 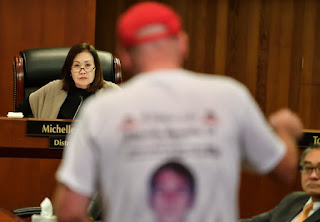 I was the guy from Torrance. YAY!

Here's more proof to counter the false narrative of the mainstream media that the whole push against SB 54 in Orange County is coming from statewide activists like myself. It's simply not the case. The movement is a combination of fed-up citizens, conservatives of all shapes and sizes who simply want our government to uphold the oath of office and recognize the United States Constitution as the Supreme Law of the Land (Article VI, Sect. 2).

“My daughter was in a (car) accident with an illegal alien; it almost killed her,” McCarthy said. “This isn’t something that’s just happening now. It’s been going on 20 or 30 years.”

Her life matters, too. American lives matter. What are we going to do, however, about the Americans killed by illegal aliens? Their lives are gone, and the parents and children are separated forever.

The majority of the people in attendance in favor of SB 54 and opposed to the City Council’s resolution were from San Juan Capistrano. Resident Heather Chapman, who said she works for an organization that helps under-sourced residents of San Juan Capistrano, said she felt that the resolution paints her immigrant neighbors as criminals.

"Immigrant" applies only to men and women who enter this country legally; therefore, they are not criminals. Shame on these left-wing snowflakes. Do they have any shame?

“These mixed-status families are not the criminals some think they are, but they are often victims,” Chapman said. “That is exacerbated by (the notion that immigrants) won’t trust police unless police don’t have the power to rip their families apart.”

Farias, a son of Mexican immigrants who was born and raised in San Juan Capistrano, said he sees SB 54 as a short-term political gain to Republicans and that, noting the resolution is symbolic, SB 54 did not directly relate to City Council business.

What a crock! Farias needs to be removed from office. If he thinks so little of his oath of office, then he should step down right now. The smugness of this guy was shocking. One member of the audience shared privately that his wife is an illegal alien still!

Legal status does matter, unless of course Farias wouldn't mind my moving into his house without his permission.

Councilwoman Kerry Ferguson said the resolution is not intended to hurt immigrant communities in San Juan Capistrano, but it’s about public safety.

Exactly: either we are a nation of laws, or we are not.

It's been a while since I could look over all the events and reports taking place across the state for the efforts to rollback SB 54 and end the Sanctuary State insanity.

Orange County is turning over on this issue. Fullerton voted to do nothing, but more cities throughout the county are getting on board to stop this nonsense.

We will keep working to ensure that every city stands against this lawlessness and puts the rule of law first.
Posted by Arthur Christopher Schaper at 7:41 PM