Supervisor Janice Hahn replaced Don Knabe on the Los Angeles County Board of Supervisors in 2016. 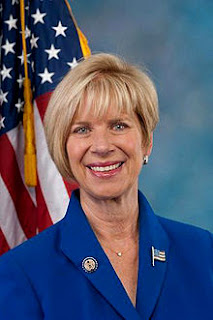 The Board has taken a hard-left turn since then. Instead of properly caretaking the needs of California citizens, they are pandering to illegal aliens and their social justice warrior enablers. Labor unions get all the attention and the seats at the table, while the rest of us are expected to pay for it.

Janice Hahn is the daughter of Kenneth Hahn, a civil rights leader who championed American citizens, particularly black Americans who had suffered incredible prejudice around the country. Now they are under attack because of illegal aliens, the mass migration which is pushing them out of their homes in different neighborhoods all over the county.

And let's not forget all other LA County citizens. What about our rights?

I contact Supervisor Hahn and her staff regarding SB 54, urging her and her colleagues to oppose this terrible "Sanctuary State" law and put the safety of LA County residents first.

Here's the outrageous response I received:

Thank you very much for taking the time to share with us your opinion on SB 54.  However, we must agree to occasionally disagree, and on this matter, we respectfully disagree.  The Los Angeles County Sheriff’s Department is not an immigration enforcement bureau, and Sheriff McDonnell has said as much.  The Sheriff’s deputies are already woefully understaffed and stretched thin; we do not want to add on collateral duties to their daily jobs that are not part of their mandate.  Immigrants are a vibrant part of our County who work in our tech industries, our hotels, and in our universities.  We celebrate immigrants and all of the positive impacts that they have on our communities.

The Office of Supervisor Janice Hahn”

It absolutely incenses me that our elected officials want to reduce this demonstrably serious issue to nothing more than a point of disagreement. Reasonable individuals can agree or disagree about which flavor of ice cream tastes the best.

When it comes to illegal immigration, public safety, and our elected officials's respective oaths of office, there can be no debate. SB 54 violates federal law and the United States Constitution, and it makes no difference whether a small class of federal jurists intend to agree or disagree.

The safety of LA County residents cannot be debated, and SB 54 is protecting criminals of all classes from deportation. They should not be in the country, let alone Los Angeles County, and we taxpayers should demand at the very least that our elected officials place our safety at the highest priority.

Hahn is siding with violent criminals and ignoring her oath of office. Notice also that her letter tries to blur the difference between immigrants--those who have entered this country legally--from those who have broken into this country--illegal aliens.

Such a lack of distinction is patently offensive.

I urge every reader to contact the Los Angeles County Board of Supervisors and demand that they uphold their oath of office, oppose SB 54, and cooperate with federal immigration officials to ensure safe streets and sound communities in Los Angeles County.

Here is my extended response to the Office of Supervisor Janice Hahn:

Thank you for your writing to me regarding my concerns about SB 54, the so-called "Sanctuary State" law.

I must forcefully challenge the response issued by Mrs. Eubanks and your office.

First, never did I assert that LA County Sheriff must divert his resources to enforce immigration laws. You are not respecting the intent and concerns of my letter.

Second of all, LA County Sheriff Jim McDonnell bravely opposed SB 54 precisely because it is a public safety issue, regardless of one's stance on immigration. I am disheartened that you, Supervisor Hahn, and your colleagues have differed with LA County's chief law enforcement officer. 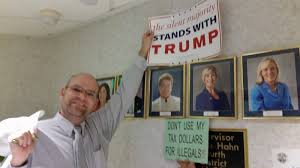 You need to respect his insight and experience and oppose SB 54. With ICE out of LA County jails, immigration enforcement officials have had no choice but to enter local communities, including schools, hospitals, and neighborhoods. These actions endanger our law enforcement and our law-abiding citizenry.

The Los Angeles Times reported that ICE officials were harassed by local activists, and the LAPD officers on duty could not help their fellow brothers in law enforcement:

Such behavior is unbecoming, unconscionable, and unconstitutional. Our federal officials have every right to enforce federal laws in every state of the union, including California. SB 54 directly contravenes federal law regarding the requirements that local and state officials share information regarding the location and release times of illegal aliens arrested, convicted, and incarcerated in our jails. This legislation is placing small business owners and private firms in an impossible bind, as well, since they face prosecution from the state attorney general if they cooperate with ICE, particularly in regards to audits; or they face federal prosecution for not cooperation with ICE in those instances.

Third, having written the above, I must emphasize that SB 54 is protecting violent criminals, allowing them to be released back onto Los Angeles County streets, when they should be turned over to immigration officials. California citizens like Sandra Duran of North Hills and Ronald De Silva of El Monte were killed by illegal aliens who had multiple convictions yet were still released onto our streets or had skirted immigration enforcement.

These deaths should have never happened, and therefore these outcomes are outrageous. You and your colleagues should meet with the Angel Moms and Dads whose children have been murdered by illegal aliens. Then tell them directly to their faces that you choose to stand by this lawless policy.

Fourth, it is offensive to me that your office uses the term "immigrant" as though there is no distinction between among the millions who followed the law to enter this country legally vs. those who broke into this country illegally--they are illegal aliens, not immigrants. By the way, I have never once questioned the good will and worth of law-abiding citizens who entered this as immigrants. Your letter assumes otherwise.

I have many friend who immigrated to this country--i.e. they came legally. They are the Mayor of Westminster Tri Ta; Nick Iaonnidis, the Founder of Immigrants Day; and Agnes Gibboney, whose son Ronald was murdered in El Monte (as mentioned above). They all worked very hard and waited a long time to become citizens. 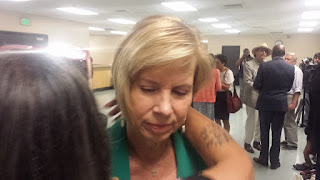 Last of all, Representative Hahn, you took an oath of office to uphold and defend the United States Constitution. Your decision to disregard that oath and support SB 54, a patently unconstitutional piece of legislation in conflict with our Founding Charter and federal laws, calls into question your judgment and the legitimacy of your office.

If you will not abide by your oath, then you must resign immediately. I must ask, since your father Kenneth Hahn was a diligent civil rights activist for American citizens, particularly black communities--which have been adversely impacted by illegal immigration--What would your father say to your dereliction of duty?

I will be informing every local official and constituent regarding your unjust decision on this matter. You must speak out against SB 54 and put the safety of American citizens first.

Here is the contact information for the LA County Board of Supervisors: 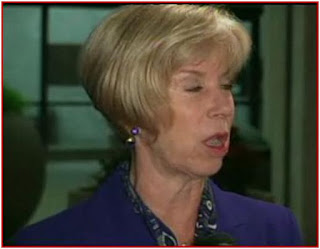 Tell them to put Americans First, tell them to side with law-abiding citizens, the LA County Sheriff, and with the men and women who put their lives on the line every day to protect LA County residents.