The Beach Cities Republicans continues to hold strong meetings and engage people from all over Los Angeles County, even in the state of California, to get into the game and Make California Great Again.

The Trump Train is forging ahead throughout the country, and even in California, there is growing hope--and opportunity, that Republicans and Trump supporters of all other backgrounds can get on board to take back the Golden State from the phalanx of corrupt special interests looking out for their own interests--at the expense of the public interest.

For the May Meeting, a number of guests stepped up to share their views and their fight for our country and our President. 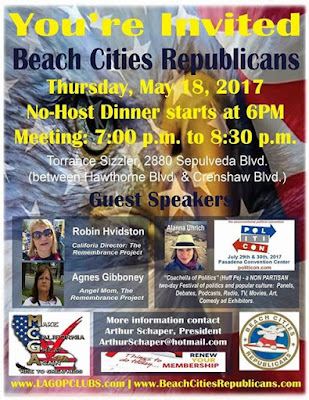 We had an incredible turnout that night! 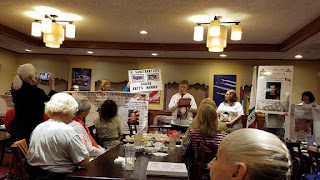 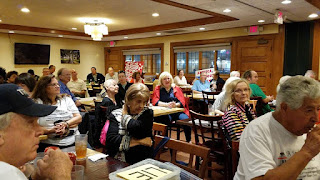 This video contains the first part of the Beach Cities Republicans meeting: 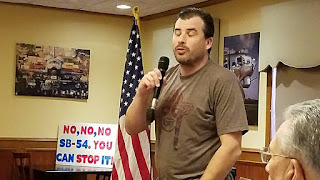 He has been the spear-head for many pro-immigration enforcement initiatives throughout the state of California. His initiative process to pass ordinances to ban the hire of illegal aliens in local cities, and to prevent landlords from renting out their facilities to illegal aliens.

Now he's targeting Torrance, CA, telling the city council that if they do not pass a resolution condemning SB 54, then he will go after the city's utility user's tax, which accounts for 20% of the citiy's revenue.

Jo Reitkopf of Make California Great Again showed up to get everyone excited about turning Califonria Red for Election 2020. This team of hard-working organizers and activists has already combined outreach with key demographics across the state. 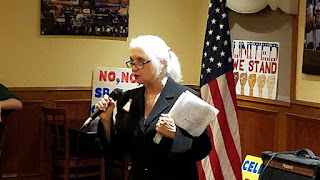 She also highlighted and praised Andrew Reeder's efforts to coordinated LA for Trump team members for events in Berkeley ... and other states! 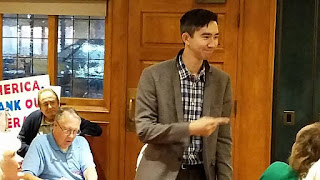 Matthew Woods showed up, too! 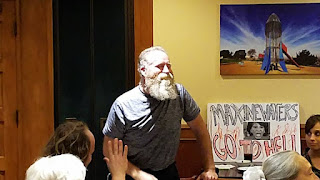 And he brought one of his great signs, too! 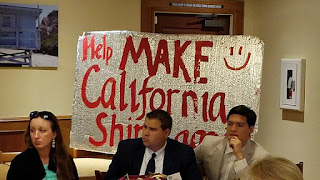 Our featured speakers were the members of the Remembrance Project. 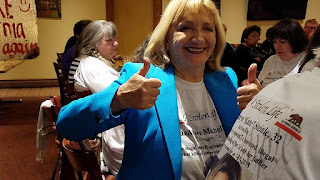 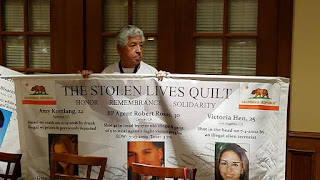 Betty Robinson of Tustin. She keeps a tally of every American who has been killed by an illegal alien since Kate Steinle's death in September, 2015: 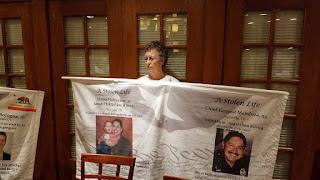 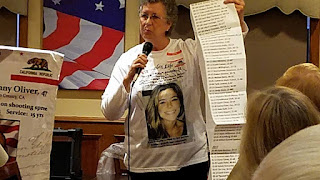 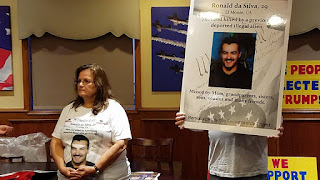 The account of her struggles with illegal immigration, and how painfully close to home they hit and her family, are moving beyond words.

Check out her moving remarks during this part of the meeting:

Matthew Woods of LA County for Trump talked about First Amendment rights, and the steps that we can take to reregister voters and take back California. All of us are furious with what's happening in teh state of California. High taxes and fees, wasteful spending on the boondoggle crazy train. The pandering and pre-eminence of illegal aliens has infuriated the vast majority of California residents.

So, let's change the numbers and get good candidates to run for office!

Here are some other great people who attended the meeting:


Please take a look at the uilts and the posters from The Remembrance Project, in which the 50-state movement represents the countless lives lost to illegal aliens, because our federal government refuses to enforce our immigration laws. 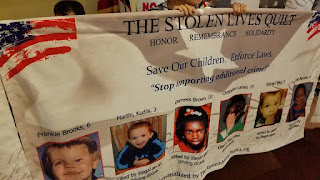 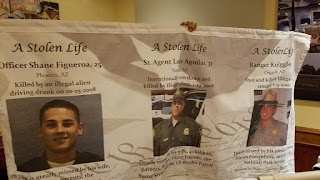 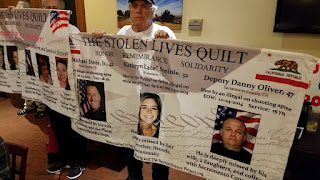 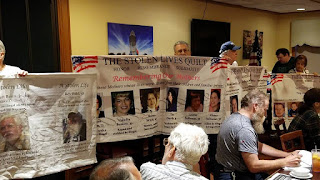 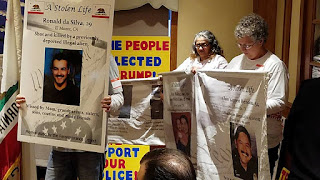