Why Language Matters: The Abortion Issue

After I posted the videos about our protest in front of the Westminster, CA Planned Murderhood facility, the following comment emerged.

I think it points to the serious problems our country is facing, and why different sides of an issue struggle to make any headway. Worse yet, the lies of the Left frame an issue in a false light. For that reason, they paint pro-life forces as bigots or narrow-minded sexists.

Enough is enough. If anyone really wants to see what the War on Women looks like, look no further than the Democratic Party and their culture of attacking women in poor and working class communities, and then targeting their children for abortion.

100% she has a right to her body but when she allowed a man to enter her body she lost the right to murder the child that in fact has a right to their body. Now the base platform that was used to murder children in the first place was the "law" stated that "life" had not begun until a specific amount of time had passed. Any one with common sense knows that if they found anything that "grows" on another planet they would declare "LIFE" has been found. 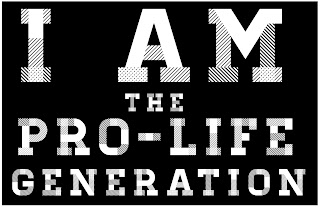 But somehow a living BABY isn't life? VILE and all based on the distortion of reality by manipulating our ignorance of words. Now don't get me wrong. I believe that abortions could still be performed in specific instances and by Judge ordered allowance. In other words a case by case and with a court and Judge having to ok it. So that takes rape and life threatening off the table as an argument to murder hundreds of thousands of babies. Everyone of us has their blood on our souls. Sacrificing children to Satan and no end in site. I guess America is the great Satan. We stand by and allow babies to be murdered.
Show less

With that said God Bless you for bringing attention to the mass murder of our children.﻿