We the People Rising Stand with Law Enforcement Against Illegal Immigration

The meeting agenda seemed pretty short, but the discussion about a number of issues went much longer than most people had anticipated.

Two of the agenda items focused reporting data of police misconduct and then ACLU presentations to demand more accountability for "immigrant youth" in county jails and other facilities.

The entrance into the building was beautiful: 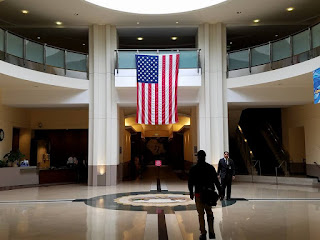 We the People Rising arrived to raise our concerns against this corrupt misuse of the legal and law enforcement systems for illegal aliens and no protections for American citizens. 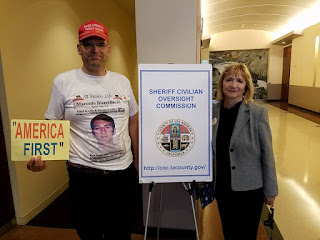 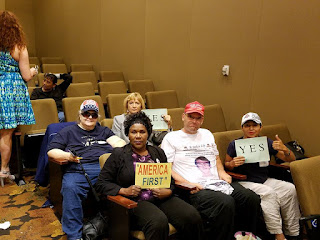 Here's the first video of the meeting:

The room was nice and welcoming. Other county board meetings gather there, too.

There are nine members of the Commission. 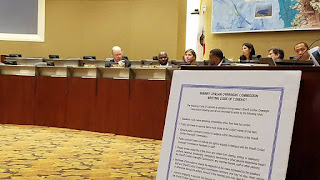 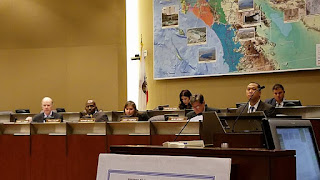 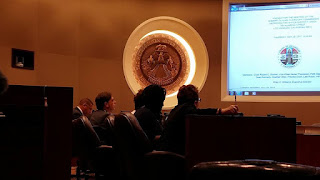 A number of left-wing, pro-socialist, pro-illegal alien activists showed up, too, but their numbers were far smaller than expected: 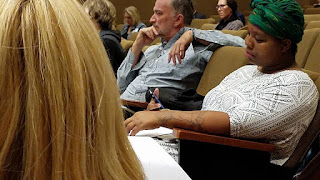 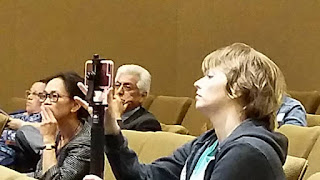 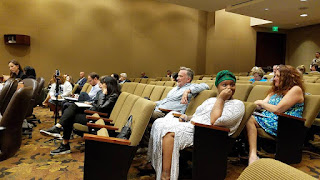 The members spent nearly an hour discussing how to aggregate data about the use of force among sheriff's deputies: 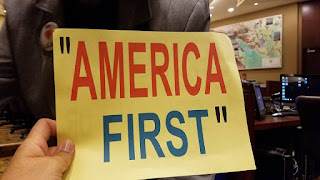 Some of the people in the audience were very rude, too. In the video below, you will hear the rude leftists in the background while members of our team addressed the Commission:

The audience had a pretty ample amount of people: 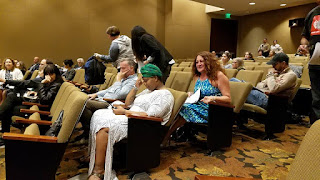 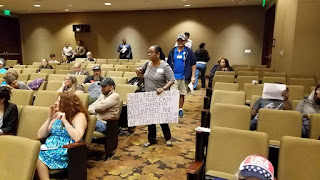 During public comment, most of the left-wing SJWs talked about ending the Sheriff's drone program.

Chanell was really upset, since illegal aliens and Hispanic gangs have targeted black communities in the Los Angeles area for decades. These gangs even fire-bombed homes in the Boyle Heights area to drive out the black communities there!

Robin and I talked about the abuse of American citizens and our support for law enforcement. I had spoken about the efforts of the LA County Sheriff's department to protect us at the Cudahy City Council meeting on May 22, especially after a wannabe Antifa thug hit our friend Cyrus Hojjaty in the face:

Elsa Aldeguer spoke out against illegal immigration, reminding the audience that she had immigranted to the United States legally.

Miriam Fogler talked about what her father had told her. Her parents fled Europe to escape the Holocaust.

No wonder there has been such a heated, violent war betwee "black and brown" in the LA area.

This crazy old guy with wild hair was shouting and yelling at the Commission a lot, as he was really outraged about the treatment of prisoners in our jails.

What about American citizens?

One lady complained about the abusive behavior she had to endure at her children's local school in Compton. Was she an immigrant or an illegal alien? The information was not clear to us until later. She got an excessive amount of time to talk! Whatever happened to fairness and justice? 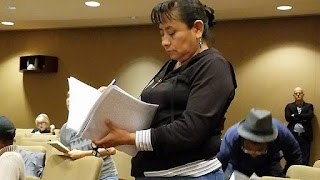 Another guy walked up and played the slave card. 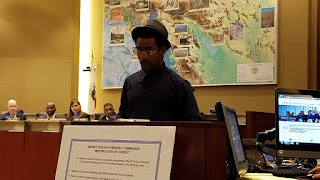 The Commission took a ten minute recess, and right away I confronted this abusive, disrespectful SJW in the background who had flashed at me his middle fingers while I was showing the audience the Remebrance Project T-Shirt of DeAndre Mitchell:

He was not ready for someone to confront him on his hateful, ignorant rhetoric!

The meeting was a success for We the People Rising.

We spoke out against the liberal SJWs who don't care about the rule of law.

We stood up for American citizens and the rule of law.

We counter-acted the lies of the left and the media, all of whom claim that the vast majority of Americans favor open borders, illegal aliens, and amnesty.

The media there were not surprised to see us there, and so where other people in the area.

Here's one guy who attacked us:

Chanell Temple and I walked back to our cars talking about our victory against La Raza, the ACLU, and the other pro-illegal factions in Los Angeles County: