He believes that the state's resources should go toward protecting illegal aliens rather than taking care of the basic needs for all California citizens. 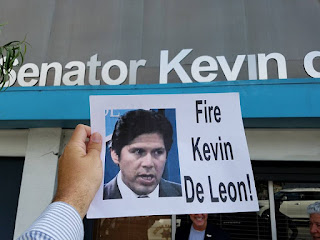 We the People Rising decided to pay Senator De Leon's office a visit. 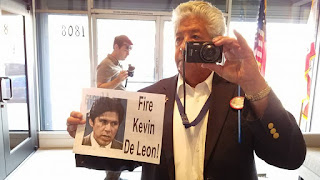 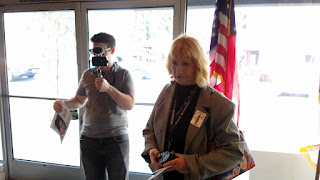 His office is located on Sunset Blvd near MacArthur Park. 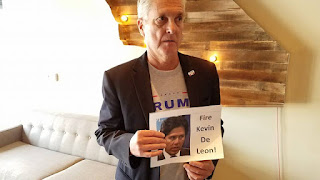 Check out what we did to shake complacement De Leon's cold arrogance toward California residents:

The staffers were not that happy to see us.

The office director told us that we could not sit down with him or a staffer for five minutes. 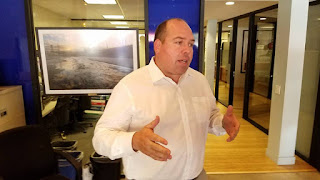 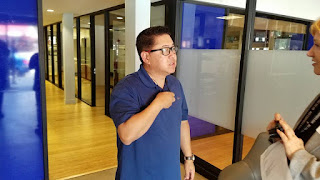 So, they got to deal with us for thirty minutes.

Robin had the letter from the Glendora City Council, in which the councilmembers unanimously condemned SB 54. Even the more liberal members of the council agreed that this bill would be bad news for the state of California. Of course, they spent more time hemming and hawing.

Then they told us that the office was closed. Reminder -- it was 4:20pm. 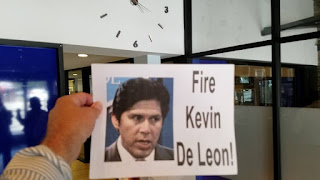 The office closes at 5:00pm. This is outrageous. What is it with these arrogant, rebellious staffers? Have they no respect, no regard for the California Taxpayer?

Then they threatened to call the police.


But we didn't budge.

Look at all the handouts that the state senator provides for his "constitutents." 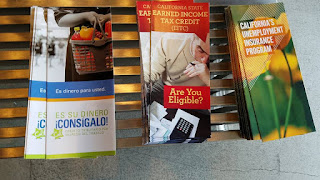 I have to place that words in uotation marks since a growing cohort of the people living in his district are illegal aliens. He even told a state senate committee that illegals have to purchase fake IDs and false social security numbers in order to survive! 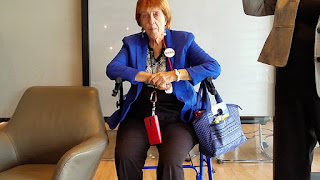 We were peacful, refusing to be pushed out by a bunch of disgruntled staffers who did not think they had to serve anyone:

The police officer was not that pleased:

We left the office on good term with the police officer, even though we have no respect for the state senator: 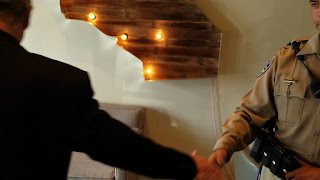 But we made it very clear to the De Leon and staffers: this is our state, and we will not allow it to become a sanctuary for illegal aliens. 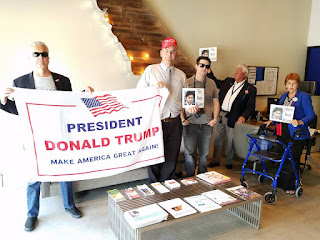