When the Rule of Law Matters, Then All Lives Will Matter

The terrorist group is spreading.

If black lives do matter, then why do black cops get killed?

If law enforcement cannot do its job, then black lives will never matter, since the thugs who kill them will never get caught.

The great leveler, and the great advancement of an open society, free markets, and liberated minds: it’s more than the research of thousands of years, or the Framers of the United States Constitution.
It all comes down to natural rights. To enforce those rights, every civilized nation relies on the rule of law.

Are we surprised? President Obama the political animal was raised in Chicago, where corruption fills the streets like a floodgate overwhelming a dam.

The backyard for Saul Alinsky was also field for free market Economics (The University of Chicago), but the unruly Radical’s political thuggery won out.

So, why should we be surprised at the destructive anarchy eating into the heart of our culture?
We have anarchy in the White House, with a corroded hat tip to Barack Obama. Anarchy is devouring the Middle East. Little Barry is still the man with a little heart, an unprecedented hatred for a country where the freedom to despise this framework of liberty stands so strong. He want on an apology tour, convinced that forced equality was more important than just consequences.

Now, anyone who has surveyed human history, and more importantly the attempts by Do-Gooders to make the world fair, will find that their aggressive efforts merely made the world more unfair, unjust, and unhappy.

The chaos of the Middle East is metastasizing in the West.

Most of the laws are not being enforced. Migrants attack with no fear of reprisal, like the rapists and sexual assault fiends during the Cologne News Year Day massacre. Corporate miscreance goes unpunished, too.  Judges have been forced to defer to European courts, and national legislatures get overridden by this federalized monster/superstate. (Thankfully, the British people declared “We’re Leaving”, and the rule of law, British law for British people, was restored.) 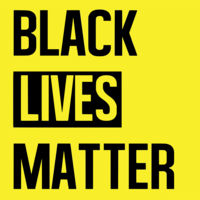 Today, anarchy is spilling out on the streets of America. Injustice is becoming the norm here. Thanks again, Barack Obama. His attachment to reparations, fair dealings, and determined interest in bringing America to Third World status has invited this anarchy.

Yes, there is racism. Yes, individuals acting under the color of authority have committed crimes because of prejudice. Yet the system does not become corrupt unless people blame the system rather than hold individual actors accountable.

More police officers are under attack. They are not the criminals. The five Dallas police officers were doing good, and yet radicals gunned down. Who will protect the protectors? Not Obama, and not a corrupted justice system. FBI, CIA, IRS, DOJ, etc. have undermined everyone.

When terrorists, gangsters, and social injustice warriors overrun traffic and attack police officers, you know we have a problem. California had Black Lives Matter thugs breaking up traffic, taking over freeways.

Twenty years ago, I was watching Los Angeles go up in flames because of the Rodney King beatings. The protesters agitated against everyone, bearing posters which read “No Justice. No Peace.”

There can be no peace without justice, and there is no justice without the rule of law.

In California, this persecuting, raging entitlement mentality has reached a new boil. Bay area commuters have languished not just on the 80 Highway, but also on the Bay Area Rapid Transit. Illegal aliens and their activist promoters take over Downtown Los Angeles and the environs. Their unjust acts emerge in a society which will not administer justice, where the rule of law does not rule.
The anarchy eating away at our country has to stop.

But what is happening to America?

The better question: what is NOT happening in this country?

Enforcement, follow through, justice, and the equal treatment under the law.

U.S. Congressman Trey Gowdy warned his colleagues in committee and the floor of the house: “We make law.”

Despite his desperate reminders, and the pleas of conservatives, elected officials have voted to continue the funding for President Obama’s executive lawlessness. Obama now feels comfortable making the rules, changing them as he sees fit, or ignoring those he does not agree with.

The Republicans in Washington, not just those who go along with the K Street Two Step, but even those who want to do something, but do not know what to do.

A scene from Dr. Phil’s first book might explain what.

Yes, Dr. Phil, and yes, we are talking pop psychology for a minute.

The scene: Oprah Winfrey is facing a massive lawsuit. Texas ranchers were furious about some seeming claims that they felt would threaten their meat production. Oprah was sitting on the steps in a home she had rented out to prepare for the upcoming lawsuit. Crying, frustrated, unhappy, she could not believe she was getting sued.

“How could this be happening? What did I do wrong?”

Dr. Phil McGraw, at the time serving as a juror consultant, didn’t sit down and feel sorry for her. He grabbed her to get her attention: “This is happening. Deal with it.”

It’s time to stop acting surprised at the disorder in this country, and around the world.

When the rule of law matters, then all lives will matter.
Posted by Arthur Christopher Schaper at 9:51 PM