Crowds from another group also attended.

We put pressure on the stockholders and shared with reporters why we were there fighting.

The report of our protests went all over the country.

I received the following direct message on Facebook after the California MassResistance protest.

This person's name is "Rachelle" Roberson, a man pretending to be a woman.

This is a joke.


"You preach about what you know not. Your comment on the Target protest is factually incorrect.

"While you have the freedom to say what you want, quit spewin comments that are just not true. Gay men are gay men simple as that. Transgender women are not gay men  .so your "Adam and Steve" comment holds no merit.

What about transmen who are ftm? Sexuality and gender are not the same. Gender is who we are sexuality is who we love.

To debunk your theory  listen at this: I'm a transwoman, still married faithfully to the same wife for years.

Now what's your comment about that? And yes I can legally use the womens room everywhereI go and I do."

So, Rachelle is a woman married to another woman, and therefore she--or he?--is not gay.

No, Rachelle (Richard), it's not simple.

The fact is whether Rachelle likes it or not, he is living in a delusion.

He references a comment I made at the protest: "Adam and Eve, not Adam and Steve." but then I added "Steve didn't try to be Eve."

The reporter did not record the last part of my remarks. 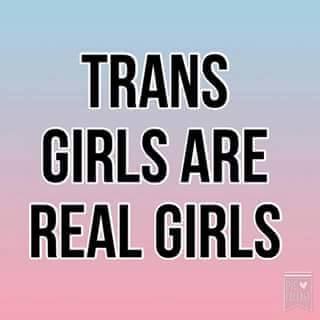 Transgirls are not girls. They are boys.

There is nothing real about their mental illness.

California MassResistance will continue to stand up to this destructive madness and alert our culture that male and female are fixed, meaningful realities.