I was looking over videos reporting on the appointment of the two illegal aliens Julian Zatarain and Francisco Medina to two city commissions in Huntington Park.

The utter lawlessness in the city following this rogue disregard for federal law should alarm everyone!

The rogue bicyclists who troll through the streets, with no regard for the traffic.

The corruption with city contracts.

And the appointment of two illegal aliens to city commissions.

The corrupt city council claims that only a bunch of racist outsiders oppose the appointments. 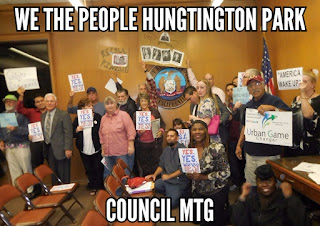 Residents in the city opposed it, too.