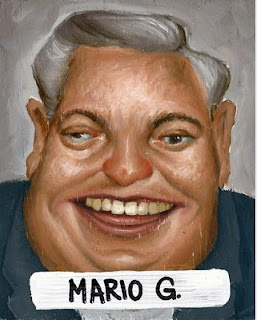 Dear Mr. Schaper,
I felt the need to respond to your email this morning.

I am a member of the CAGOP Board of Directors, and I was one of those who received this email from you today.

I am also the former Mayor of Downey, current Civilian Aide to the Secretary of the Army, a proud Republican, and a member of the Catholic Clergy (ordained in 2002). I am telling you this, so you know that my response to you is totally from me personally.

I am NOT speaking on behalf of anyone nor any organization that I belong to nor have in the past. These are my personal thoughts.

I have been married for 35 years, have 5 grown kids and 4 grandchildren. I was a refugee that arrived in this country on one of the first freedom flights escaping communism. Like many immigrants my parents gave up everything to come to this amazing country. I had three brothers who have passed away. Two of the three were gay. One died from AIDS, another one from cancer and the other from a plane crash.

I write this general information to give you some background on who I am and what I represent.

I loved all my brothers. While two were gay they were part of who I am as a family. As a Christian I can vouch for what I know to be God's love for them as much as me.

I was embarrassed in my early years about their homosexuality and would not want my friends to know. I overcame this as I matured, understood who they were and as my faith grew. They did not choose to be gay by the way, just like you or I choose to be straight.

Your email and thoughts are disgusting and insulting.

We are better than that and I am proud to be part of a party that is inclusive to everyone. Including our gay family and friends. Our party stands for equality and principles of how we treat others.

While I do not usually respond to such unbelievable hateful rhetoric, I couldn’t help myself in this case. I felt the need to respond to you. I have been praying for guidance all morning since I read your email.

What we should do, out of respect, is have the attitude of presence, accompaniment, sincerity, prayer and invocation together with everyone. We all need to be and live as true children of God.

Perhaps the best way to understand pride is to imagine what you would say to a young person who finally summoned up the courage to tell you that they are LGBTQ. You know that God created them, that God loves them, and you know that God wants you to accept who they are. At least I do. I have no doubt in my heart.

Awareness of your own dignity, which is closer to what pride month is: a celebration of the human dignity of a group of people who for so long have been looked upon as less with disgust from people you. Treated with hate, just like you are portraying them in your email.

As a Catholic Clergy I have been proud of the Catholic Gay and Lesbian Ministry we have had in the Los Angeles Archdiocese for over 20 years. Most people do not know that. The Catechism of the Catholic Church teaches that everyone “must be accepted with respect, compassion and sensitivity. Every sign of unjust discrimination in their regard should be avoided.”

I am happy to see that our party nationally is accepting of everyone. As they say in politics, our tent is big, and everyone is welcome. We should be spending time on electing Republicans and avoiding hate speech. We all want the government out of our churches, out of our bank accounts and out of our bedrooms. We should ask no less for our party. We should push hate speech like yours out of our party also.

Ivanka Trump, President Trump's daughter and presidential advisor, recently stated, "I am proud to support my LGBTQ friends and the LGBTQ Americans who have made immense contributions to our society and economy."

I will pray for you and those who feel the way you do.

Help us to see that every human being is an image-bearer who must be afforded compassion, love, kindness, respect, and dignity. Keep us from engaging in hateful and harassing behavior toward any individual or group.

Help us heavenly father and others to see that in your goodness and grace, you have created all human beings in your image.

Again, these are my personal thoughts and views. I am in no way speaking for those on this email, just like you do not speak for me in your views on what it is to be a Republican. Mario

UNCLASSIFIED
Dn. Mario A. Guerra CPIA
Civilian Aide to the Secretary of  the Army

Mario Guerra does not know his faith or the traditions of Catholicism very well.

He also, shamelessly, used the coat of arms in his email response to me, even though he had repeatedly claimed that his remarks were his alone, and that he was not speaking in any specific capacity for any other organization or agency. What's going on here?

Posted by Arthur Christopher Schaper at 11:01 AM