This story hits so close to home for me.

A catholic nun and former principal at St. James School (located in Torrance, pretty close to where I live, in fact), will plead guilt in federal court to stealing money from the school where she worked for 28 years to fund her gambling habit and pay credit card bills. 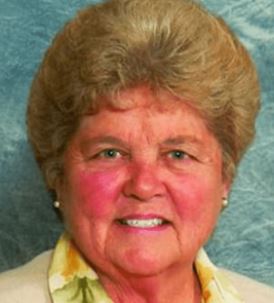 Here's the full story in the Daily Breeze:

A nun and former principal of a Catholic school in Torrance has agreed to plead guilty to embezzling $835,000 in tuition and charitable donations to pay for her gambling habit and other expenses, prosecutors announced Tuesday.

Mary Margaret Kreuper, 79, of Los Angeles, faces one count each of felony wire fraud and money laundering, U.S. Attorney’s Office officials said in a news release. She is expected to plead guilty during her arraignment on July 1, according to a plea agreement between her and federal prosecutors filed Tuesday.

The defendant served as the principal of St. James Catholic School for 28 years, and admitted diverting some of the school’s money between 2008 and 2018 into accounts she controlled, prosecutors said. Despite swearing a vow of poverty, she admitted using what she embezzled to pay bills racked up while gambling at casinos, as well as other expenses. She went on to falsify reports to administrators in order to conceal the misuse of funds, prosecutors said. 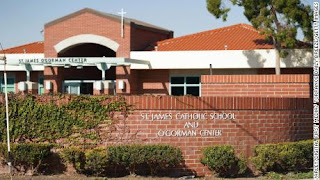 “The community of faith at St. James was shocked was saddened by these actions,” Archdiocese of Los Angeles spokesman Adrian Alarcon wrote in an emailed statement.

Church officials learned about the stolen money in 2018, as the result of a financial review performed after Kreuper retired. They were initially hesitant in pursuing criminal charges against her and another nun, Lana Chang, who admitted wrongdoing and expressed remorse for the embezzlement scheme in internal documents after it was discovered. However, the Archdiocese reversed course in light of outrage from parishioners.

This revelation is particularly disturbing. The Los Angeles Archdioceses was going to resolve this quietly? They were going to let the nuns get away with it, basically?

No charges had been filed against Chang as of Tuesday. Investigation into the matter has concluded, said Ciaran McEvoy, a spokesman for the U.S. Attorney’s office.

I wonder why the feds have not gone after Chang?

Kreuper faced a maximum sentence of 40 years in prison and restitution of up to $1.67 million for the two charges she is expected to plead guilty to. The actual punishment she receives will be up to a judge’s discretion, and could could range anywhere from probation to the maximum penalty. However, the plea agreement contemplates a sentence of three years, said Thom Mrozek, another spokesman for the U.S. Attorney’s Office.

She is not going to get 40 years in prison. There is a long body of common law judgments which discourage locking people up for decades, especially when they are elderly. She must make restoration, no doubt, and that would be real justice for the school, the parents, and the students.

The attorneys representing Kreuper, Mark Byrne and Daniel Nixon, who called her Sister Mary Margaret, said she is “very remorseful for what happened,” and has been completely cooperative with law enforcement and the archdiocese after the embezzlement came to light.

“She became a nun when she was 18 years old, and for the next 59 years she dedicated her life to helping others and educating children in archdiocesan schools,” Kreuper’s attorneys wrote. “Unfortunately, later in her life she has been suffering from a mental illness that clouded her judgement and caused her to do something that she otherwise would not have done.”

If she was suffering from a mental illness, then why would she plead guilty in the first place? This is a nonsense defense, even insulting. Someone with a mental illness cannot engage in the financial shenanigans which she perpetrated, to cover her tracks while spending other people's money.

They declined to go into further detail about any illness their client may have been diagnosed with.

Here's the official press release from the US Attorney's office. Click here.

When I worked at the local grocery store a few years back, just down the street from St. James School, I saw this nun coming in from time to time. Earlier, when I was looking for work as a teacher, I had visited St. James School and submitted an application for employment. At the time, she told me that they had not had one vacancy in five years, since everyone liked working there.

It's so eerie that something like this is happening to close to home: a nun with a bad habit was on the run with stolen money.

I have heard of holy rollers, but this is just ridiculous!

Forget Hail Marys. Maybe she had too many Bloody Mary's.

You cannot serve God and Mammon, and this momma nurse is going to be saying "Oh Man" in federal prison.

(The jokes write themselves. I can't help myself!)

On a more serious note, St. James School (and the parish based in Redondo Beach) are very connected to me, as well. My mother went to that church with her family for many years, and I went there myself for a while.

This revelation is still shocking after all this time. This lady interacted with me and others for so many years, that she was stealing from the church! This story got major press a few years ago, as most people were living up the fact that a religious official and a professional in an educational setting did such dastardly deeds, which harmed parents and children who had placed such trust in the school and the church leadership.

It's still very disconcerting to me that the Archdiocese was thinking about not pressing charges against the nun/principal and her cohort in crime! Thankfully, there was enough outrage at the school and with the leadership that the Archdiocese did not sweep this scandal under the rug.

I am glad that this lady is going to face justice for what she did. I do pray that she can restore all the money that she spent, and that the school will be able to bounce back from this terrible financial hardship.