Middle school teacher fired for informing parents that their two children had decided to become “transgender.”

School staff facilitated the “trans” behavior – and kept it from the parents. 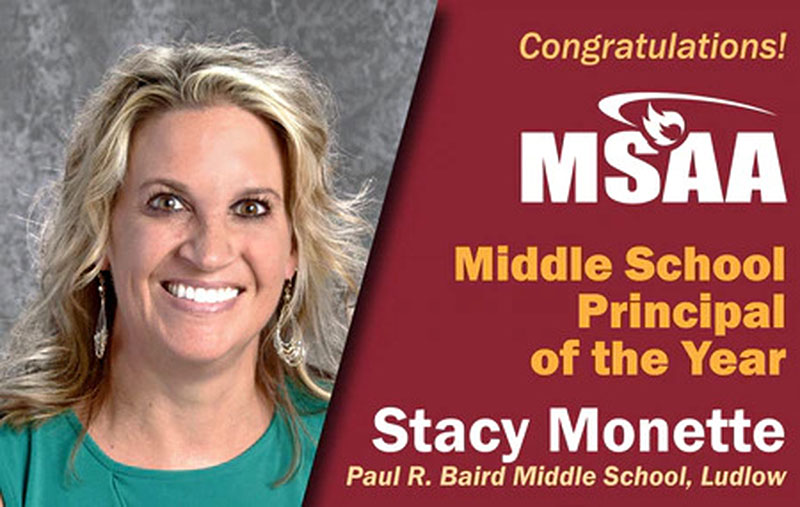 How corrupt is the education establishment? Stacy Monette, the Principal who fired Bonnie using phony reasons, was named "Middle School Principal of the Year" in 2020 by the Massachusetts School Administrators Association.

School officials pushing the “transgender” agenda in middle schools have become hostile and brutal toward those who refuse to comply.

A Massachusetts middle school teacher with a spotless 20-year record has been fired by the Principal and Superintendent. Her “crime” was informing the parents of a boy and girl what the school staff was doing to their children. In their zeal to fire her, they concocted a list of phony reasons that were easily debunked by the teacher’s attorney. But the firing still went forward.

In our earlier posts we described Bonnie, a principled Social Studies teacher at Baird Middle School in Ludlow, Mass. who prioritizes the well-being of students over any adult agendas.

In late 2019, Bonnie raised the alarm over the sexually graphic and explicit books being given to the children to read. Parents were angry and outraged. The school lashed back at Bonnie. The librarian filed a formal “harassment, bullying, discrimination, and hate crimes” complaint against her. It was completely phony – meant as intimidation – and went nowhere. And Bonnie refused to be intimidated.

Bonnie informs parents about their children’s “transgender” issues in school

Starting in late 2020, teachers and guidance counselors at Baird took advantage of the COVID disruption to introduce radical “transgender” ideas to children. They told children to decide their “preferred pronouns” and persuaded them that they might have been born in the “wrong” sex if they have certain interests. As children’s confusion grew, teachers would give them opposite-sex names to use in class. All of this was purposefully kept from their parents. Teachers were specifically told not to tell parents about this in at least one email that we’ve published.

In late February 2021, Bonnie saw that a sister and brother (ages 11 and 13) in the same family were now claiming to be “transgender” and seeking “gender transition.” She became very upset and informed the parents.

Both parents were extremely grateful to Bonnie – and were furious at the school officials for hiding this from them. The parents approached the Principal and (with the help of MassResistance) met with the Superintendent and demanded that this indoctrination be stopped immediately – and the people pushing it not be allowed near their children. (The school officials refused to answer regarding those demands.)

Bonnie did what any normal person would do. But the people running the Ludlow schools see the world completely differently – so they sought to stop Bonnie; it didn’t matter how. They took the necessary bureaucratic steps to fire her even though they had no legitimate reason for doing so. No matter. They concocted some phony reasons.

Bonnie is put on paid administrative leave. On March 19, 2021, Bonnie received a letter from the Principal notifying her that she is “being placed on paid administration leave effective immediately for conduct unbecoming a teacher related to your inappropriate communications with the parents of a student.” The student is the 11-year-old girl described in our previous post [LINK] (though not her 13-year-old brother about whom Bonnie also informed the parents). This is the first step in the bureaucratic termination process.

Bonnie attends “investigative interview.” On March 25, an “interview as part of the investigation” took place. It included the Principal, a Ludlow school “compliance officer,” Bonnie, and a local pro-family lawyer who accompanied her. The teachers’ union would normally be expected to supply a lawyer for Bonnie, but they came up with various excuses why they could not. (At the meeting Bonnie also learned that the termination process was instigated by the Principal and the Superintendent.) 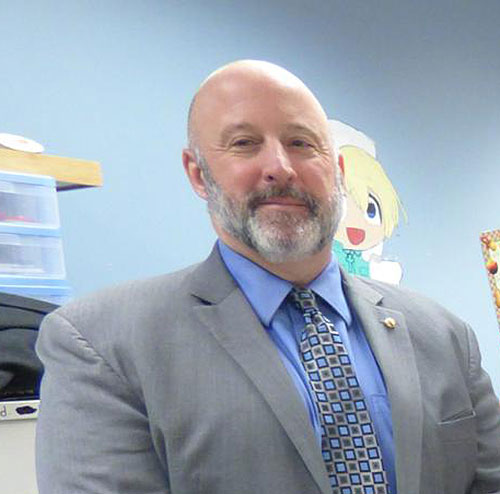 The Superintendent, Dr. Todd Gazda, made the decision, along with the Principal, to fire Bonnie. As we saw in early posts, he had no problem with the explicit sexual books in the school that Bonnie had complained about.

Bonnie gets a full-time attorney. After the March 25 meeting, Bonnie got a prominent attorney to take on her case. Frank McNamara is a former U.S. Attorney for the Massachusetts district and is very skilled in dealing with government cases.

Bonnie receives official “letter of intent to terminate,” listing the reasons. On April 16, the Principal sent Bonnie a letter stating “I intend to terminate your employment.” The letter listed several reasons for Bonnie’s termination.

Bonnie’s lawyer refutes all the “intent to terminate” reasons.

On May 17, Attorney McNamara sent a strongly worded letter to the school's attorney refuting every one of the reasons the Principal gave for Bonnie’s intended termination. This letter is very thorough and worth reading. Here are some of the highlights (with the page numbers in his letter):

Accusation: The principal states that Bonnie shared “sensitive confidential information” about a student’s expressed gender identity. Her action was in contradiction of the state Department of Elementary and Secondary Education (DESE) guidelines.

The truth: The DESE guidelines only apply to students ages 14 years or older. (Page 4.) The student was 11 years old.

Accusation: Bonnie’s action was against the direction of the Guidance Counselor.

The truth: The Ludlow Public Schools have never written or communicated any policy or requirement for Guidance Counselor approval of parent-teacher communications. Moreover, the American School Counselors Association (ASCA) has published Ethical Standards for School Counselors that advise that in these decisions, the rights of parents are the “guiding voice in their children’s lives.” (p. 6)

Accusation: Bonnie’s action was against the wishes of the student.

The truth: Records show that on December 15, 2020, the student met with Bonnie to discuss her gender identity issues. (p. 5). She told Bonnie it was difficult to discuss this with her parents. Bonnie offered to talk to the parents, and the child gratefully accepted. The mother subsequently sent an email to some of the child’s teachers informing them that the parents are getting mental health help for the girl and to “please allow us to address this as a family…” The school clearly ignored those wishes.

Accusation: Bonnie should have brought this up at the [school staff] Mariners team meeting on March 3.

The truth: The March 3 Mariners meeting was characterized by “unprofessionalism, disorganization, and chaos.” Further, during the time Bonnie was in the meeting, neither the student, the email, nor notification of parents was ever brought up, contrary to the Principal’s inaccurate assertions. (pp. 6-7.)

The truth: Bonnie had no reason to lie. The interrogation was clearly an attempt at entrapment. (p. 3). The questions were purposefully vague and misleading, using words that could have multiple meanings. Plus, Bonnie was not allowed access to her school records which would aid in her recollection of where she sent emails, etc. (Attorney McNamara addresses this in detail; pp. 7-10.)

The truth: The Principal simply made this vague statement. She has never cited specifically which state law and regulations Bonnie has violated. (p. 10.)

The truth: FERPA encompasses only an “eligible student,” defined as a person 18 years of age or older. Plus, the whole legislative thrust of FERPA is designed to extend rights to parents with respect to their children’s educational records. Its intent is not to enable school administrators to usurp those rights. (p. 11)

In sum, Attorney McNamara said that the parents had an absolute legal right to the student information conveyed to them by Bonnie.

On May 19, 2021, two days after receiving Attorney McNamara’s letter, the Principal sent Bonnie an official termination letter. The letter listed all the reasons included previously – which had been convincingly debunked by McNamara in his letter.

Obviously, the anger and zeal of the Principal and Superintendent to get rid of Bonnie was paramount in their minds. They clearly do not care about the cost of an expensive lawsuit that will be borne by the taxpayers of Ludlow – which the school system will surely lose.

The irrationality of this action against a good teacher – and the sloppy, juvenile way that these supposedly “professional” school officials are going about it – may surprise many parents. As Attorney McNamara observed, “This is not an illustration of first-rate minds at work.” But unfortunately, in today’s public education world, it is surely more the norm than the exception. And worse, as you will see, the Ludlow School Board is in full support of this lunacy.

We all need to stand up and resist this sort of action wherever we encounter it. The Ludlow parents and Bonnie are doing that!

Coming up: Another big resignation – and the ensuing fury against the parents by the School Board.

Posted by Arthur Christopher Schaper at 10:55 AM