Tells officials that children have “intellectual freedom” to read sexual books, even if their parents disagree 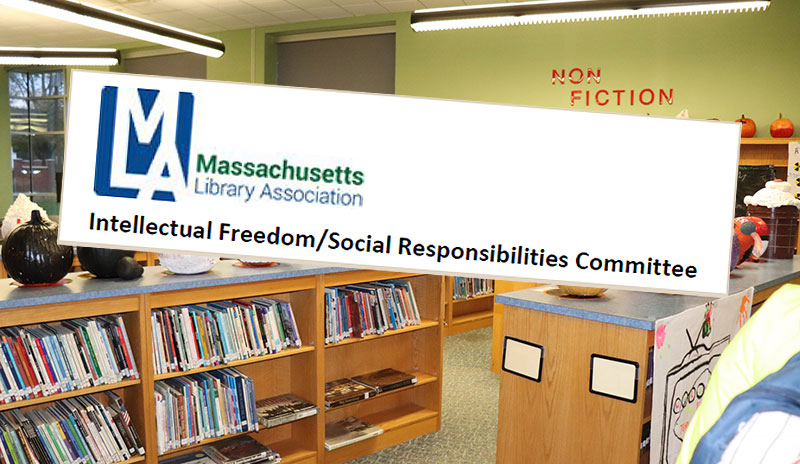 The local Massachusetts ALA affiliate fought hard to keep a sexually explicit children's book from beig removed from the middle school library and classrooms.

Most people think of the American Library Association (ALA) and its affiliates as rather bland professional organizations dedicated to supporting the library profession across America. But as with many other such organizations in recent decades, nothing could be further from the truth. The ALA has become a far-left group and a magnet for radicals and sexual deviants who work to push pornography and the LGBT agenda, particularly targeting children, into libraries across the country. The ALA also actively supports the lurid Drag Queen Story Hours in libraries.

So it’s not surprising that the ALA’s Massachusetts chapter, the Massachusetts Library Association (MLA), jumped into the fight against parents over the sexually explicit books at the Baird Middle School in Ludlow, Mass.

As we described in Parts 1-5, Bonnie – a social studies teacher at Baird – had complained along with 18 other teachers about the sexually explicit books in the school library. These books were also being circulated in the classrooms. On Nov. 18, 2019, the teachers sent a detailed letter about the problem to the Superintendent.

The Superintendent disagreed, and told them that the School Board required a formal bureaucratic process to get books removed. So on Jan. 20, 2020, Bonnie submitted the paperwork for one of the worst of the books, Sex is a Funny Word.

It’s usually parents who are the first to complain loudly about harmful books. The fact that this book had been formally challenged by a teacher at the school was very alarming to the librarian, Jordan Funke, and her allies. So Funke (a woman who dresses like a man) fought back. On Jan. 27, 2020, she filed a formal “harassment” charge against Bonnie – claiming that Bonnie’s complaint about the books constituted a personal attack on her. That charge ultimately went nowhere.

Calling the ALA for help

Funke also contacted the American Library Association’s Office for Intellectual Freedom, their Orwellian hatchet group that fights the removal of pornography targeting children and from libraries and schools across the country. Funke was then directed to the Mass. Library Association’s Intellectual Freedom and Social Responsibilities Committee, which pressures libraries and schools in Massachusetts. The MLA was eager to help Funke fight to keep Sex is a Funny Word in the hands of middle school children in Ludlow.

The ALA and its affiliates dishonestly use the term “intellectual freedom” to pressure schools and libraries to treat young children as mature adults, independent of their parents’ guidance – an absurd idea.

The first MLA letter was addressed to “To Whom It May Concern” and seems to be addressing the Baird Middle School teachers and parents. The letter describes how Sex is a Funny Word has won several prominent book awards (from the ALA and other left-wing or LGBT groups), how the book is written at a reading level for 7-10 year olds, and how the sexuality in the book lines up with Massachusetts Health Curriculum Framework.

All of those reasons, of course, are red flags for parents. The fact that a sex book for children gets awards from far-left and LGBT groups and is written for young children’s reading level is frightening. And the Mass. Health Curriculum Framework, written in 1999, is not state law. It is simply a radical “guide” for sexuality and LGBT “education” in schools – that virtually no school follows.

The letter ended saying that the MLA hopes that the Superintendent’s committee will vote to retain the book in the middle school.

The second MLA letter was addressed to the Ludlow School Board. It warns them not to rescind or deviate from their current “Reconsideration of Materials” policy for their school libraries. There is a veiled threat that there will be some sort of legal action if the School Board changes that policy, (which they had apparently done temporarily at a recent meeting).

These letters, using official sounding language, were clearly meant to intimidate the school officials in Ludlow who might consider siding against Funke, the Superintendent, and their allies. Also, as we learned later, MLA representatives began attending School Board meetings and personally pressured Board members. And it worked. The School Board (and apparently their attorney) got cold feet about getting out of line.

Two days after the MLA letters, on Feb. 13, 2020, the left-wing committee that the Superintendent appointed to deal with Bonnie’s formal complaint unanimously decided that the content of the Sex is a Funny Word is “age-appropriate for middle school students.”

Two months later in April 2020, the MLA’s Intellectual Freedom/Social Responsibilities Committee published an internal report on their Ludlow fight, along with a timeline of events in Ludlow. It’s full of left-wing snark, and many of their details of what happened are incorrect.

But it shows the great extent that the MLA got involved in Ludlow. That’s where we learned that the MLA had begun attending School Board meetings and personally pressuring Board members. And among other things, they apparently also worked with the Superintendent’s committee regarding Bonnie’s complaint to help them back up their “correct” decision.

It’s very interesting but frightening to see how obsessed these people were with keeping that one book in children’s hands - and how aggressive (and deceitful) they were.

This is a classic example in how the Left operates. They want no one anywhere to have any freedom from their agenda.

Coming up: The transgender agenda targets the kids.