Part 4 of a series on the Ludlow MA middle school 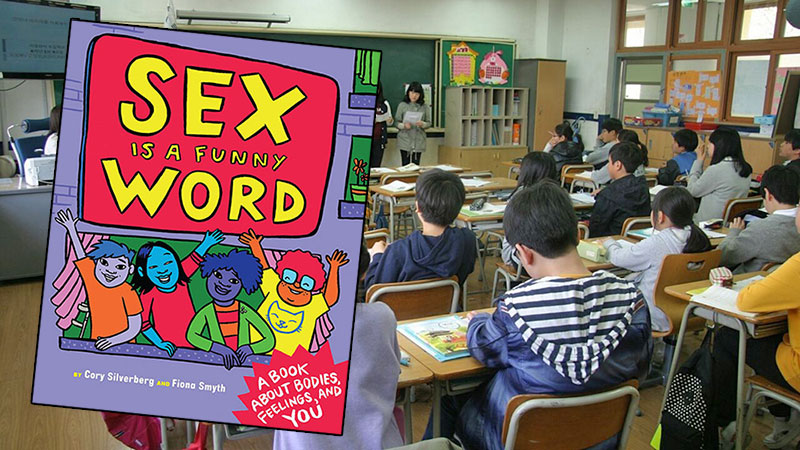 This explicit sex book was put in middle school classrooms - and strongly defended by the school officials.

In middle schools across the country, very disturbing graphic and explicit sexual, homosexual, and transgender themed books are offered to children. The books are not only placed prominently in school libraries, but are sometimes even given out in classrooms for “independent reading.”

But what happens when a parent – or even a teacher – insists (correctly) that these books are harmful to children and should not be there? As you will see, school officials are prepared to completely undermine any challenge.

As we described in Part 3, Bonnie, a social studies teacher at Baird Middle School in Ludlow, MA, flagged several of these pornographic “children’s” books, and brought them to the attention of the Superintendent. Anyone with common sense could see that these were harmful for middle school children. She and 18 other teachers subsequently submitted a letter to the Superintendent saying that they should be removed immediately.

But of course, that’s not what happened. And the Superintendent said he did not agree with them.

The Superintendent told the group that the School Board had an “approved process” that their objections must go through. For each book, a separate form had to be filled out and submitted to the Superintendent. It was designed for parents, but teachers could use it also, he said.

This basically requires a “book report” on each book. It’s a very common tactic across the country by school officials. They purposefully make parents jump through bureaucratic hoops and try to wear them down right away. Then they would use another bureaucratic process to squash their efforts using legalese and jargon.

Once their reports were submitted, he told them, he would appoint a committee. The committee would review the material and make a determination on whether it “meets the parameters of our school board policy for the selection of library material” (which is conveniently vague). Then the committee will determine whether it is “appropriate for the middle school library” and submit a written report.

Bonnie decided to go forward and submit a form for one the particularly egregious books, Sex is a Funny Word, which written in comic-book style.

In the 2-page hand-written answers on the form, Bonnie described what had happened in her class and also quoted from an online interview with the book’s author.

A student in my class was touching his nipples under his shirt and began rubbing his genitals over his pants. The SPED teacher was close by and saw the book and his actions and took the book.

The author stated, “I wrote this for a private audience, not for kids to read at school; some things we should talk about at school and some things we shouldn’t. There are some things sex educators shouldn’t do in school like talking about how to have sex.” My concern is that he [the author] also says that kids can handle the material because he talks to 7-10 year olds.

A teacher is now forced into the position to have complex conversations that are reserved for qualified professionals in the field. 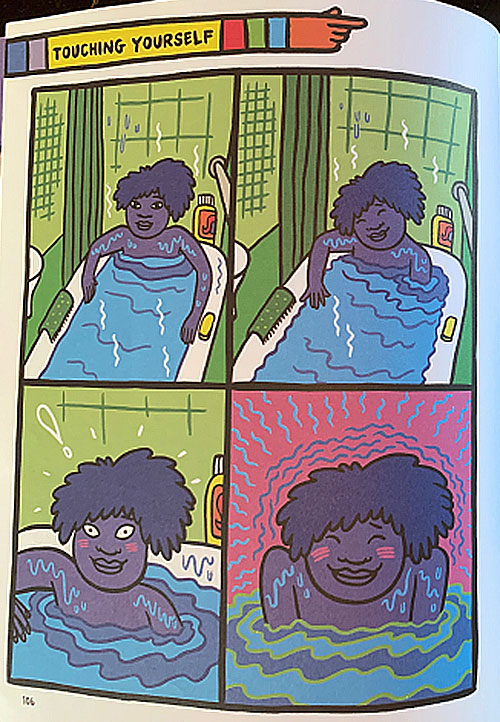 At the end of her hand-written response, Bonnie attached nine typed pages of very disturbing quotes from the book. 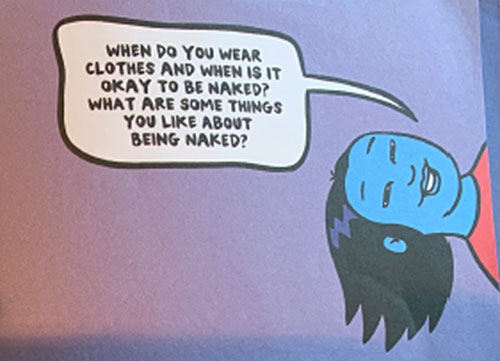 These are some of the sexual messages that this book gives to children. 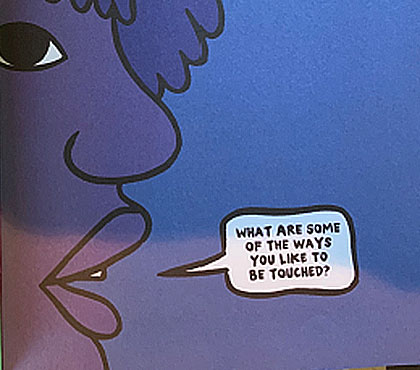 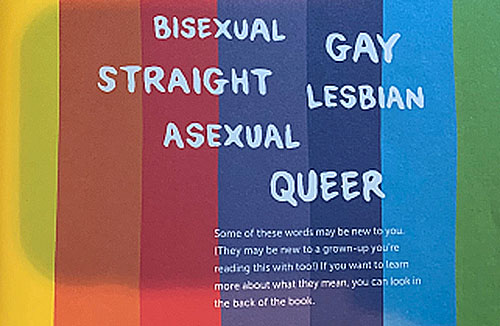 And, of course, the book then leads children into these other directions.

Regarding the anus the book tells kids:

Between the cheeks, there is a hole or opening where poo (also called feces) comes out. This hole is called the anus. Like other holes in the body, the anus is usually very sensitive, which means it can feel good to touch but can also hurt if we are rough with it'

It is hard to imagine any adult wanting to give this material to 11 to 13 year-old children whose emotions and psychology regarding sexual issues are so vulnerable.

After receiving the form, the Superintendent appoints the committee

What came next is a lesson for all of us on how disconnected from reality our school officials are.

The Superintendent, Dr. Todd Gazda, appointed the following committee to review Bonnie’s submission on Sex is a Funny Word:

Jamison Hedin (Committee Chairman).  He is the librarian at the high school in Ludlow

Michelle Annecchairico. She is a Baird reading teacher who has helped promote these books. She also seems to be an activist in the community against parents on this issue.

Michelle D’Amore
She is the head of the Baird English Dept. Very left-wing. One parent described her as “a cross between Gloria Steinem and Jane Fonda.”

Michael Kelliher
He is a Ludlow School Board member. In School Board meetings, he hass been the most openly hostile against parents, As one parent put it, he is “the leader of the opposition.”

Stacey Monette
The Principal of Baird Middle School, who originally brushed off Bonnie’s concerns when Bonnie met with her.

Jacob Oliveira
At that time he was a School Board member and is now a State Rep. Openly homosexual and extremely left-wing.

Not surprisingly, there was no parent on this committee.  This “committee” was clearly stacked for the outcome they wanted

The committee submits its decision

On Feb. 13, 2020, the committee submitted their decision. It was just what you would expect.

Their unanimous verdict: “The content is age-appropriate for middle school students and should be freely available.”

Their report starts with listing the resources they consulted. Besides the Library Policies and Reconsideration Policies, they were not asked to consult any other resources to make their decisioon – but they did anyway. It’s interesting to see what else they considered to be important “resources” in this matter.

They included the Massachusetts Comprehensive Health Curriculum Framework, which is quite radical, but is only a general guideline, not state law. They read reviews of the book from left-wing sources. And they included “Freedom to Read” nonsense from the far-left American Library Association, which basically assumes schools should treat young children as independent, mature adults.

The committee said that this book constitutes materials “that address basic sexuality education concepts are relevant to the information needs of 11-13 year old students and they have the right to access such information.”

And just to prove how out of touch with reality they are, they went even further with their bizarre assessment of the book (borrowing text from the Ludlow Library Policy). They stated that the content and presentation of the book provide for children:

l. Materials that will enrich and support the curriculum, taking into consideration the varied interests, abilities, and maturity levels of the students served.

3. A background of information that will enable students to make intelligent judgments in their daily lives.

And just for good measure, they add at the end, matter-of-factly:

Students have the First Amendment right to read and access information in a school library as affirmed in Counts v. Cedarville and Board v. Pico.

Since Bonnie asked that the book be removed from the entire Ludlow school system, the committee also referenced the copy currently at the Elementary School. They said that the book should be “available as a resource for staff members who may be working with students who need this information, but not be available for unrestricted circulation to students.” In our opinion, that concept is just as sickening.

Our readers should remember two important points. First, the school officials and staffers in Ludlow, Massachusetts, are not much different in their belief system and hostility toward parents than those we’ve seen in schools across America.

Second, this kind of bureaucratic warfare against any challenge is used in varying degrees in schools across the country to protect the radical agendas being pushed on children. These people are definitely not our friends, as many former teachers (and current conservative teachers) will attest!

But also, as you will see in upcoming installments, this battle CAN be won!

NEXT: The school officials take retribution against Bonnie for exposing the books.