The media love to paint a narrative that Donald Trump is an arrogant bigot who hates anyone who does not look him.

I  have seen numerous photos of this man, working with men and women of different backgrounds, ethnicities, and age groups.

The race card is one of the most tired and useless attacks now. I have heard it so many times, and have stood up to it myself.

If anyone was paying attention, the Republican Presidential primary had a far more diverse line-up of candidates, including two Latinos, one African-American, and a woman.

The Democratic Party primary had five candidates, and all of them were old and white.

Of course, the political talking heads and elites in the media are obsessed with these identity politics, when all of them need to relisten to Martin Luther King Jr's aspiration and exhortation, that we would all be judged by "the content of our character."

I welcome that Latinos for Trump community for rallying to support their nominee.

I approve their decision to step up and out, and stump for Donald Trump. 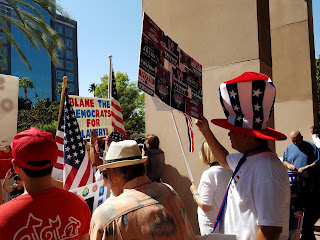 The crowd there was really inspiring.

I almost didn't make it to the rally.

I had so much planned ahead for this Sunday, and I wasn't sure I could put in the amount of time to get down to Anaheim.

In the end, I am so glad that I attended this rally! 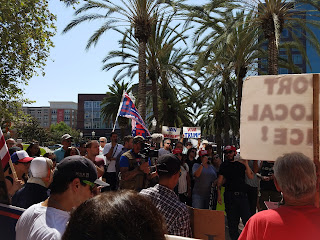 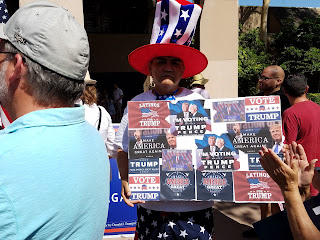 The above photo was great. This man is not afraid to bear his pro-Trump pride! 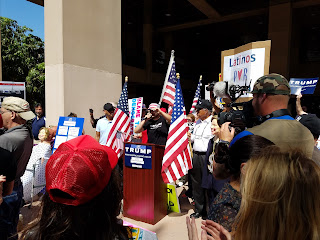 Raul Rodriguez showed up and showed his Trump Pride!

Raul has supported Donald Trump from the beginning.

He faced prejudice and hatred from some Latinos, but more people of Hispanic descent are not afraid to say that they support Donald Trump.

I may not have liked him at the outset. I have acknowledged a number of times that he was not my first choice.

But that does not mean that he is no choice at all. He is better pick for President than Hillary Clinton, and I will not vote for Gary Johnson or Jill Stein. 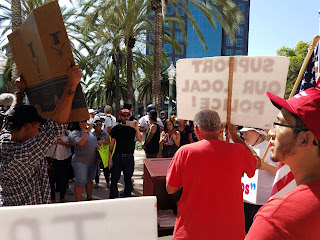 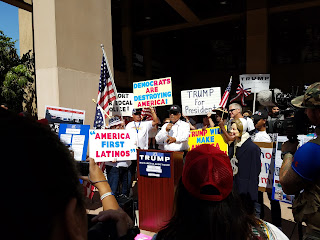 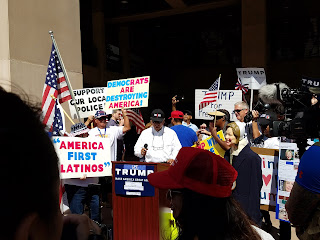 The man in the center with the white shirt was born in Texas. His parents were legal Mexican immigrants, and he has the same simple expectation that every person who enters this country does so ... legally.

This is not a racist request. 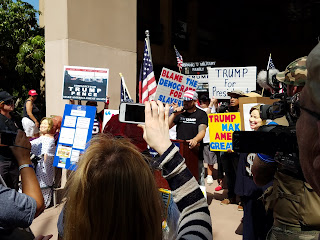 The man in the center did not hide his support for Donald Trump.

He talked about a variety of issues, including the national debt and national security.

He wants Trump to "Build that wall!"

Part of the reason why he and many other Latinos stepped up today to speak out?

They are tired of the media lies overshadowing his widespread support among diverse groups in the United States.

He also blasted the creepy Saul Alinsky tactics of Hillary Clinton and the Democratic Party, which shames people into silence with the race card.

These proud Latinos stepped up and showed their vocal and visual support for Donald Trump!

This poster really caught my eye: 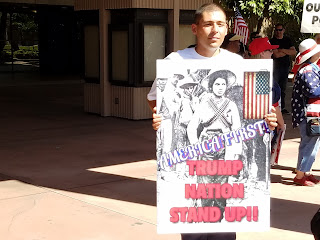 This man saw me walking up the steps toward Anaheim city hall.

Apparently, he had been there before the meeting even bega,: "You missed the opening prayer!" he told me.

This gentleman below helped organize the event. He offered to take a picture with me at the end of the rally/press conference: 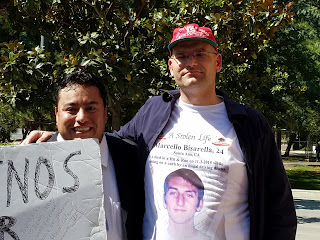 I was honored to take the photo above, especially as I was wearing a T-Shirt from the Remembrance Project.

Marcello Bisarello was killed by a drunk-driving illegal alien last November. What a tragedy, and right there in Santa Ana, California. If our country's leaders had simply enforced the immigration laws, Marcello and thousands of other American citizens would be alive today.

Here he is speaking at the outset of the meeting.

Unlike many immigrants and illegal aliens, he listed the many reasons that he is grateful to the United States of America. This country gave him a new life, safety, a career, a wonderful wife and family. 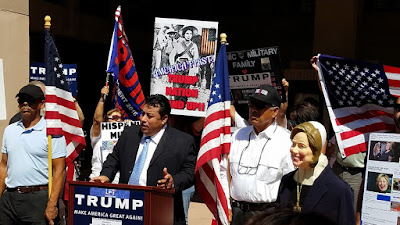 This is your country, he told us.

"It's yours, too!" I shouted back. Everyone cheered. 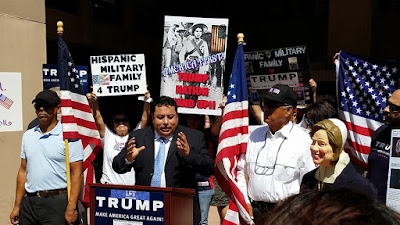 And if there is any more doubt about where this man stands on Trump: Here are more photos of e the People Rising, including Chanell Temple, who shared with the crowd her gratitude for the Latino community to come forward in their support for Trump.

She rejoiced that like many minorities, she escaped from the Democratic Party "plantation" a long time ago! 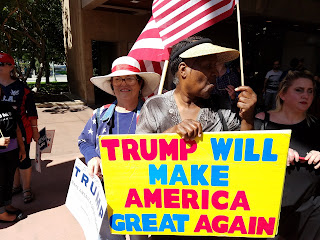 Dr. Robert Newman spoke to the crowds later on, as did many other Latinos.

The solidarity in the crowd this afternoon was inspiring and invigorating! 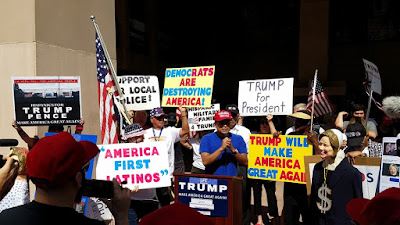 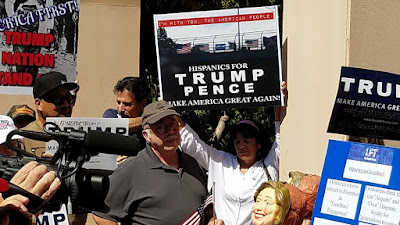 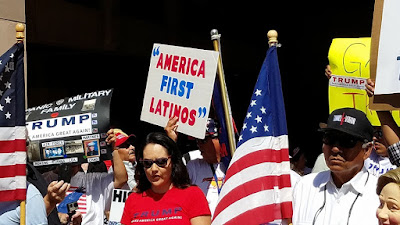 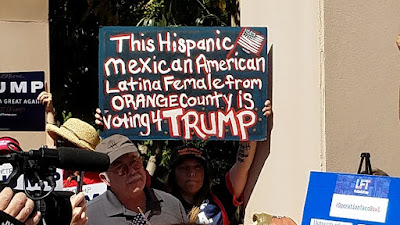 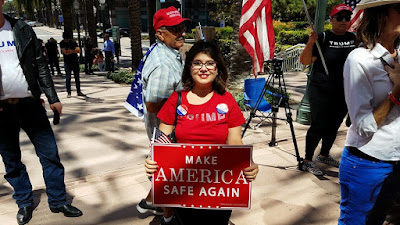 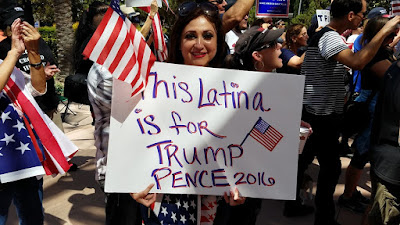 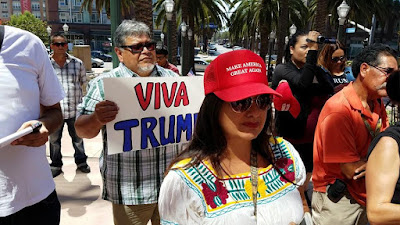