State Senator Ben Allen has appeared pragmatic to many elected officials in the South Bay.
That was the game that he played when he ran for state senate in 2014.
He played a more moderate card South of Dockweiler Beach.
North of LAX, he was as left-wing as he could be, embracing Henry Waxman as his champion endorsement.


Ugh.
California MassResistance showed up to confront the state senator as to why he chose to support SB 1146 the first time.
That was a bad vote. He should have voted no.
As soon as we arrived (August 19th), we noticed that there was a police officer in the office.
What is going on here?
Check out these photos here: 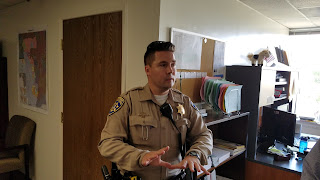 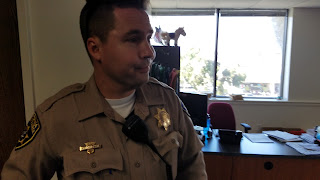 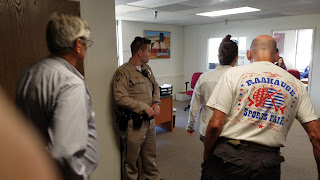 This man was not even a sheriff's deputy, but rather a California Highway Patrol Officer.

Shouldn't he be watching our streets to make sure that everyone is safe?

We are law-abiding citizens trying to understand why our state senator would vote against our First Amendment Rights?

Why would he side with a vocal, abuse minority at the expense of the natural rights of all citizens?

The staffers were very polite, but the California Highway patrol officer kept a sharp eye on all of us..

What is this, a police state?!

The California MassResistance team was unintimidated, in spite of the police state presence in the room.

And it did not stop there: 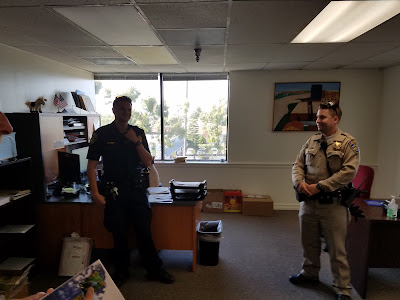 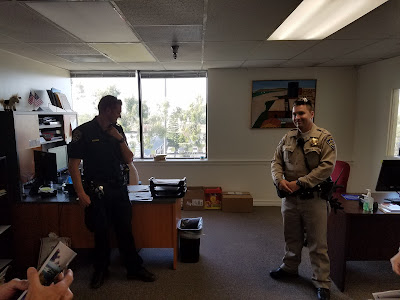 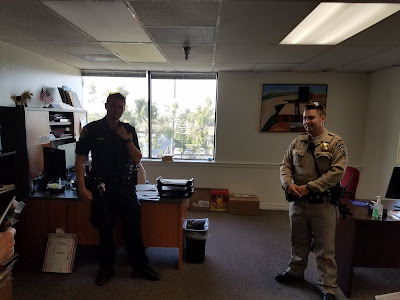 We laid out clear outrage about that senate bill. We demanded a No vote, and even consideration for expanding protection for religious freedoms.

Tracy Hopkins of Hermosa Beach brought up especially salient points, how the state of California was tilting towards irreligion, forcing out any reference, reverence, or recognition of the divine in our daily lives. 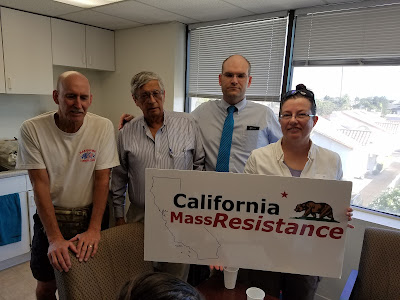 The Constitution is very straightforward in its Preamble, speaking of the necessity to "secure the blessings of liberty."

Without a moral underpinning for our society, we have chaos, criminality, and destruction.

We also reminded the state senator that his colleague in the state assembly, David Hadley, decided to vote no on the bill, so what was Ben Allen's problem? 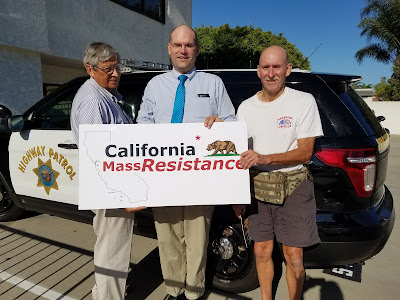 1. Why would he station two law enforcement officers to supervise four peaceful constituents?

Posted by Arthur Christopher Schaper at 10:48 AM