Sometimes, he stands on the right side of issues, even though he is one of the most left-wing legislators in California.

He wants to advance David Hadley's AB 803 legislation, which would facilitate communities of interest to form their own school districts.

Why do so many professionals not want to become teachers, though? 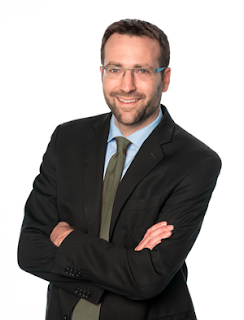 There are a large number of reasons why young college graduates do not want to become teachers.

I wish that Allen would focus on those issues.

Allen is more interested in pushing the destructive, perverse, secular, left-wing, anti-Judeo-Christian agenda in the state of California.

He cares about the plants, but not about people.

He wants to care for the animals, but what about the men, women, and children who live in this state?

He voted for SB 1146, Senator Ricardo Lara's brazen determinant to shut down Christian Colleges in the state of California.

This bill would limit the full, free exercise of religion on college campuses. The bill would open up these universities to lawsuits from individuals who identify as LGBT.

As I have written many times, and will continue to affirm, homosexual conduct is not an identity, and transgenderism is a mental disorder. Even if critics disagree with those sentiments, a wide-array of people believe that personal freedoms including speech, press, and religion should be respected.

Lara's overreach is abusive and contrary to the values and fundamental concerns of this country.

He is Jewish, and from what I know, he does not hide his religious views.

Why would he force Christian colleges to limit their views, their practice of faith?

Does he not regard his oath of office? He swore to uphold and defend the Constitution!

SB 1146 is in full defiance of the First Amendment. The bill should have never been conceived, let alone drafted and submitted.

It's time to call him out on this terrible betrayal of our rights!

Call his office and demand that he vote NO against SB 1146!!!