Someone needs to tell Al Muratsuchi that nobody wants him.

He needs to go back to the private sector or figure out the proper meaning of "public service."

He doesn't really understand it.

He was a seat-warmer in the state legislature for one term.

Then the voters fired him.

David Hadley has accomplished more substantive reforms in one term than Al did for one term.

Reminder: David Hadley is a freshman, a Republican, and the Number One Target in the state.

The Democrats want him out.

They cannot believe that this private investment firm banker, with a wife and four kids, and a stable life in the Beach Cities could beat down the Jerry Brown Barack Obama machine.

Now, Muratsuchi is begging to come back to the state assembly.

He will not define his opponent.

He will not make a clear case for why he should be elected.

He does not seem interested in talking about South Bay.

He wants to talk about Donald Trump, and how much he loves Hilary Clinton

With a historic presidential election rapidly approaching, it is time to take a real stand for the South Bay and our country.

Ha! This guy did next to nothing while representing the region.

He caved to the all the corrupt special interests in Sacramento.

For all his claims not to be an ideologue, he voted the Democratic Party line 90% of the time.

Our next president of the United States is going to be either Hillary Clinton or Donald Trump, with all due respect to third-party candidates. The choice between Clinton and Trump could not be more clear. The stakes could not be higher — for our children, our families, and our nation.

This is no time to stay on the sidelines of this historic election with your finger in the wind. We cannot afford to sit this one out or cast a protest vote. This election is too important. 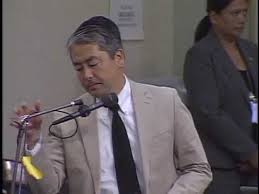 I denounce Donald Trump, and his mean-spirited, demagogic candidacy. As Republican U.S. Sen. Susan Collins recently declared, “Donald Trump does not represent traditional American values.” Fifty of our nation’s most senior Republican national security officials signed a letter declaring that Trump “lacks the character, values and experience” to be president and “would put at risk our country’s national security and well-being.”

First of all, Assemblyman David Hadley is not voting for Trump.

So why is he talking about the Republican Presidential nominee?

As a father, I am most disturbed by the potential reality of Trump as our commander-in-chief with control over our military and nuclear weapons. Trump has repeatedly demonstrated that he is a thin-skinned bully who is not temperamentally fit to be entrusted with weapons than can end the world as we know it. Former Republican national security officials, including former CIA director Michael Hayden and former Homeland Security secretaries Tom Ridge and Michael Cherthoff, recently signed an unprecedented letter declaring, “Mr. Trump lacks the temperament to be President,” and that he “would be the most reckless President in American history.”

Granted, previous leaders in Washington do not like Donald Trump.

Yet other leaders are disregarding the safety and security of this nation by supporting Hillary Clinton, a corrupt Wall Street corporate fraud who does not live under the rules dictated to everyone else.

Hard-core liberals cannot stand her, and conservatives with any sense wil do everything they can to stop her.

Why is Al Muratsuchi standing with a regressive Washington DC thug like Hillary Clinton?

As a former chairman of the California State Assembly’s Committee on Veterans Affairs and former member of the Governor’s Military Council, I condemn Trump’s complete lack of respect for our nation’s veterans and their families. The Veterans of Foreign Wars condemned Trump for attacking the grieving Gold Star parents of U.S. Army Capt. Humayun Khan, a Muslim American who was killed in action in Iraq. Trump also questioned whether Sen. John McCain, a former Navy pilot and Vietnam War POW, was a war hero, stating, “I like people who weren’t captured.” This, from a man who received four draft deferments and never served, is inexcusable.

This is the biggest BS excuse of them all.

Khan was a Sharia law adherent.

He had ties to other radical Muslim groups.

Let's also not forget that the father of the Orlando, Florida Islamic terrorist Omar Mateen was a front-row attendee and spectator at one of Hillary Clinton's rallies. Where's the sense in that?

How about all the work and outreach that Trump has done for our military, for our border security, and law enforcement.

For Hillary Clinton, Black Lives do not Matter, neither do Blue Lives, or Women's Lives.

Only her life in politics matters. 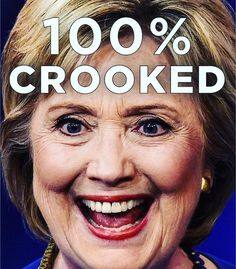 As a South Bay resident for many years, I also believe Trump should be unequivocally denounced for his repeated calls to ban all Muslims from entering into the United States. Trump’s call to exclude all people of the Muslim faith during our ongoing war against terrorism is disturbingly similar to what many South Bay residents of Japanese ancestry experienced during World War II.

This comparison is disingenuous and offensive.

Japanese is an ethic identity, not a religious adherence.

Being Japanese is in the DNA.

Being a Muslim is a matter of choice and ideology.

Nothing could be more simple.

During the war, more than 120,000 Japanese Americans were removed from the West Coast and incarcerated behind barb wire in desolate camps, solely on the basis of their ancestry. Decades after the war, in 1988, President Ronald Reagan apologized on behalf of our nation for this massive injustice that was, according to a congressional fact-finding commission, not based on military necessity, but on “race prejudice, wartime hysteria, and a failure of political leadership.” Trump apparently has not learned from this history, and appears ready to repeat another massive violation of our Constitution, this time against Muslim Americans.

Al neglects to mention that a DEMOCRATIC President by executive order (where have we heard this story before?) forced 120,000 Japanese-Americans into internment camps.

Why won't he call out the dismal record of racism, xenophobia, and ethnic hatred of the Democratic Party?

We need to take a stand against Trump. I am voting for Hillary Clinton. As a former secretary of State, senator, first lady, and lifelong fighter, she is the most experienced and best qualified candidate to lead our nation. I believe in what she stands for: a strong and inclusive America. No candidate is perfect, but there should be no doubt that Clinton would be better for our country, and our children’s future, than Trump.

She has the following things against her:

1. She lies--even when she has no reason to. That's a very deep sickness.
2. She steals from donors to pad her own agenda.
3. She insists on maintaining the open Clinton Foundation

This is a historic election. Take a stand and vote on Nov. 8.

This is a historic election, indeed, one where a Republican incumbent in a purple district will hold onto his seat for his incredible record of service and respect for constituents across the South Bay.

Al Muratsuchi is a union whore.

He is also a Hillary whore.

He will say and do just about anything to promote the most corrupt presidential candidate in U.S. political history.

The Middle Class abhors her, since she will only make things worse.

Anyone with half a brain find her incomprehensible.

Why are we settling for this Wall Street Hag?

Al Muratsuchi has a lot of explaining to do. He should be ashamed of himself for supporting an ambitious witch who is out for her own again, who is slowly dying before everyone's eyes but hiding her health from the public.

She has compromised the security of undercover forces with her corrosive misuses of classified information.

She is an international influence peddler with no regard for the best interests of this country.

She has to go -- and take Al Muratsuchi with him!
Posted by Arthur Christopher Schaper at 9:08 PM