So, what does Senator Ricaro Lara think of his constituents?

Find out on one of his Facebook posts from his personal page right here: 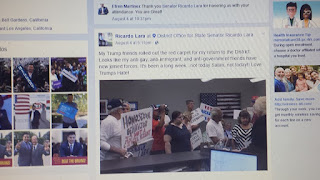 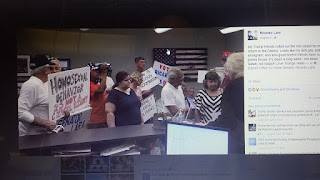 My Trump friends rolled out the red carpet for my return to the District. Looks like my anti-gay, anti-immigrant, and anti-government friends have now joined forces. It's been a long week...not today Satan, not today!! Love Trumps Hate!

And here's the picture: 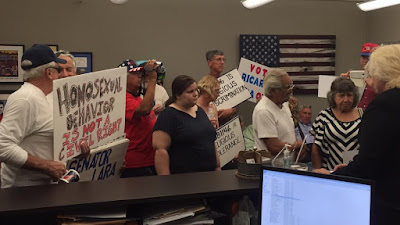 He is allowed to wear whatever he wants.

Furthermore, the rest of the people in this picture, including myself, were not storming Lara's office because of the Presidential election

We were confronting his staff--and the cowardly state senator who had run away instead of meeting with us as he had promised--because of his destructive bills which are destroying the state.

Check out one of the remarks on the page from Lara's supporters:

Enrique Robles Check their ID they probably don't even live in our District your real constituents support you keep the good Work !!!!!

Point of fact, the vast majority of people in that room ARE his constituents: 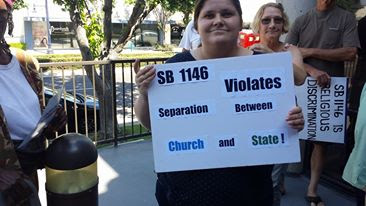 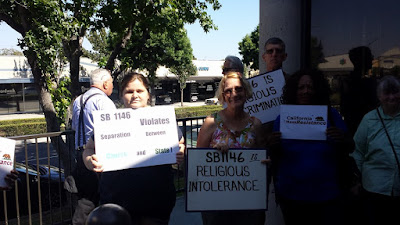 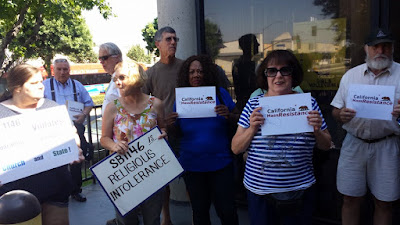 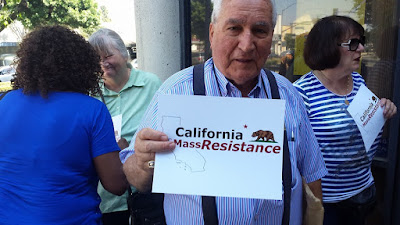 They come from Walnut Park, Huntington Park, and Long Beach.

Here's a video from June 29th, when his staff blew us off. Check the last part of the video, where constituents line up the hallway to speak with his staff.

And check out this video from August 4th.

We have another team of at least thirty people, and the majority of the team were constituents.

Instead of respecting their concerns, he calls them "haters."

What an arrogant bigot! 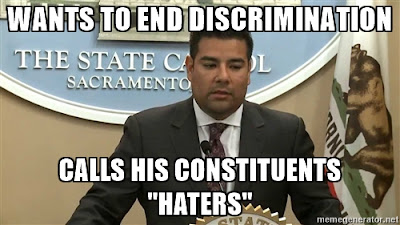