This is beyond shameful.

It's another election year, and Democrats are still behaving badly in Sacramento. 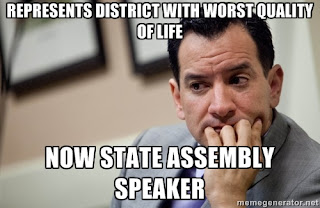 In 2014, four state senators were arrested, arraigned, tried, and convicted of serious felonies.

Why do Democrats keep trying to achieve a supermajority? They keep losing power as fast as they attain it!

Assembly Speaker Anthony Rendon put on a nice show, standing at his desk to receive the speakership, as if he was a man of the people.

Will he man up and defend the honor of California's women?

One of his colleagues, Roger Hernandez, has been accused of beating other women.

He was placed on trial for beating his girlfriend.

His soon-to-be ex-wife has issued a restraining order against him.

What is going on with Sacramento Democrats?

They engage in voter fraud, refusing to live in the district with the very people they claim to want to represent.

Now they beat their wives. 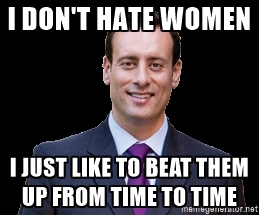 Hernandez was forced out of all his committee assignments only after all the Republicans raised their voices and demanded Hernandez' ouster.

All the voters in the state of California need to stand up for the women in our state, and demand that Rendon go one step further.

Hernandez need to resign or he needs to be suspended from the state legislature.

How can this man claim any money or benefits from the law-abiding taxpayers?

Call Speaker Anthony Rendon's office, and demand that he uphold the rule of law and defend the honor and integrity of the state assembly.

Tell him to demand Hernandez' resignation or push for his suspension!