How about those headlines lately?

“Donald Trump made a baby cry.”

Pretty soon, I am certain will read headlines like:

The media is showing its true—or rather false—colors, going all in to ensure a Hillary Clinton coronation.

Don’t sweat any of it. Donald Trump is drawing in record crowds all over the country, especially in the battleground states.

And yes … Obama and Hillary are very much to blame of the malignant terrorist group taking over the Middle East. I have met many people of diverse backgrounds who are getting behind Donald Trump.

Let’s not forget all the DNC hacking done by Wikileaks and other “Anonymous” Groups. DNC = Definitely Notorious and Corrupt!

Now, let’s get to business. 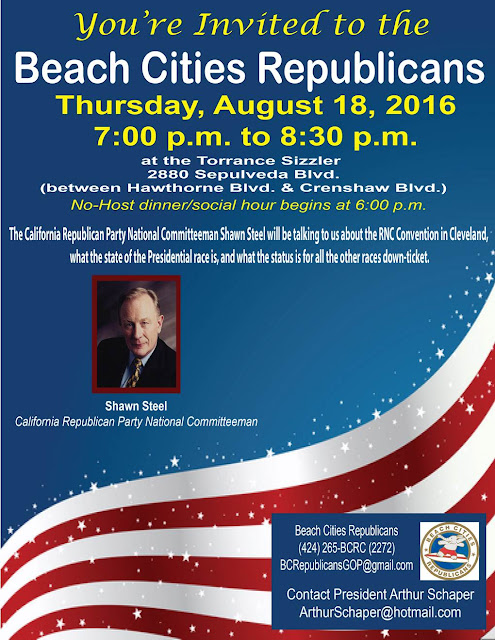 Don’t miss our next BCR meeting this Thursday, August 18th.

The California Republican Party National Committeeman Shawn Steel will be talking to us about the RNC Convention in Cleveland, what the state of the Presidential race is, and what the status is for all the other races down-ticket.

And …we have some other events coming up this week and next week to advance the conservative cause!

1. For those of you concerned about illegal immigration:

Join We the People Rising to protest the Huntington Park City Council for their ongoing appointment of two illegal aliens to city commissions. 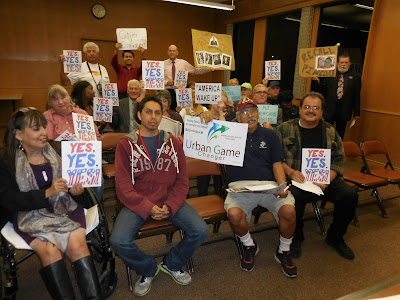 2. For those of you concerned about religious liberty, and the dangerous consequences of SB 1146—legislation which would force Christian colleges to take on unfair burdens and face lawsuits and closure.

Please join with California MassResistance to meet with the office of State Senator Ben Allen: 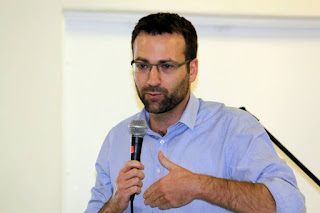 We will be there to demand Senator Allen's NO! vote on SB1146.

3. For those of you concerned about Agenda 21:

Our very own Tracy Hopkins has been leading an incredible grassroots effort to expose this dangerous, anti-liberty program in her own city.

She will be attending the next Hermosa Beach City Council meeting, urging city councilmembers to vote NO on Community Choice Aggregation.

Please join her and show your support

Please also feel free to contact me if you have any questions about the next BCR meeting or upcoming events—arthurschaper@hotmail.com.

Thanks, and looking forward to seeing you this Thursday!