Maine Governor Paul LePage has been a Godsend for New England and the conservative movement as a whole. He was never supposed to be governor, since Maine has been a center-left state for over thirty years. The last time the state went Republican was in 1988, and since then the state has gone Democratic. 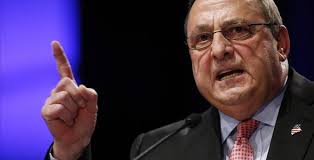 President Trump helped break down the Big Blue Wall holding the Pine Tree State captive. The state has a Congressional apportionment system for its Electoral College members, and Donald Trump won the majority of the vote in Congressional District Two.

Beyond that, LePage's conservative legacy has helped protect religious liberties, ensure economic growth, enforce all borders, pass comprehensive welfare reforms, and even constitutional carry was enacted. It's been nothing short of a conservative miracle in a state which no Republican had been competitive.

LePage has stood strong against the spendthrift legislature, and even though they have successfully overridden a number of his vetoes, his rejection of LD 912, which would have banned reparative therapy for minors, did not get overridden.

This is a huge victory for the pro-family movement.

There are currently 13 states which have banned conversion therapy for minors: 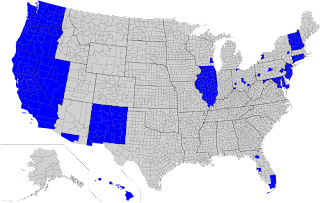 What's worse, in many of these states, Republican governors signed off on this legislation!

And the LGBT Movement is looking to make Maine and Massachusetts the next two states to carry on with this perversion.

But Maine's Governor Paul LePage was not just the First Republican, but the first governor period to slam this policy and veto the legislation.

This is a big deal. We are finally seeing some leadership in the country which is standing up for truth, morality, and biology.

Maine Gov. Paul LePage vetoed legislation on Friday that would’ve banned widely discredited “ex-gay” conversion therapy for youth in his state, making him the first governor ever in the United States — Democratic or Republican — to veto such a measure.

LGBT rights supporters resoundingly criticized the veto of LD 912 by LePage, a Tea Party politician who was once dubbed by Politico as “American craziest governor.” Fourteen states and D.C. have enacted similar measures.

Not fourteen. Where's the evidence for this? It's 13 as of press time. Perhaps the Blade thinks that Marx-achusetts will go along with this corrupt policy, too. Time will tell.

"I am vetoing LD 912 because it is bad public policy," he explained bluntly. Among other things, he rejects the idea that professionals like counselors need to be regulated beyond what they already are through their licensing requirements. Like people on both sides, he agrees that people shouldn't be abused in any way if they've "experienced sexual or romantic attraction toward an individual of the same gender." But, he goes on, as this bill is written, even a simple conversation with a therapist could be called into question. 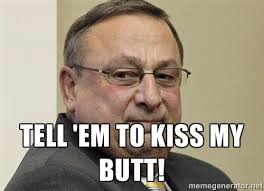 This is the kind of courage we need to see in all levels of Government.

This is a huge setback for the LGBT Hate machine and another victory for life and the well-being of children.