Placer County is supposed to be one of the most Republican counties in California.

And yet .. we just witnessed the Placer County Board of Supervisors chicken out on opposing SB 54, aka the Sanctuary State law.

This is unbelievable, outrageous! 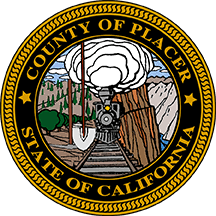 Check out the report from KCRA:

A motion to reject California’s sanctuary state laws died Tuesday in Placer County, which is one of the most solidly Republican regions of the Golden State.

Placer County supervisors heard emotional debate inside their packed chambers, with many people urging them to join the federal government’s lawsuit against California. People argued the state law undermined federal agents by restricting local police and sheriff's deputies from helping Immigration and Customs Enforcement officers trying to catch people in the country illegally.

This is beyond incredible.

The vast majority of people in the chambers demanded--demanded loudly and passionately--that the Board of Supervisors take a stand against SB 54.

Only one board member made the motion, but nobody seconded the motion.

What is the matter with the rest of the board?

“The state went too far by requiring local jurisdictions to adhere to these rules when the state has no authority to do so,” said Placer County Supervisor Kirk Uhler, who introduced the motion asking Placer County to acknowledge the supremacy of the U.S. Constitution in matters relating to immigration.

But, none of the other supervisors would second Uhler’s motion. So, it failed to go anywhere.

“It is zero-tolerance time,” said Genevieve Peters, who was holding a sign supporting President Donald Trump. “We're done. American citizens are done. We are taking our country back.”

Genevieve is our heroine-patriots here in Los Angeles County, but she was willing to take time out of her life to go to Placer County and demand that this county join with 13 other counties to oppose SB 54.

“We can’t be victims," Placer County resident Debbie Searle said. "We are creating a haven for people to come here who have already broken the law.”

Supporters of the laws include people like Tomas Evangelista, a DACA recipient who was brought to the United States illegally as a child. Evangelista grew up in Auburn, where he has strong roots.

Evangelista needs to be deported. He should have no bearing or standing to speak up in a public meeting for citizens.

"This is my home," he said. "I walked these streets in middle school. I went to elementary school here. I'm a proud graduate of Placer High School. I mean, this is my community. So, I am not afraid to be here right now."

You should be. Evangelista needs to hear the good news about the rule of law. He needs to be sent back to his home country, the place where his parents had brought him. The sob stories are over. We have too many Americans in need right now. This country has been more than lenient on the immigration issue, and there is simply no excuse for allowing the ongoing lapses against our nation's sovereignty. Where's the compassion for American citizens?

Other supporters included Amanda Sheldon, who said she believes SB54 makes everyone safer.

What a total crock!

“It protects our immigrant communities, so when there are crimes committed in our communities, people feel safe reporting that,” she said. “I'm here today because I want to ensure that my community remains a welcoming community.”

SB 54 protects criminals. Period. Foreign nationals who have broken into this country have already committed a crime, and then they commit more crimes, including violent felonies. Many of those crimes can be reduced to misdemeanors, which makes it all the more likely that they will be released back into California's counties and cities to commit more crimes and bring in more illegal aliens. 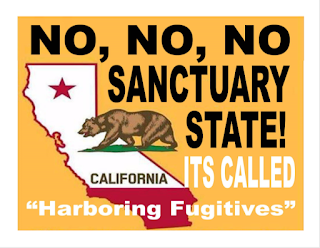 “I’m a parent, and when I tell my kids to follow the law and follow the rule of law, I expect that -- not just certain laws," Heather Arvin said. "We're not against immigration. It's legal immigration. We want to vet and make sure the people coming into our country that they are safe.”

Thank you, Mrs. Arvin! We need more mothers like that woman!
"The message I'm walking away with is one of hope," said Lisa Josephboch, a supporter the laws. "That we're going to continue to have civil dialogue, and even if we have opposing opinions with people, that we are going to do it civilly."

I know that one RINO was shoved off the Placer County Board of Supervisors earlier this year.

But it looks as though there's more work to be done. Something is happening in the northern part of California, as much as the left-wing takeover of the local and county boards has continued without interruption throughout Southern California, too.

The California Republican Party has gotten a little lazy. They have ignored the red sections of the state, as though nothing would ever happen there that would turn them blue. Over the last two months, I visited Siskiyou County. The residents have told me that pro-marijuana progressives are moving into Mount Shasta. The city has gotten more liberal, and it shows. I see yoga and magical crystal shops. There are more young people walking around, including people with backpacks. The area started to remind me of a more rural, green version of Santa Monica.

This is not good. The message of conservatism, of limited government, individual liberty, and constitutional governance must reach to every corner of the state.
Posted by Arthur Christopher Schaper at 11:28 AM