Four years ago, Professor John McAdams at Marquette University wrote a blog post criticizing a graduate student instructor for stifling debate in one of her classes.

According to his post, since the content of this information precipitated the legal battle which followed, one of the students in Cheryl Abbate's "Theory of Ethics" class shared her opposition to gay marriage. This was after class, however, since Abbate had determined out the outset that there would be no discussion about the recent, societal redefinition of marriage.

What's the point of an ethics class if there is no discussion for different sides of an issue?

The problem reached a head at this point:

And she added that somebody who is homosexual would experience similar offense if somebody opposed gay marriage in class. She went on “In this class, homophobic comments, racist comments, will not be tolerated.” She then invited the student to drop the class. Which the student is doing.

Terrible. The student was told to quit since the graduate instructor would not permit any discussion of a contentious issue like "gay rights" because it might offend someone. Freedom of speech means that someone will be offended. Professor Jordan Peterson expertly outlined this argument in this interview with Cathy Newman.

But McAdams has always been a fighter, unafraid of a difference of opinions, unwilling to relent in the face of left-wing elitist academia's political correctness to silence points of view. Rather than comply with their politically correct demands to self-censor his speech and apologize, he sued the University for breach of contract and free speech violations.


The Wisconsin Supreme Court ruled Friday that Marquette University political science professor John McAdams was improperly suspended after he publicly criticized a graduate student by name on his politically conservative blog, leading to threats against her.

The report looked at the differences of opinion on the case, even though four judges ruled in favor of the professors, and two justices dissented. One justice did not participate in the ruling.

The basis for the argument in McAdam's favor rested in the fact that his contract with the university protected his right to comment on issues on the campus. Nothing in the contract superseded his freedom of speech on his own blog.

The dissenters wanted the court to consider the impact of McAdam's blog post, since he identified the graduate student by name, and in turn opposition and outrage against the instructor spread throughout the Internet. The university had deemed that the professor's direct, open criticism of Cheryl Abbate violated the university's professional code of conduct.

Marquette stood by their decision to terminate McAdams, but they have choice but to reinstate John McAdams and restore to him the pay he lost over seven semesters. 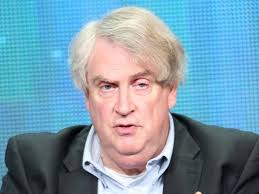 This case is an incredible win for freedom of speech, especially for campus academics who face the prevailing progressive headwinds more interested in buffeting students with groupthink. Universities used to serve as bastions of free thought, but with a reserved respect for religion and divine inspiration. A number of Ivy League Colleges (Harvard, Yale, Princeton) were founded as seminaries.

Marquette University is a private Catholic institution, and yet one of the graduate students (probably not the only one) wanted to suspend any discussion about gay rights, including gay marriage. One student's interest in sharing her opinion and making her case for natural marriage faced a sharp rebuke from the instructor, who in turn told the student to abide by the arbitrary standard or drop the class.

What about the rights of the students? What about the purpose of the course "Theory of Ethics"? TA Abbate's decision to scuttle discussion on this issue was a breach of contract, wasn't it, or at least false advertising.

But what about McAdams' decision to identify the graduate teaching assistant who had dismissed the student's concerns? Perhaps it was not the most "ethical" decision to share the person's name. Then again, the university and its staff should adhere to a code of conduct which respects diversity of opinion, not just hegemony to one ideology.

The fact is that the student reported to the professor, and the professor exposed the graduate assistant. Many students face similar shut-downs from their  left-wing instructors and their peers, and McAdams had every right to share that information.

We should commend the professor for standing his ground for the last four years on this matter. He didn't take down his blog post. He didn't apologize for sharing his views. In fact, he was standing up for not just freedom of speech and freedom of inquiry, but a renewing defense of the natural marriage, a fundamental value which makes civilization, and civilize society, possible.

The university's argument that McAdams had violated the institution's code of conduct is fatuous. McAdams did not call for shame, blame regret, or abuse against the graduate instructor. The blame for third-party interests to attack the teacher does not belong to McAdams. Speech does not create violence. Individual or corporate responses to speech may be violent, but the blame for these actions belong to those actors.

Like everyone else, Prof. McAdams is responsible for what he says and does, but not for the responses and reactions of other people. Of course, a cult-like adherence to blaming others for students' misbehavior has grown commonplace on college campuses. Let's look at the deeper issue. The Catholic University wanted to cover up for and defend the illiberal graduate student instructor. The university was prizing inclusion over freedom of thought and pursuit of truth.

This was a thinly-veiled assault not just on freedom of speech, but the pro-family movement in general. There can be no challenge gay rights or gay marriage. Students and faculty must bow down, bend over for the LGBT lobby, and anyone who steps out of line and speaks against same-sex behaviors, transgenderism; anyone who speaks for natural marriage biological gender verities must be silenced.

McAdams did not back off, he did not walk off quietly. He stood up for freedom of speech, he forced the self-serving, hypocritical university to abide by its "Catholic" standards even while universities around the country are fleeing from Western traditions of free speech, respect for individual liberties, and a frank respect for divine authority. 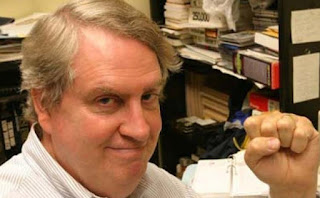